I flew from Tel Aviv to New York recently to help my grandmother for a few months. All my friends in Israel were talking about this movie In Between (written and directed by Maysaloun Hamoud), and I was frustrated because I couldn’t watch it. One day the movie’s account on Twitter started following me, so I asked if there might be a screening in NYC. Surprisingly, there was! I bought a ticket to the screening at something called “Athena Film Festival.” I didn’t know I was in for a treat.

In Between was wonderful. I felt an immediate connection because most of it happens close to where I live in Tel-Aviv. Of course, I know “the scene,” but the movie provided me with a peek inside a life I didn’t know existed so close to me. The stories of each of the three Palestinian women on screen touched a nerve. The first girl is having trouble finding love without giving away her freedom because men demand she be “a good Arab woman;” the second is suffering an abusive relationship; and the third is going through the agony of coming out as lesbian to her close-minded traditional family. All try to fit into Tel-Aviv society while struggling not to lose family, past and heritage. Life in the big city is colorful and attractive, as opposed to the lives they left behind, but it’s not all that easy. Directing, casting and editing were all fantastic. Some of the scenes will stay with me for a very long time.

After In Between (which screened on Friday night), I went back to AFF ’17 on Saturday to see the documentary City of Joy, and on Sunday to see the fact-based drama Denial. Although they were all very good, each in their own way, in my opinion, Denial was the best of the three films I screened at AFF ‘17. Deborah Lipstadt’s struggle to give up control over the legal process in order to win her case literally hurt my stomach. I could feel every feeling she had because Rachel Weicz’s acting was so amazing.

The story told in Denial was of great importance to me because most of my grandparents’ families were murdered in the Holocaust. In Israel, the subject is taught at school beginning at a young age, and we meet survivors and hear their stories. That was also why I could relate when, in the movie, Deborah Lipstadt wanted so hard to let to voices of survivors be heard, but was told by her legal team that they couldn’t take the stand.

Whenever I watch a movie made by or about women, I feel there’s something different about it. Characters seem to have deeper characteristics and more refined emotional depth. In all the movies I’ve watched at AFF ‘17, I was in awe, seeing how powerful women are, what we can achieve by ourselves and as a group, how strong we can be and how beautiful we all are. We should stick together, support each other and be better as human beings through this unique connection.

BONUS: In Between has won accolades at Spanish, Canadian and Israeli film festivals. Click here to read an interview with writer/director Maysaloun Hamoud. Note that In Between is the film’s English title. In Arabic, it is called “Land Sea,” an expression meaning “Neither Here Nor There,” which is the film’s name in Hebrew.

Bottom Photo from IMDb page for In Between: Mouna Hawa, Sana Jammelieh, and Shaden Kanboura in Bar Bahr (2016). 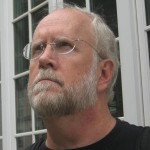