FF2 Media Contributor Stephanie A. Taylor detailed the $10,000 Allstate grant given to the Gene Siskel FIlm Center in support of the Black Harvest Film Festival’s youth filmmaker program in her January 9 article.

According to Jean de St. Aubin, Executive Director at the film center, the idea for this collaboration is Marcus Spearman’s, a board member at the conservatory. De St. Aubin says everyone loved the idea but it wasn’t planned and neither organization had the budget for it. As a result, they reached out to Allstate.

Cheryl Cooke, Program Officer at Allstate, says their relationship with the film center has been five years long. They wanted to be apart of and see the issues brought to life by minority filmmakers. Originally, they were strictly involved with contributing to the arts but then began to move into youth empowerment and violence prevention. “So now we’ve moved on from just looking at the film festival as it is, to looking at what youth can do around film,” Cooke said. “The program is about looking at your community, looking at your family–telling your story on film. We not only support the film festival, but we support youth involved in filmmaking during the film festival.”

Dionne Nicole Smith, Associate Director of Development, has worked with Cooke to help keep the program running. She supported the funding of the arts, stressing the importance of helping to change young lives; encouraging art rather than violence.

The Best of Black Harvest started five years ago with original screenings at Chicago public libraries. De St. Aubin says that the program “is effective on a number of levels,” believing that it’s important for people in the community to see filmmakers who look like them. “I think it broadens people’s horizons. It makes people think about what’s possible for their future.” 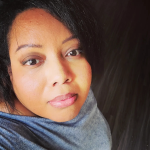