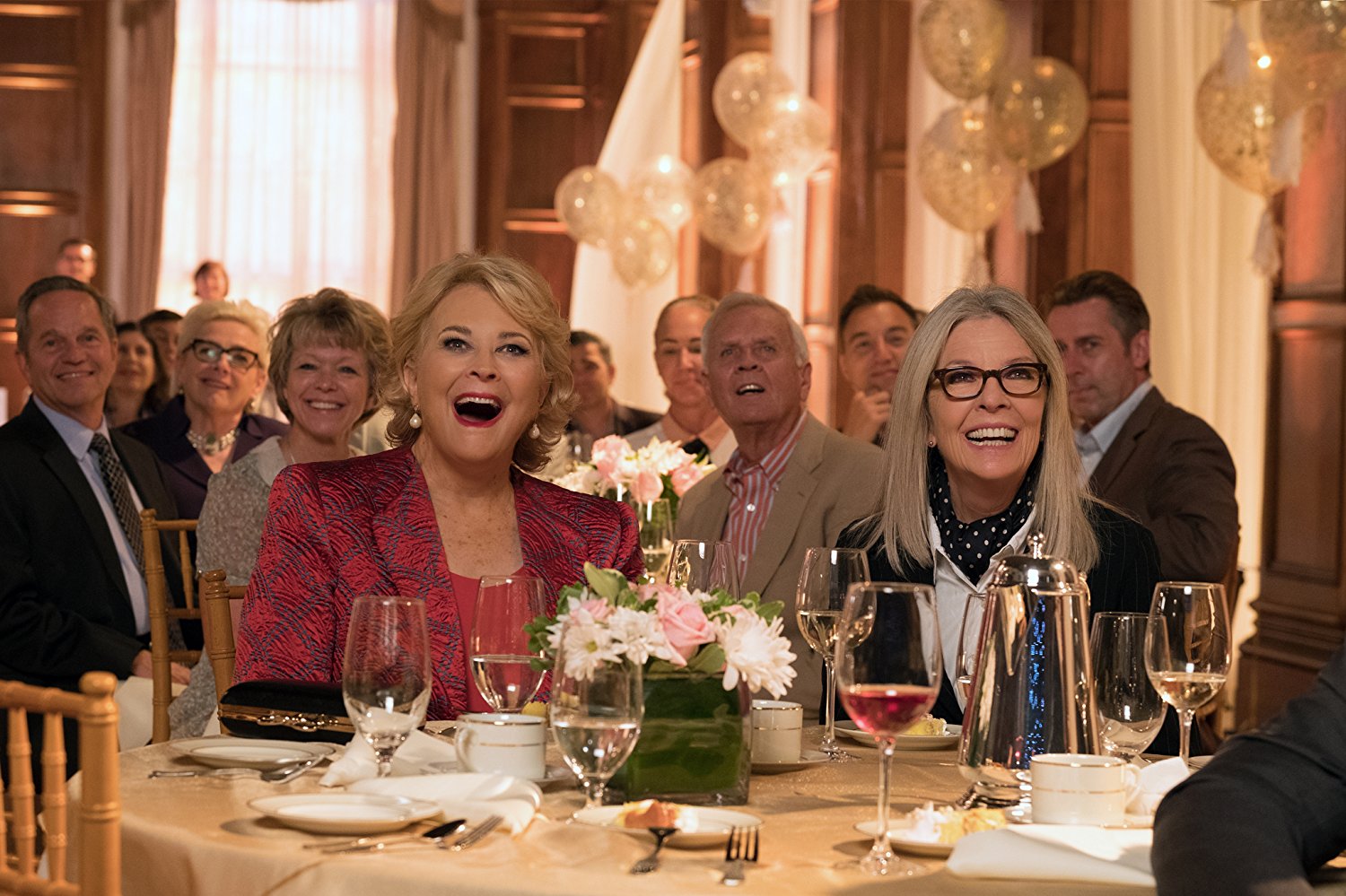 Book Club opens today and co-writer Erin Simms took time out of her “nerve-wracking” day to chat with me about the making of this humorous and light-hearted romantic comedy geared toward women over 50. (Yes, we exist!) The film depicts four lifelong friends, Diane (Diane Keaton), Vivian (Jane Fonda), Sharon (Candice Bergen) and Carol (Mary Steenbergen) who meet monthly to discuss a book. Vivian, the wild child of the group, throws them a curve ball as she presents the Fifty Shades of Grey trilogy. The discussion and reactions it creates are nothing short of priceless, reminding us that while we all get older, our hearts never do.

Bill Holderman has worked with Simms since 2012 when he interviewed her to be Robert Redford’s assistant while filming The Company You Keep in Vancouver, Canada.  Simms has been in the film industry since she was 15 years old as an actress, but gave up that aspect of her career and moved to the western coast of Canada at the age of 34 to start over. She recalled, “I just had a feeling that there was something out there for me.”  Simms explained that although she was “just a temporary hire” for the Redford project, the team realized she had much more to contribute than just grabbing coffees. “They offered me a job to come down to LA and be the development executive. I don’t think that happens that often because he had to sponsor me … It’s pretty miraculous.”

Holderman and Simms worked together on various projects and as he wrote and rewrote scripts, she helped develop characters and dialogue.  “He was writing [and] I was story editing next to him.” The genesis of this current film came from a bold gift on Mother’s Day from Holderman—the infamous Fifty Shades of Grey. Simms followed suit and gifted her mother and stepmother, both of whom received the book with a humorous reaction.

Book Club is a star-studded film on what Simms described as a “tiny” budget.

“It was as independent as I think you can get with this kind of a cast,” she said. “Typically, with that kind of a budget, you don’t have legendary actors like Diane, Jane, Mary and Candice.  We had to be extraordinarily scrappy…It felt like The Amazing Race because somehow we had to make it work with what we had.”

The actors, all seasoned professionals, took their work seriously and came prepared as there was no time to waste.  “Our shooting days were strict. We weren’t allowed to go into overtime so…it doesn’t leave you time to mess around. … There was a constant level of panic that we were hiding from the women because they were having the time of their lives and we were having the time of our lives with them, but we had to keep that train moving.”

Simms shared that each of the four women, all with separate storylines, filmed for one week individually and then convened for one week. Simms described Bergen, the first to film her story, as having “laser-focus” and comedic timing honed to perfection.  “She’s a comedic ninja!” And Fonda, to help with all four women getting to know one another, even had a sleepover.

Both Simms and Holderman stuck to their guns when it came to casting these older women even when it was suggested “younger” women in their 40s or 50s be cast instead.  To Simms, this was not an option. “…these are my favorite actresses…I actually grew up watching … Murphy Brown [and] I’m obsessed with Diane Keaton movies…so to me, the minute somebody mentioned someone else, I was just like, ‘Are you out of your mind? We’re talking about Diane Keaton, Jane Fonda, Candice Bergen and Mary Steenburgen!’  So was it hard? No! Because we never entertained another option… To me, the comedy is born out of the fact that it’s women of a certain age so we’d have to rewrite the entire script if we were going younger… And so my general reaction if somebody had mentioned going younger was, “You’re dead to me.  (Laughs) You don’t understand and I’m not interested in this conversation.”

Simms expressed great appreciation for talking with those who are older than she is. “If I’m going to have a conversation with someone, I tend to want to talk with somebody older than me because wouldn’t you want to sit down with these women and hear about all their life stories?  These are people who continue to live their lives to the fullest; they’re working, they’re successful, they’re ok with being older. It’s all pretty inspiring to me.”

The co-screenwriter felt that her career, as it “zig-zagged a thousand different ways,” allowed her to share a key piece of advice for those coming into the film industry:  “…forget your ego and take any job to get in the door because if you’re smart, people will figure it out very, very quickly. I think people are not willing to take a step backwards to get ahead.  That’s what I did. I took a giant step backwards. I mean I was on TV shows and I started back being a production assistant…Be willing to start anywhere and get in the door and then also, hold on to your hat because it’s not for the faint of heart.”

Simms elaborated on that last statement, alluding to sexual harassment in this industry.  “I won’t get specific, but if you’re a woman and you’re breathing and you’re brought up in a male dominated industry, you certainly get your fair share of harassment.  I definitely experienced plenty of that…If you want to keep your job or you want to get the next job, you have to really figure out how to wend your way around these people who try to abuse their position.”

She sees times changing with the current movements, though.  “You can feel the change. I think men have been put on notice to a degree where they’re pretty scared to say one wrong word and I’m glad that they are.  They should check themselves. … But women have to support each other because that’s not always the case.” 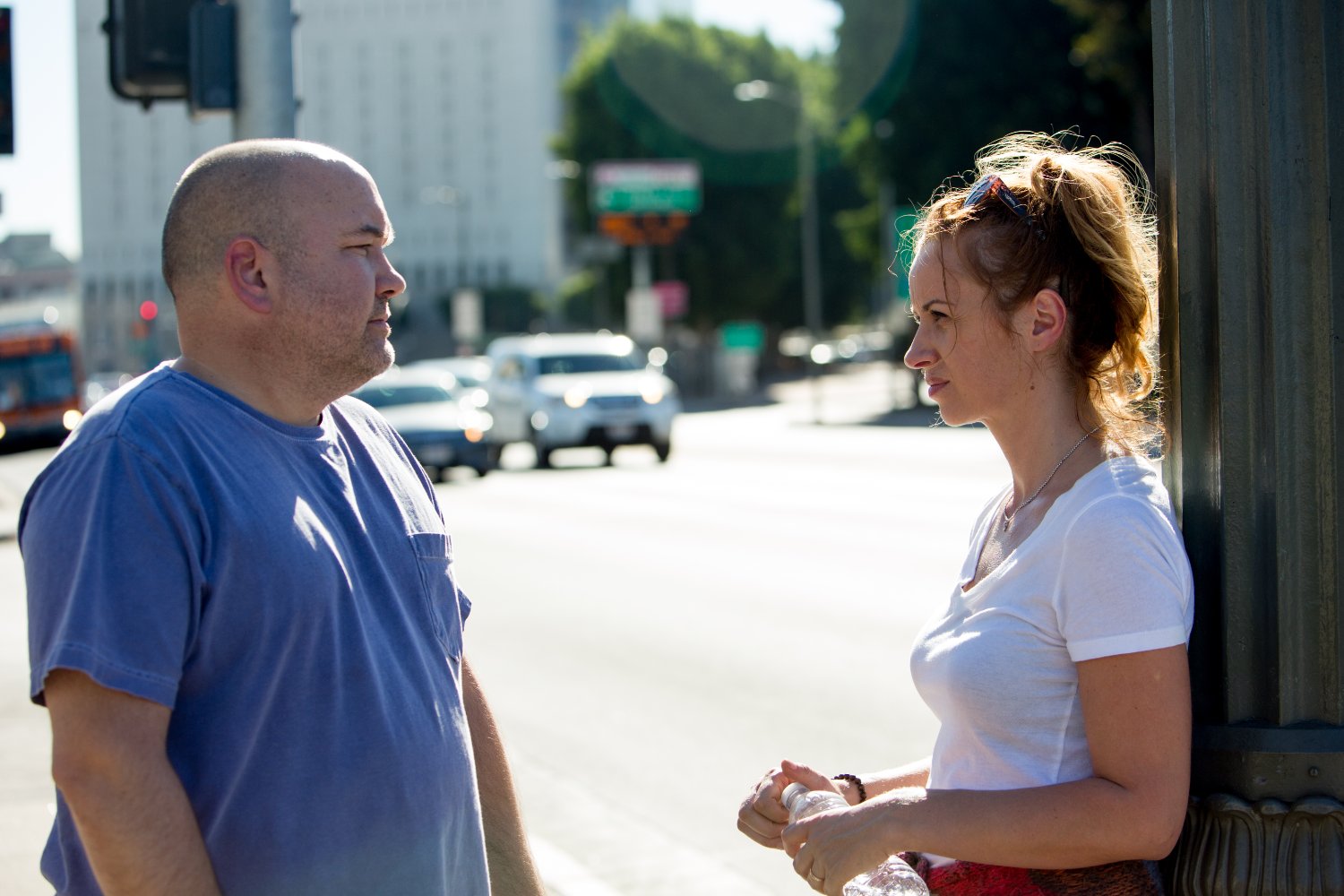 by Pamela Powell May 18, 2018
New York native film critic and film critic Pamela Powell now resides near Chicago, interviewing screenwriters and directors of big blockbusters and independent gems as an Associate for FF2 Media. With a graduate degree from Northwestern in Speech-Language Pathology, she has tailored her writing, observational, and evaluative skills to encompass all aspects of film. With a focus on women in film, Pamela also gravitates toward films that are eye-opening, educational, and entertaining with the hopes of making this world a better place.
Previous Post Next Post