In its third year, The Women Directors and Creators Film Festival spotlighted women in the film and television industry. The festival, which ran from September 1-9 at Tel-Aviv Cinematheque, featured films on the verge of commercial distribution or broadcast – each created by women directors.

One year and nine months since the last festival, the impressive and creative crop of films on this year’s lineup is one small step toward change in Israel’s film and television industry. Read below for FF2 Media’s Best of the Fest:

This documentary details the lives of Israeli soldiers who were wounded in service and are struggling to live with PTSD. The film tells the story of a brotherhood rising from the ashes. These brave young men find their strength in helping each other, forming a connection stronger than darkness, lifting their spirits and giving life a new meaning.

I was deeply touched by the stories of Gil, Ofer and Elad, thinking about my own friends fighting the same battles. War didn’t end for them when they were discharged from the army. Life is a continuous struggle they must live daily, missing another little piece of themselves each time they come back from war.

In When the Smoke Clears, the viewer gets to see what happens after it’s all over. It is both heartbreaking and inspiring.

Orna (Liron Ben-Shlush) is starting a new job in real estate sales. Her boss, Benny, is highly appreciative and supportive. She is happy for the opportunity to help her husband realize his dream to open a restaurant by providing for the family.

Life is looking good, until one day Benny kisses Orna on her lips. She is shocked at first, but after clarifying with him that it was a mistake and not going to happen again, she decides to not make a big deal out of it and keep her job. He compliments her good work with a high salary to persuade her to stay.

Most of the characters in the film are men, and it emphasizes Orna’s struggle to survive and succeed in a man’s world. When her boss continues to harass her, she tries to control the situation as best as she can, convincing herself that it was her own mistake leading to it. Orna is trapped, knowing she must provide for her kids and husband and if she leaves her job everything will fall apart.

Although difficult to watch at times for those who have experienced similar circumstances, it was emotionally accurate. (4.5/5)

Eden (Stav Strasheko) is new to town. She starts high school almost at the end of the year, just in time for the big deal that is prom. Special proposals are a show every other day, showing up on a white horse, for example, in the middle of gymnastics class, and taking the lucky girl riding proudly through the door.

Eden has a secret, which holds the reason for her family’s move from yet another home. She cares for her sisters, lives a small life, and tries to not stand out, but naturally attracts attention as the new student. Soon she becomes friends with two girls; Mika (Netsanet Mekonen) and Keshet (Noam Lugasi) who, like her, care a lot about their externalities. In high school, you have to be pretty and dress up, or you are an outcast and repulsive. They all share a dream to change something in their bodies to look better and be asked on a date for prom.

Mika and Keshet introduce Eden to Keren (Assi Levy), a cunning woman who offers to make their dreams come true. The girls are so desperate, affected by the superficial atmosphere around them that they are willing to sell a kidney to pay for a plastic surgery.

Although monologues in the film seem somewhat forced and unnatural, they fit the tone of superficiality and hypocrisy. The film is an interesting commentary on the young adult culture of shaming, excessive preoccupation with their phones, social media and external characteristics as an index to beauty and success.

It is also among the first Israeli mainstream films with a transgender character in it, a role played by Stav Strasheko, who was assigned male at birth but identifies as female. “Stav is an androgynous model who maintains a head of long hair, modeling in the appearance of being either male or female, but sometimes wholly ambiguous and of feminine (perhaps “boyish”) vanity.” (IMDB)

Flawless was nominated for the Ophir Award for Best Picture. (4/5)

Lana (Joy Rieger, who took home the Best Actress award at Tribeca), a stubborn teenager, has a dream; to leave the boring, almost dying town of Kiryat Yam and go to Tel-Aviv, the big Bustling city. Irena (Evgenia Dodina) her mother, is the owner of a crumbling old café at the end of the boardwalk by the sea, where people don’t go anymore. Their relationship is a complex of emotions. Irena wants her daughter to grow up, forget about her dreams and help around the café, although she knows this is wrong, because there is no future for her there. She is half jealous of her youth and possibilities not yet realized.

Lana wishes her mother would notice her; she wants her to sell the failed business and be happier. Her mother’s example for living is disheartening. She handles stress and sorrow by drinking and ignoring her problems.

Frustrated Lana longs for something interesting to happen. When handsome writer visits the sleepy town, Lana tries to impress him (and relieve her boredom) by making up a story about a mermaid that was allegedly spotted at sea by a local fisherman. The story goes viral and people flock to the seashore, looking for the mermaid.

Each character in the film has their own personality and depth, even minor players feel distinguished.

The Women Directors and Creators Film Festival is the initiative of Transfax productions and Tel-Aviv Cinematheque, in collaborations with The Directors Association, The Israel Academy Of Film, Israel Film Fund, Yehoshua Rabinovich Tel Aviv Foundation for the arts and United King Films. 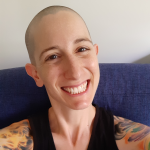