The 76th Venice Film Festival, which runs from August 28 through September 7, has doubled the amount of women directors from last year’s slate – with a total of two out of 21 films directed by women. Saudi Arabian director Haifaa Al-Mansour’s The Perfect Candidate and Australian director Shannon Murphy’s Babyteeth are the only two female-directed films in contention for the Golden Lion, Venice’s top prize in line with Cannes’ Palme d’Or and Berlin’s Golden Bear.
According to the report from Variety, artistic director Alberto Barbera did not directly address the continued exclusion of women directors in the main competition. Rather, he addressed the representation of female filmmakers in the festival’s other sections (documentaries, shorts, etc.) and the need to call attention to works “dedicated to the female condition.”
“Women directors are unfortunately still a minority,” he said. “But these portraits of women, even when they are directed by men, reveal a new sensibility geared towards the feminine universe, as had rarely happened in the past. This is a signal that perhaps the polemics of recent years have made an impact in our sensibility and our culture.”
The films are there, however, but are continuously shut out from festival competitions, critiqued by mostly male film critics and eventually excluded from award season altogether, perpetuating the cyclical problem.
For more than a decade, FF2 Media has shown that women directors are making films – what is missing is the appropriate coverage by film critics. This year, director Haifaa Al-Mansour (one of the two female directors that managed to break through the male-skewed competition), is fresh off her literary period piece, Mary Shelley. Recounting the legendary story of Mary Wollstonecraft Godwin’s late teenage years that led to the creation of her famous masterpiece, “Frankenstein,” the film circles around many of the prominent literary figures of the early romantic period in literature. Read FF2 Media’s full review here.


Babyteeth is director Shannon Murphy’s debut feature after directing multiple shorts and five television series. And so, with every passing “elite” festival, there is an artistic director stating that “women directors are unfortunately still a minority.” Only if competitions continue to make them the minority.
© Brigid K. Presecky (7/28/19) FF2 Media
Photos: Eliza Scanlen in Babyteeth (Photo by Lisa Tomasetti) 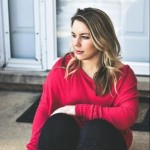