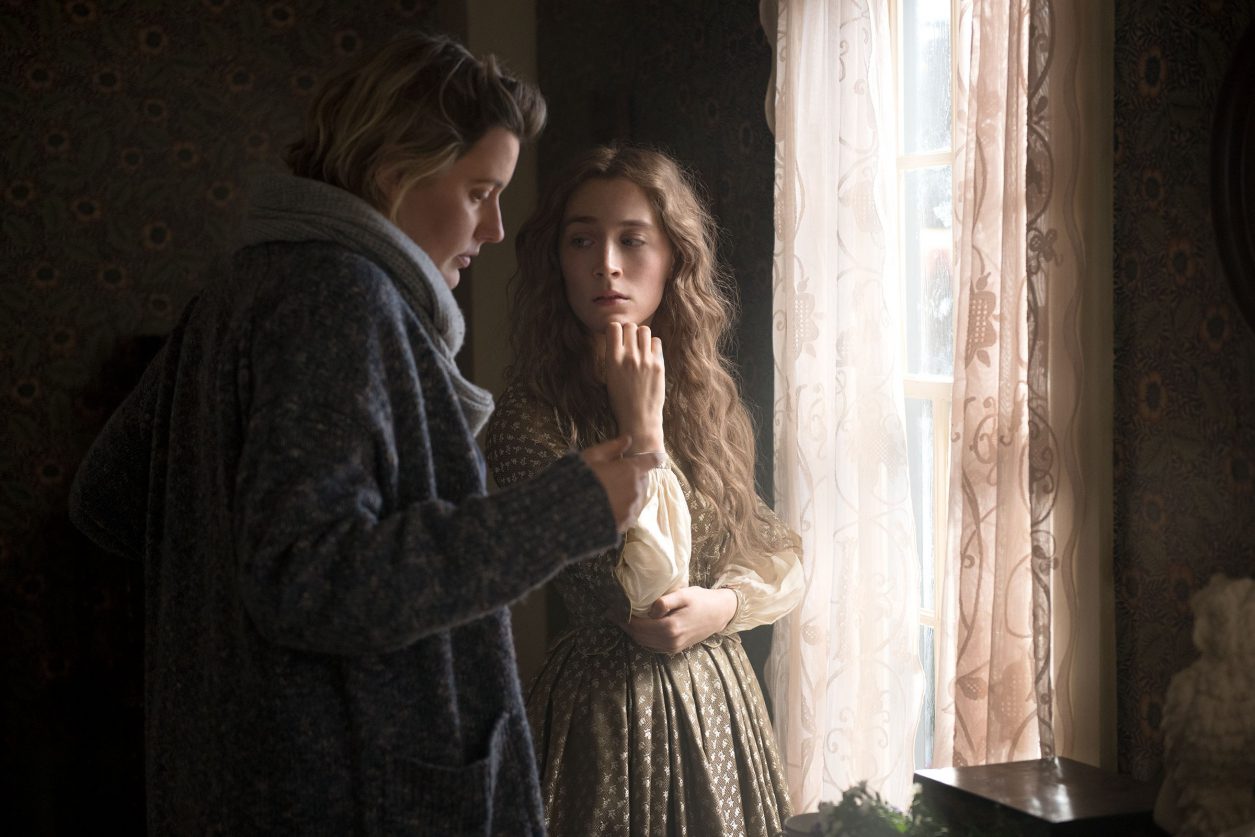 Nominees for the 92nd Academy Awards were announced Monday by the Academy of Motion Picture Arts and Sciences.

No women were nominated for Best Director. Only four women have been nominated in the category in 92 years, including Greta Gerwig (2017), who was overlooked this year for directing Little Women. (Kathryn Bigelow is the only winner in history, for The Hurt Locker in 2010.)

Gerwig is nominated for Best Adapted Screenplay. Little Women won the category at the 25th Critics’ Choice Awards on Jan. 12. Gerwig has also won for screenwriting in many major city critics groups.

Krysty Wilson-Cairns is nominated for co-writing 1917 with director Sam Mendes. She is the only female represented in the Best Original Screenplay category. These two films are the only Best Picture nominees with women writers, of nine movies in the category.

Little Women is the only Best Picture nominee directed by a woman. Actors Saoirse Ronan and Florence Pugh are recognized, along with Alexandre Desplat for Best Original Score and Jacquline Durran for Costume Design.

Four actors of 20 nominees were in films directed by women. In addition to Ronan and Pugh, Cynthia Erivo is nominated for Best Actress for her role as Harriet Tubman in Kasi Lemmons’ Harriet, which is also nominated for Best Original Song (“Stand Up”). Tom Hanks is nominated for portraying Fred Rogers in Marielle Heller’s A Beautiful Day in the Neighborhood.

Toy Story 4 is the only Best Animated Feature nominee written by a woman, co-writer Stephany Folsom. No nominees are directed by women, with Jennifer Lee’s Frozen II notably absent from the pack.

No female cinematographers were nominated. Screenplay and cinematography were completely ignored for female-directed films like Lulu Wang’s The Farewell. Actors Awkwafina and Zhao Zhen were snubbed despite their Golden Globe, Critics’ Choice and Screen Actors Guild nominations.

The Academy’s biased and skewed system is nothing new. But in a year when more than 200 films from female writers and directors were released, and many were recognized by other voting bodies, it is especially disheartening to see only one film with decent Oscar representation.