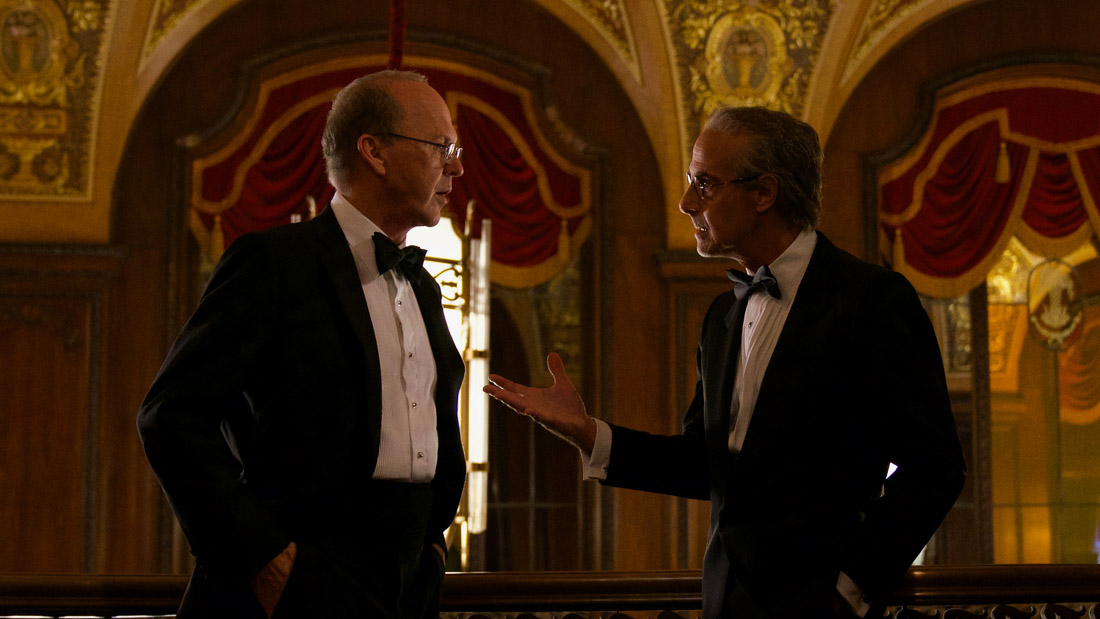 There were some standout films from returning female filmmakers on the mountains. At the same time, it was also nice to discover some new filmmakers to keep an eye on. While I won’t be covering the shorts programs in this article, you can always discover future feature filmmakers in the program.

If there’s a film that truly stood out to me, it was Save Yourselves! The film from co-directors/writers Eleanor Wilson and Alex Fischer was one that was able to truly resonate with me. As someone who unplugs for 25 hours a week (in some instances, 49 or 73 hours), I found myself connecting with the material. You never know what’s going to happen when you unplug. Try doing this at a cabin in the woods and well, anything that can go wrong will go wrong. Both John Reynolds and Sunita Mani carry the film from start to finish. The cast is minimal with most making appearances off-camera so the film lives or dies on their back. The film is looking for distribution.

On the documentary front, Netflix came in strong with the 1-2 opening night punch of Crip Camp and Miss Americana. While I had an idea of what to expect from Miss Americana, Lana Wilson was able to paint a different picture of Taylor Swift than what we’re used to seeing in the media. Celebrities only show us what they want us to see on social media. Yet in the film, what we see from Taylor Swift is someone who is raw and vulnerable. I discussed it with Lana Wilson during Sundance, but the best sequence is when she wants to break her political silence. You can’t help but feel for her and her family when this takes place. The film is currently streaming on Netflix.

Crip Camp is co-directed by Nicole Newnham; this film deserved its Audience Award win at Sundance. The fact of the matter is that it’s a film that gets people talking. Where Miss Americana was no doubt a popular pick, Crip Camp is a conversation starter. This film dives into disability rights history that just doesn’t get taught in school. While the Obamas executive produced the film, it’s one that the Carter administration doesn’t want you to see. This film is more than just the story of Camp Jened. The camp would pave the way for the Americans with Disabilities Act. It’s simply amazing just to think about it. Netflix will release at a later date.

Worth is another favorite of mine. Sara Colangelo returned to the fest with a film about the 9/11 Victims Fund. While there are some characters that are composites, the brilliant performance of Michael Keaton as Kenneth Feinberg is what makes this film shine. Stanley Tucci, Amy Ryan, Tate Donovan, and Laura Benati help round out the supporting cast. How much is a life worth? In the eyes of the government and lobbyists, the answer may vary. Feinberg is one of the best at what he does even though the task isn’t an easy one. The film is currently seeking distribution.

Promising Young Woman is one of those films that people should go into knowing as little information as possible. I went into the second public screening without having watched a trailer or barely read the synopsis. I was all the better for it as I watched Carey Mulligan perform on screen. I’m going to be honest – I’ve yet to watch Killing Eve, but writer-director Emerald Fennell hit a home run on this one. Bo Burnham co-stars while a number of familiar faces fill out the supporting cast. It’s hard to discuss this wild ride without giving it away. Focus Features is releasing the film in April.

Never Rarely Sometimes Always was among the most political films at Sundance for a film that wasn’t a documentary. It’s a look at what people from rural communities must do when it comes to getting an abortion and aren’t in a position to get parental consent as required by law. Writer-director Eliza Hittman managed to hit a home run at Sundance yet again. The filmmaker certainly has done her research and it shows. Moreover, the film allows for showcase performances from both Sidney Flanigan and Talia Ryder. Focus Features is releasing this March.

Shirley is the first film from Josephine Decker since Madeline’s Madeline. The film is a biopic-esque look at gothic writer Shirley Jackson. Elisabeth Moss continues to crush it on the screen–this time as a reclusive author who won’t leave the house. This allows for her husband, Stanley (Michael Stuhlbarg), to offer free room and board to a couple, Fred (Logan Lerman) and Rose (Odessa Young) that just moved to the college town. The only requirement is that Rose helps clean the house and take care of Shirley. All the while, Shirley is in the process of writing her next book. The film is currently seeking distribution.

Kajillionaire is a new type of heist movie that could only come from the mind of Miranda July. The contemporary film stars Evan Rachel Wood, Gina Rodriguez, Richard Jenkins, and Debra Winger. Wood disappears into the role of Old Dolio. However, once Gina Rodriguez’s Melanie finds her way into this family of con artists, it changes up the family dynamics. Focus Features acquired the film out of Sundance and is expected to release the film at a later date.

The Go-Go’s dives deep into the band’s history by way of archival footage and contemporary interviews. The sad thing is that they aren’t in the Rock and Roll Hall of Fame. If there’s something that this documentary does, it’s make a case for their inclusion. The film seamlessly weaves in the archival footage with the contemporary interviews. Showtime will air the documentary later this year.

by Danielle Solzman February 13, 2020
Danielle Solzman is a Chicago-based film critic and an aspiring filmmaker if she can ever put enough time aside to work on her feature-length trans-led political comedy script. When not in Chicago, she attends various film festivals such as Sundance, SXSW, Tribeca, and Toronto. She graduated from Northern Kentucky University with a BA in Public Relations while earning a Masters in Media Communications from Webster University after writing a thesis paper on comic books against the backdrop of the American political culture. Film Critic, Solzy at the Movies Member, Broadcast Film Critics Association Member, Galeca: The Society of LGBTQ Entertainment Critics Member, Alliance of Women Film Journalists Member, Online Association of Female Film Critics Member, Online Film Critics Society Member, Online Film & Television Association Tomatometer Critic
Previous Post Next Post