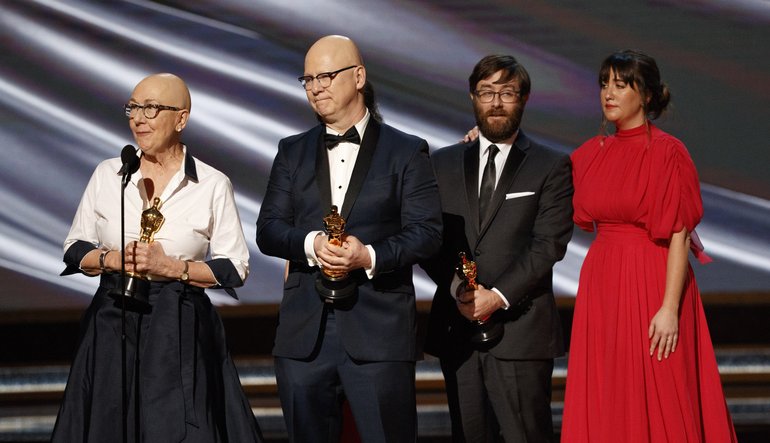 For the second year in a row, I covered the 92nd Academy Awards for FF2 Media. What made it more special, this year, is that I was wearing a red dress especially designed for me for the event by Mario and Jorge Designs, and I wore a red pin to go with it, saying, “Support Women Artists Now” (SWAN) that caught a lot of attention. The pin was a small symbol in support of female artists and female directors who were missing from this year’s nominations. I knew this year would be special the moment I found out I was accepted again to cover the Oscars.

My preparations for the big night started with the dress. I found two incredibly talented Chicago-based designers (Mario and Jorge) at a local fashion show who accepted the challenge and created a masterpiece in red, after a lot of sleepless nights. The result – one-of-a-kind beautiful dress with a mission to make a statement on the red carpet.

My adventure began on Feb. 7 after two airplane rides and a two-hour delay at the Phoenix airport. I picked up my media credentials, tired from the flight and stepped on the red carpet to report the pre-show. It was the day before the actual ceremony and many journalists were getting ready for their coverage from E! Entertainment to Ryan Seacrest and other international TV stations. I met some new faces this year and made new friends, while letting them know about FF2 Media and SWAN Day.

The theme of this year’s Oscars was sustainable fashion and all the stars shined in their glamorous outfits. The biggest surprise of the fashion night came with Natalie Portman’s Dior dress as she symbolically wore the names of the female directors who were left out from this year’s Oscars – Greta Gerwig (Little Women), Lulu Wang (The Farewell), Marielle Heller (A Beautiful Day in the Neighborhood), Mati Diop (Atlantics), Melina Matsoukas (Queen & Slim), Alma Har’el (Honey Boy), Lorene Scafaria (Hustlers) and Céline Sciamma (Portrait of a Lady on Fire). The celebrities also enjoyed a plant-based menu at the Oscars Governors Ball.

After I took a few great photos of my dress on the red carpet, I headed to the press room where all the winners come with their Oscars. I sat in the front row and I had the chance to see up-close Brad Pitt, Elton John, Laura Dern, Renee Zellweger and Bong Joon-Ho. Although the ceremony tried to make up for the lack of female nominees with female presenters, the awards show saw historical wins with Parasite receiving four Oscars, including Best Director and Best Film. The ceremony also included musical performances from Billie Eilish, Eminem, Elton John and others.

The highlight in the press room for me was to ask Julia Reichert a question after she won for Best Documentary for American Factory:

FF2 Media: My question is for you, Julia. You are the second female filmmaker standing on this stage tonight, so congratulations, especially in the midst of what’s happening with the Oscars and Golden Globes and so forth. So what message would you like to send out there to other female filmmakers, and what can we do to help support them so more of them can be on the stage holding an Oscar?

Julia Reichert: Sisterhood, which is another way of saying solidarity, which is another way of saying support each other. I mean, how did — when I first came to the Oscars in 1977, it was a sea of white men. Just a sea of white men in the press, all those photographers. It’s getting better. Now, how did that happen? It’s not by individual women.  It’s because we started realizing we got to work together, I believe, right? Right? We got to support each other and not fit into the patriarchy, like, not fit into the boys’ club. So what I would say? We don’t have to do it the way the boys have done it. We can do it the way women want it done, whatever it is, and sisterhood.

I was also the first journalist to ask Renee Zellweger a question after she won her Oscar and one of the three who were chosen to ask her. In addition, I asked Hildur Gudnadóttir a question, who was the first woman to win for Original Best Score for Joker.  At the end of the night I had the pleasure to speak to Tom Hanks, John Cho, Jonathan Pryce, Zazie Beetz, among other celebrities.

Once again, the 2020 Oscars was an unforgettable experience for both me and FF2 Media as we try to make a change in Hollywood one step at a time. In celebration of women’s creativity and gender parity, celebrate International SWAN Day (Support Women Artists Now) on Saturday, March 28, 2020, 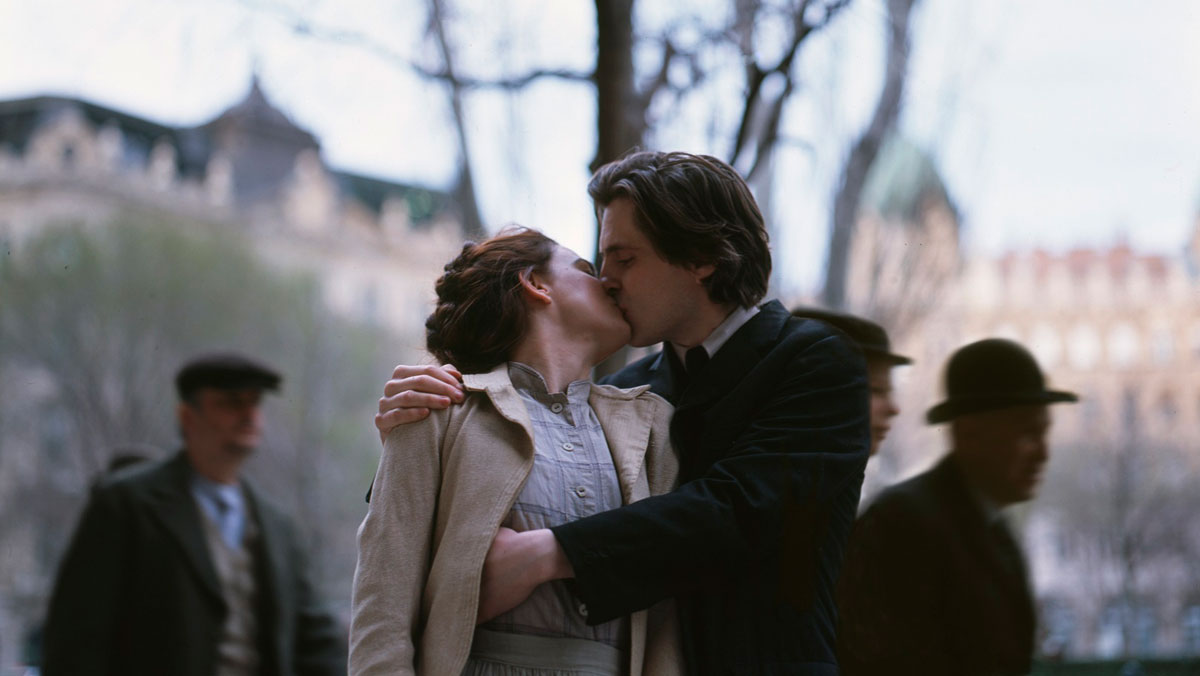 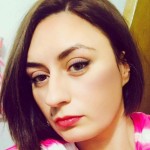