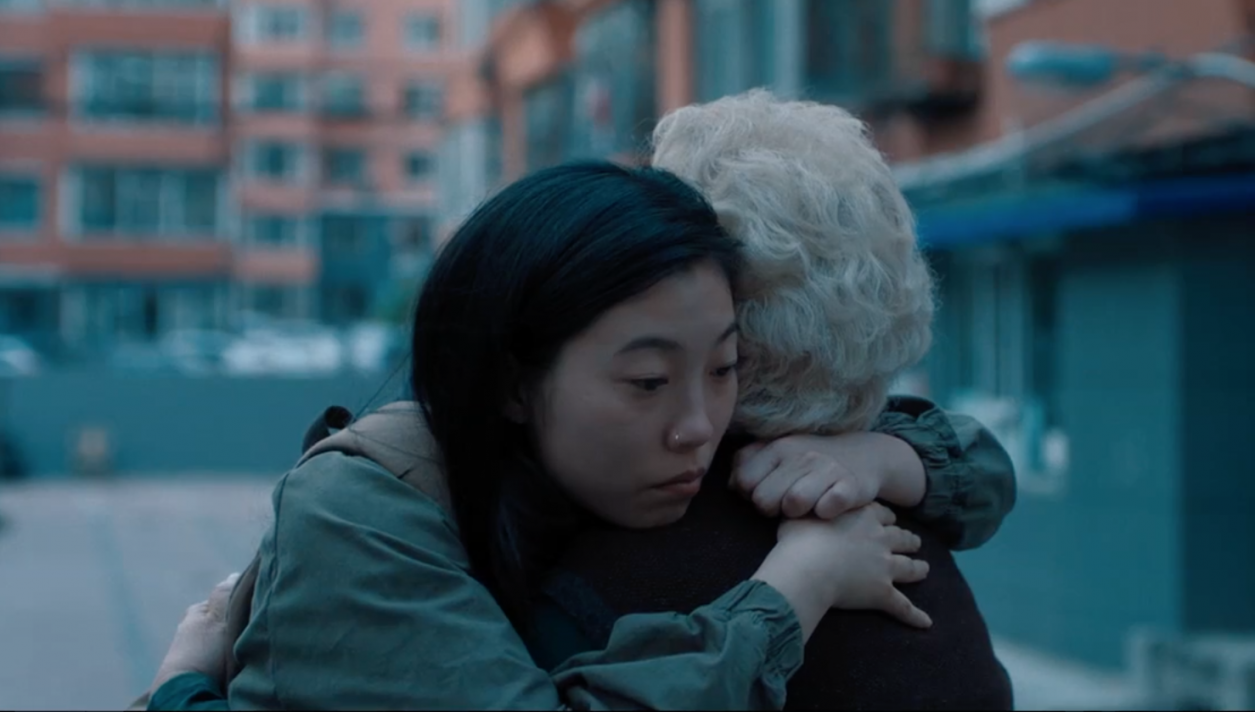 The Farewell, written and directed by Lulu Wang and based on her family’s real experiences

Wang’s autobiographical story stars the talented rapper Awkwafina as a 30-year old Chinese American, “Billi”. Trying to keep work in New York City hasn’t been all it’s cracked up to be, but at least Billie has her grandmother, “Nai Nai” (Zhou Shuzhen). However, a terminal lung cancer diagnosis means Nai Nai won’t be around for very long. The extended family agrees to keep Nai Nai’s illness from her in order to preserve her happiness and calm. They hurry along a young cousin’s engagement in order to bring everyone to her home in China one last time. But Billi believes that lying about such a matter is wrong. Her statement is one of many that inform and enrich the various nuanced questions that Wang poses in her writing.

For anyone who has seen the film, they know that it’s point is not to definitively answer this question. What’s more interesting is the discussion that it facilitates. Billi’s belief that her grandmother has the right to know she is terminally ill stems from her American upbringing. American culture is individualistic, which means that independence is highly valued. Such cultures champion the individual. In contrast, collectivist cultures like China value self-sacrifice . As Billi uncle exclaims, “in the East, a person’s life is part of a whole.” Billi’s family has chosen to bear the emotional weight of Nai Nai’s illness so that she doesn’t have to.

But Billi can’t help but rebel against this idea as it clashes so directly with her own belief that each person has a right to know and a right to choose, even if it means they might suffer. What makes this film great is that it depicts and explores the ideas of both cultures on an even field, favoring neither side. When asked by a hotel employee which country is better, America or China, Billi can only reply that they’re “just…different.” Furthermore, the world is made up of a myriad of perspectives on every topic. The Farewell reminds us that there is strength and value in listening to and understanding the perspective of another, rather than decrying it because it isn’t your own.

Any immigrant knows all too well both the harm and the use in assimilating to another culture. Billi’s parents know that they will never be fully accepted as Americans because they neither look nor sound like the traditional idea of an American. Back in China, they are not accepted by their family as fully Chinese either. Living in America has rubbed off on them, changed their ideals, their perspectives on life.

As the child of immigrants, Billi finds herself at a unique crossroads between two cultures. Though Billi speaks Chinese – it was her first language – she is not fluent because she moved to America as a young child and assimilated. Her lack of fluency is a constant source of guilt and even shame, as relatives remind her that she can’t speak well. When she expresses her desire to stay in China to help Nai Nai, her mother is quick to remind her that she wouldn’t be useful because of this shortcoming. Billi wants to be close to her Chinese culture and family, but language holds her back. Her American ideals seem to hold her back as well.

Billie is not initially invited to the “wedding” because, according to her mother, she is incapable of concealing her emotions. Sure enough, when she shows up to Nai Nai’s, her sadness sits plainly on her face for all to see. In response to Billi’s desire to take care of her grandmother, her mother says that her “sad looking face” is “not nice to be around”. According to her family, the expression of sadness, pain, boredom, and other seemingly negative emotions must be sacrificed for the good of the whole. Billi and her mother butt heads as the mother ignores her feelings while the daughter lives in them.

First featured in an episode of the podcast, This American Life, the story of Wang’s own grandmother has, against all odds, made it to the big screen. Heavily subtitled and all-Asian, The Farewell is an unusual hit. Both funny and so poignantly sad, it’s a movie to watch with a loved one, if you can.

Photo: Awkwafina as Billi and Shuzhen Zhao as Nai Nai. 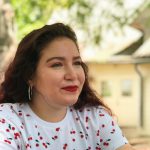