If you’re stuck at home, here’s a list of 10 films that you can watch from the comfort of your own couch or bed during the pandemic.

It goes without saying that if you’re working on the front lines in healthcare or working at the grocery, please know how much I thank you for your service.

Little Woods, which features a duo of powerhouse performances from Tessa Thompson and Lily James, is the film that put Nia DaCosta on the map. Neon acquired the rights shortly after the 2018 premiere at Tribeca and would later release the film in April 2019. Much like Fast Color, the film also struggled to find an audience. The good news is that you can watch Little Woods on Hulu.

Following its premiere during the 2018 SXSW Film Festival, it would take over a year to see a theatrical release. When the film finally made it into theaters, you could hardly find it playing in major markets. Before anyone knew it, Fast Color was gone in the blink of an eye. When we talk about films done wrong by their studio, the Julia Hart-directed Fast Color is at the top of the list. Currently, you can find the film streaming through Amazon Prime.

Joey King delivers a commanding performance in the coming-of-age comedy from writer-director Becca Gleason. King is surrounded by a star-studded supporting cast that includes Andrea Savage, June Squibb, and Paul Scheer. You can currently find the film, which premiered during the 2018 SXSW Film Festival, streaming on Amazon Prime.

Booksmart premiered to critical acclaim at the 2019 SXSW Film Festival. The film served as Olivia Wilde’s feature directorial debut. Kaitlyn Dever and Beanie Feldstein had excellent chemistry in leading roles with a solid supporting cast to boot. The film, which opened during Memorial Day weekend, is available to stream on Hulu.

To put it simply, Long Shot is the best political romantic comedy in years. Seth Rogen and Charlize Theron star in the film, which was co-written by Liz Hannah. The film also struggled at the box office because a certain Marvel film was taking all the air out of the room. It’s a bit raunchy but this isn’t surprising if your a fan of Rogen’s work. You can currently stream Long Shot on Hulu. 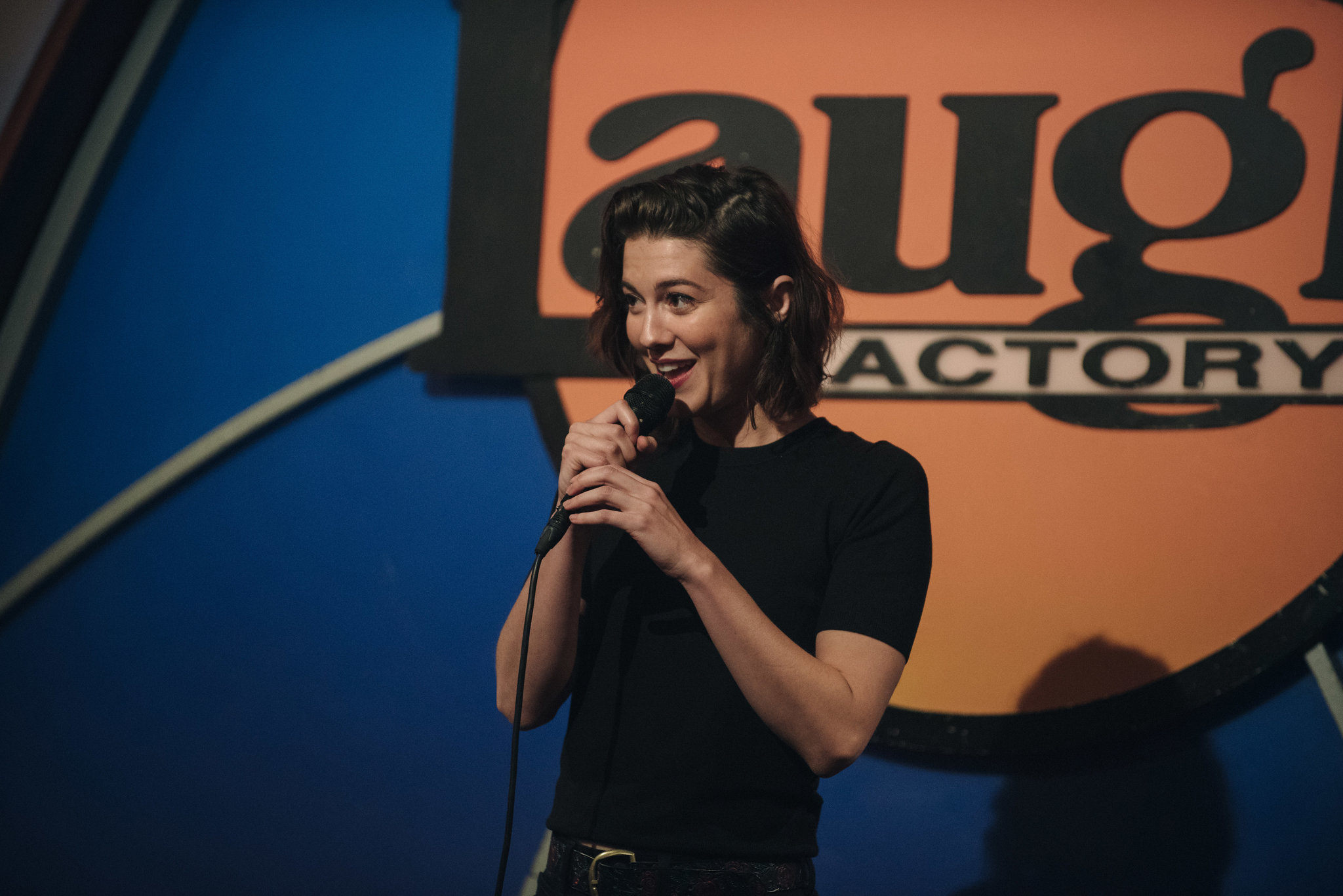 All About Nina is a dramedy from writer-director Eva Vives. It’s a film that I’ve been championing ever since I watched the film during Tribeca in 2018. In a perfect world, the studio would have pushed Mary Elizabeth Winstead for Best Actress. Mary stars as a stand-up comedian, Nina, and it’s a film that was very timely with the start of the #MeToo movement.  It’s currently available to watch on Netflix.

Billy Crystal and Meg Ryan star in one of the greatest romantic comedies of all time. Penned by Nora Ephron and directed by Rob Reiner, there are some filmmaking decisions that will only be questioned by people familiar with the Chicago landscape. For one, nobody is going to go south on Lake Short Drive and head towards the Magnificent Mile if they’re leaving the University of Chicago campus. But all of that aside, the film remains a classic. Even though When Harry Met Sally is a film that should be a permanent part of one’s physical media collection, you can currently stream it on Hulu.

If you’re interested in learning about the Golden Age of Hollywood and want to learn more about the founders of the studios, you honestly can’t go wrong here. The Brothers Warner is a very personal documentary from Cass Warner Sperling, a granddaughter of Warner Bros. Pictures founding president Harry Warner. It’s a perfect companion to the book of the same name. You can currently watch the film through an Amazon Prime subscription.

As if! Whatever. This classic from Amy Heckerling turns 25 years old in July if you can believe it or not. While it’s not currently included through a streaming provider, you can rent it on Digital. If you ask me, all adaptations of Jane Austen’s Emma should meet the standards that were set by Heckerling. Also, how is it that Paul Rudd still looks the same age? Someone should probably investigate this!

Kendall Goldberg, who co-wrote the script with Rachel Borgo, came back home to the Chicago area to film this beauty. Jon Heder stars in the film as an employee at a bowling alley. When he learns that the owner is trying to sell the joint, he starts making plans to save the place. If you’re a fan of Pen15, you might recognize some of his co-stars. which is currently available to stream on Hulu.

Middle photo: Mary Elizabeth Winstead in All About Nina

‘We are truly so lucky:’ Film critic breaks down top picks for streaming

by Danielle Solzman March 30, 2020
Danielle Solzman is a Chicago-based film critic and an aspiring filmmaker if she can ever put enough time aside to work on her feature-length trans-led political comedy script. When not in Chicago, she attends various film festivals such as Sundance, SXSW, Tribeca, and Toronto. She graduated from Northern Kentucky University with a BA in Public Relations while earning a Masters in Media Communications from Webster University after writing a thesis paper on comic books against the backdrop of the American political culture. Film Critic, Solzy at the Movies Member, Broadcast Film Critics Association Member, Galeca: The Society of LGBTQ Entertainment Critics Member, Alliance of Women Film Journalists Member, Online Association of Female Film Critics Member, Online Film Critics Society Member, Online Film & Television Association Tomatometer Critic
Previous Post Next Post