I get the sense the bulk of Tanya Wexler’s career has yet to come. In my research, I found at least three films of hers that are in pre- or post-production and have not yet been released, and already Wexler has carved out her own recognizable style.

Tanya Wexler’s films stand out to me for their distinctive placement in time. Hysteria is based on real history of Victorian England, but bears more tonal similarity to romantic or teen comedies of the 90s than to comedic film adaptations of 19th century novels. Buffaloed takes place in the 2010s, as indicated by the characters’ iPhones, and yet their clothes and old appliances suggest an earlier time.

Wexler likes to dive straight in to the funny consequences of more painful gender dynamics. She said to FF2’s Jan Huttner back in 2012:

Buffaloed is set in writer Brian Sacca’s hometown, Buffalo, New York. It follows Peg, whose goal in life is to become rich so she can escape the unmet needs she and her family suffered growing up. Peg takes . She ends up building a debt collection team of her own, made of people who, like her, have been forced to learned the skill of persuasion out of need. It sounds sad, but this wavering on sadness makes the film very funny. Wexler did a lot of research so she could give the film a real feel for the town’s culture. In an interview for Forbes, Wexler pointed to the everyday encounters that inspired her Buffalo ensemble: “If things feel too generic or everyman-like it doesn’t feel real, but what I loved is all the idiosyncrasies. We all have this crazy cast of characters in our life.”

When Wexler talks about Buffaloed, she’s most inspired by the main character Peg and the actress Zoey Deutch who played her. We’ve seen female antiheroes most often in positions of conventional power through politics and violence: think Gone Girl, Game of Thrones, or Scandal. In Buffaloed, Wexler makes the female antihero a remorseless small-time debt collector to see just how much trouble she causes.

In an interview for Moveable Fest, she describes her experience of reading the script for the first time:

“I kept waiting for [Peg] to apologize for wanting what she wanted and she really didn’t. She learned maybe there’s a different way to go about it, but I loved there was a kind of intolerance right off the block, even if she needed to learn something about our common humanity a little more.”

At the center of Buffaloed is this partnership between two women filmmakers who recognized each other’s strengths and created something together. Zoey Deutch, producer and star of Buffaloed, has said that it was Wexler’s grace under pressure that made her choose her as director—and she discovered that grace when she saw evidence of Wexler as a mother, when she took a call during one of their early meetings.

Wexler’s next movie, Jolt, is in post-production, and it’s expected to be released this year. According to the logline, describing “a bouncer with a slightly murderous anger-management problem,” I suspect we’re in for the treat of another witty anti-hero.

Wexler summarized the lessons she’s learned from each film when she spoke to Women and Hollywood in 2012:

“The first film was about getting the script perfect. The second lesson was about having great actors who can punch through the crazy noise that fills all of our lives. But the real lesson, is finding a film that is your voice.”

With a number of new projects underway, Wexler will certainly have the chance to exercise that voice. 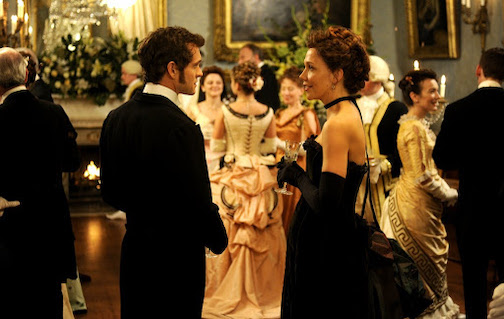 by Amelie Lasker May 8, 2020
Amelie Lasker joined FF2 Media in early 2016 after graduating from Columbia University where she studied English and history. She has written plays and had readings for Columbia’s student-written theatre company Nomads, edited the blog for Columbia’s film journal Double Exposure, and worked on film crews and participated in workshops at Columbia University Film Productions. She spent junior year abroad at Cambridge University, where she had many opportunities for student playwrights to see their work produced.
Previous Post Next Post