Below, the Plys-Garzotto sisters discuss Marielle Heller’s pre-Me Too Movement (but not by much) uncomfortable coming-of-age story, The Diary of a Teenage Girl.

Giorgi: How do you think A Beautiful Day in the Neighborhood and The Diary of a Teenage Girl connect based on Marielle Heller’s direction?

Carlotta: I definitely see Heller’s theme of visual art, animation, cartoons. The doodles in The Diary of a Teenage Girl reminded me of the set pieces in A Beautiful Day in the Neighborhood.

Giorgi: Yes. I found this film to be very uncomfortable, which I wouldn’t expect from someone who took on Mr. Rogers as subject matter. Literally, she was 17 and the guy was 42. Ew, gross.

Carlotta: It’s so messed up, but things like that do happen. It’s good to talk about it, and make us feel so disgusted by it.

Giorgi: The guy was painted as the bad guy, but you could tell the camera was salaciously on her body, and the sex scenes…and they picked Alexander Skarsgard—notoriously hot person. So I mean…I really have trouble thinking that this wasn’t supposed to be a titillating experience.

Giorgi: Even if she didn’t mean it, you don’t just put Eric from True Blood in a movie without it being hot.

Carlotta: There were excessive sex scenes, that kind of glorified it.

Giorgi: And they showed her not having as much of a good time with guys her own age. So, she’s just supposed to be mature for her age? Which is a really harmful narrative?

Carlotta: Terrible. I’m glad that her friend was disgusted by it. Well, at first at least…

Giorgi: Right, and then she did the same things…

Carlotta: Yeah that was even more messed up.

Giorgi: And for some reason it being in the ‘60s was supposed to be some kind of fig leaf for modern people to watch the movie and think it’s hot or something? I don’t think that worked because it’s not that long ago. 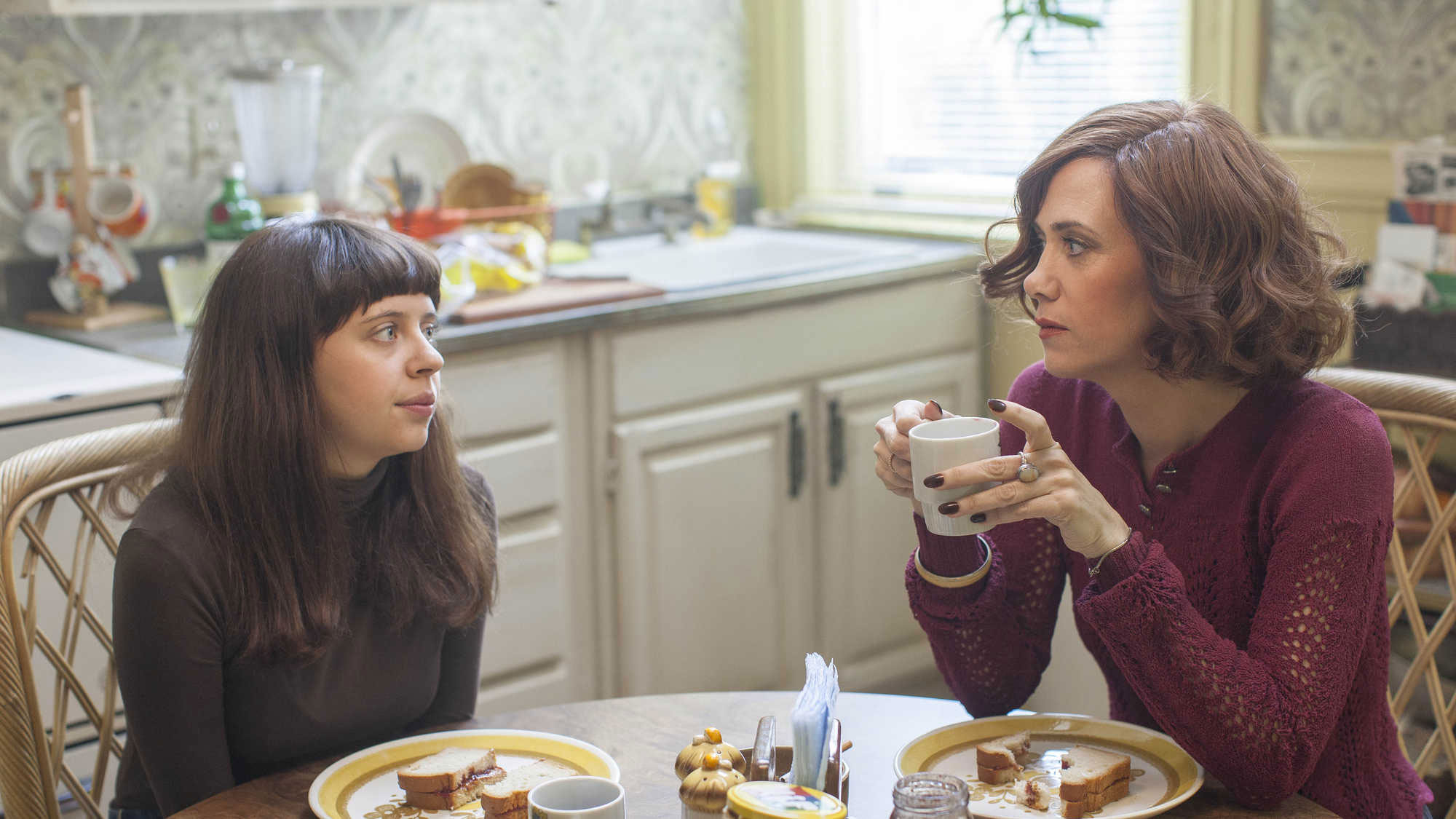 Carlotta: Yeah, not okay. Such weird choices. Also to have Kristen Wiig as the mom?

Carlotta: Yeah, she did great. But it was weird because it made it more lighthearted and comedic.

Carlotta: That was really funny.

Giorgi: Otherwise, though, true, I wasn’t really sure why Kristen Wiig was there. And why Kristen Wiig and Alexander Skarsgard are dating? That’s a weird combo. And what is Minnie supposed to be left with at the end?

Carlotta: At least at the end it seemed like she was done with all of that. But I couldn’t tell.

Giorgi: Yeah. It seemed like the letter she got back from her cartoonist idol was supposed to be the end point, where she figures out what she really wants.

Carlotta: Yes! But that was such a weird subplot that didn’t get that much attention, so it didn’t feel satisfying at all at the end.

Carlotta: So is there anything you liked about the movie?

Giorgi: The animation was cool. And the acid trip was revealing a bit of their relationship. I think she decided to break up with him after that.

Carlotta: True. I liked the animation, too. It helped a little…

Carlotta: I wish the director’s stance was more obvious.

Giorgi: Right, she could’ve had a stance so easily.

Carlotta: I wish she would’ve pushed her…or maybe she did, and it’s just gross. 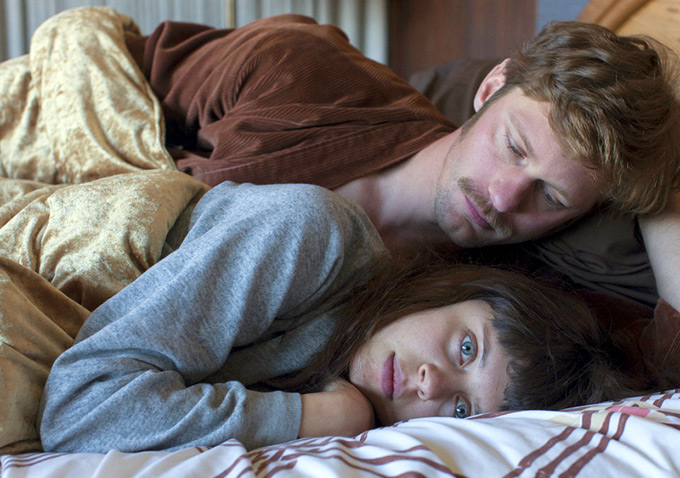 Giorgi: Because, it’s so hard to tell. It’s like why? I mean, she’s a woman, but otherwise where’s our reasoning to give her the benefit of the doubt? I don’t know. This is what Hollywood does. There’s that movie An Education. It’s got Carrie Mulligan playing a high school girl. And it’s romantic in the same way. It’s really gross the way school girls get sexualized like that. And they’ll put hot people as the exploiters.

Carlotta: Yes, and in The Diary of a Teenage Girl when the mom found out, I felt like they had an opportunity to show that it was horrible. But instead it was like, “Now you have to marry him”?

Giorgi: That was so weird! I had forgotten about that, I think my mind blocked it out.

Carlotta: Right! They could’ve shown how horrible it was.

Giorgi: Yes. And the mom seemed to blame her, at least at first. And she never really changed her stance on that and said, “I’m sorry, internalized misogyny made me do that, and that’s also something to talk about”. They just kind of reunited and nothing really had changed, but they just made up.

Carlotta: Yeah. The only thing I liked about it, was the San Francisco vibe overall was cool.

Giorgi: It had a good soundtrack, too. If it was just about her doing drugs, that would be different. But it was statutory rape, so that’s really not great.

Carlotta: Yeah, I definitely assumed that it was older.

Giorgi: This had a 93 percent approval rate on Rotten Tomatoes. “Boldy unconventionally and refreshingly honest. The Diary of a Teenage Girl is a frank coming of age story that addresses its themes and protagonist without judgement”.

Carlotta: When I was watching it and felt super uncomfortable, I was so relieved that you felt the same way. Because I was like, am I crazy? This is weird, right? I feel like people are scared to say it’s bad? Because they don’t wanna be antifeminist? It’s hard because things like that do happen, but this film does not have the condemning tone that it should have. I wish they would’ve shown that she’s a victim, it’s not her fault.

Giorgi: One interesting thing is when Alexander Skarsgard accuses her of manipulating him. And he does the same thing with the mom.

Carlotta: Yeah, terrible. They just didn’t really treat it as the trauma that it would be for her.

Giorgi: Yeah, the whole younger-girl-older-guy can be really damaging.

Carlotta: Also someone in her house. He should’ve gone to jail. That would’ve been a good ending. 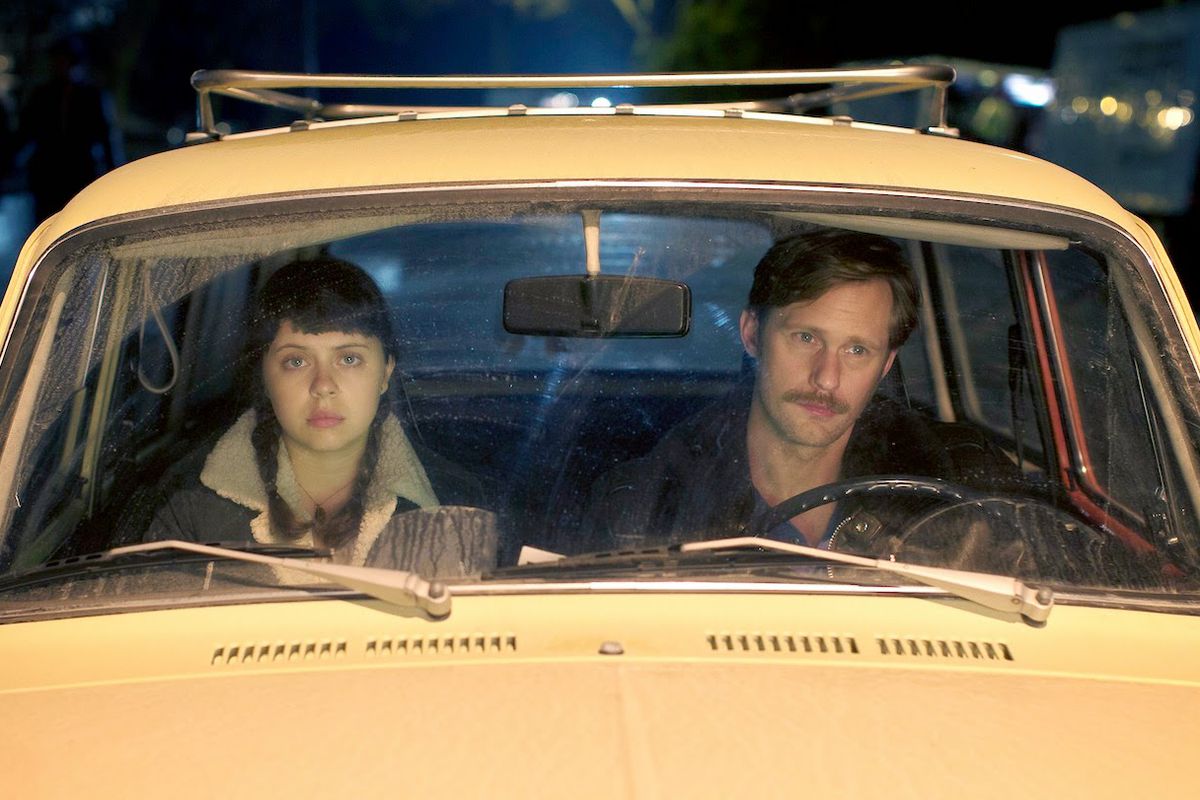