Composing film scores is a field within the movie industry that is still overwhelmingly monopolized by men. A study published last year found that of the 100 top-grossing movies of the last twelve years, only 1.4% had a score composed by a woman. And yet, there are female composers: a handful who have been steadily working in the industry for years and a new set who are slowly breaking into Hollywood. Last year, when Hildur Guðnadóttir won the Oscar for Best Score for Joker, she was the first woman to win since the 1990s.

There are only a handful of women who have even been nominated for the Best Score Academy Award, which is a great representation of how few female-composed scores there are. Angela Morley was the first woman to be nominated for her work on The Little Prince in 1974 and again for The Slipper and the Rose in 1977. Marilyn Bergman was the first woman to win, sharing the Oscar for Yentl in 1983 with her collaborators Michel Legrand and Alan Bergman. Three women were nominated for Best Musical or Comedy Score in the 1990s: Rachel Portman for Emma, Anne Dudley for The Full Monty, and Lynn Ahrens for Anastasia alongside Stephen Flaherty and David Newman. Both Portman and Dudley won. Portland would also be nominated for Best Original Score in 1999 for The Cider House Rules. Before Guðnadóttir’s nomination and win, only one woman was nominated in the 2010s: Mica Levi for Jackie. 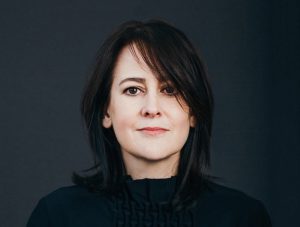 Below are ten female composers who are doing fantastic work on film scores. You can check out their work on Spotify and be sure to see their next films.

Lesley Barber is a Canadian composer, conductor, and musician. She has written for theatre, film, and television including all of the music for the animated TV show Little Bear. She has composed classical music for a variety of musicians ranging from the Canadian Electronic Ensemble to cellist Yo-Yo Ma. Her work on films includes Mansfield Park, You Can Count on Me, Irreplaceable You, and Late Night. Her work on Manchester by the Sea was particularly acclaimed for how she mixed strings and a female chorus to create a haunting score inspired by the ocean and New England church music. Barber was the first female composer to take part in The Hollywood Reporter Composer Roundtable in 2016. 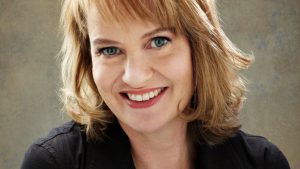 English composer and conductor Anne Dudley has worked across both classical and pop genres. She is a talented musician and composer of synthpop in addition to having written film scores for over two decades. She was the music producer for the 2012 film adaptation of Les Misérables, for which all of the music was recorded live on set. Her film scores include The Full Monty (for which she won an Oscar), Tristan & Isolde, The Walker, and Elle and she also recently composed music for the popular period drama television show Poldark.

Song to listen to: “Fresh Paint” from Elle 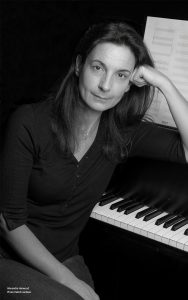 Alexandra Harwood is a London-based composer for the screen and stage. She has written music for theatre in both the US and UK in addition to television and shorts. She composed the scores for The Escape and the documentary, Growing Up Wild. Her score for The Guernsey Literary and Potato Peel Pie Society has gorgeous sweeping melodies and helps the audience connect to the emotional states of the characters remarkably well, matching both the horrors of wartime Britain and the optimism that is at the heart of the film.

Song to listen to: “Juliet And Dawsey” from The Guernsey Literary and Potato Peel Pie Society 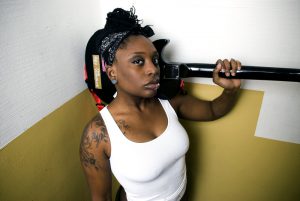 Tamar-kali is a composer and singer-songwriter based in Brooklyn, New York. She is a second generation musician inspired by her family roots in coastal South Carolina. In addition to releasing her own music, she has written the scores to several films. Her first feature film score was Dee Rees’s Mudbound. Her other scores include Come Sunday and The Lie. She has scored multiple 2020 releases: The Last Thing He Wanted, Shirley, and The Assistant.

Song to listen to: “Country Violence“ from Mudbound 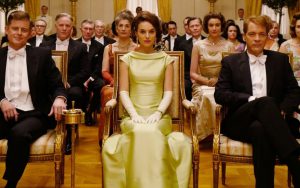 Mica Levi, or Michachu, is a singer, composer, and producer from England. She has a band called Good Sad Happy Bad that makes experimental pop music, but she also writes film scores. Her film work includes Under the Skin, Jackie, Marjorie Prime, and Monos. Her score for Jackie was widely praised and garnered her an Oscar nomination.

Song to listen to: “Walk to the Capitol” from Jackie

British composer and electronic musician Anna Meredith made waves with her first film score for Bo Burnham’s Eighth Grade. Meredith has written for everything from her own studio albums to an opera to music for the BCC Last Night of the Proms. She also scored the Netflix show Living With Yourself and contributed music to The Favourite. She has been appointed a Member of the Order of the British Empire (MBE).

Song to listen to: “The Coolest Girl in the World“ from Eighth Grade 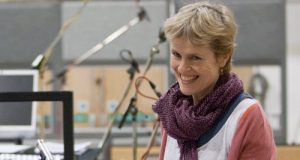 Rachel Portman is one of the most prolific female film score composers living today. She began composing for theatre and film while attending Oxford University and after graduation worked on music for BBC and Channel 4 films. She has written over 100 scores for theatre, television, and film in addition to a children’s opera and a musical. Her film scores include: The Joy Luck Club, Emma, Beloved, The Cider House Rules, Chocolat, Mona Lisa Smile, The Duchess, Never Let Me Go, and Belle. Portman has been awarded an Order of the British Empire (OBE).

Song to listen to: “You Would Be My Wife” from Belle. 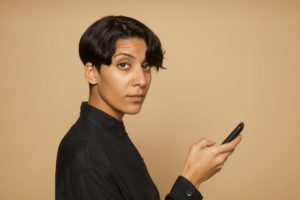 Fatima Al Qadiri is a composer originally from Kuwait. She writes and performs electronic music and is also part of the group Future Brown. She wrote music for the 2012 short film How Can I Resist You and more recently for Atlantics, a supernatural romance directed by Mati Diop that was selected to compete for the Palme d’Or at Cannes Film Festival last year.

Song to listen to: “Souleiman’s Theme – Issa against the Sun” from Atlantics 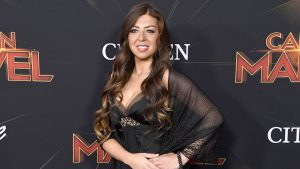 Pinar Toprak was born and raised in Turkey before moving to America to pursue an education in music. She has written music for television shows, video games, and films. Toprak was the first woman to ever write a score for a Marvel film with her work on Captain Marvel. She has written music for superhero TV shows like Krypton and the currently-airing Stargirl and provided additional music for Justice League.

Song to listen to: “I’m All Fired Up“ from Captain Marvel

If the name Waller-Bridge sounds familiar, that’s likely because you know Isobel’s sister Phoebe Waller-Bridge, the creator and star of Fleabag. But older sister Isobel is a talented composer who has written scores for television shows and films in addition to performing in concerts.  She has written scores for the recent War & Peace and Vanity Fair miniseries adaptations as well as for her sister’s show, Fleabag. She wrote the film scores for recent period dramas Vita and Virginia and Emma. Her score for Emma. cleverly combines traditional instrumental music and folk music for a delightful result. 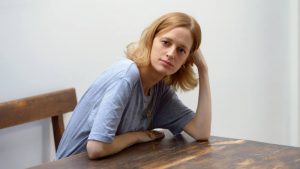 Song to listen to: “Emma Suite” from Emma.

This list only includes ten of the amazing female composers currently writing film scores and there are certainly others doing fantastic work. While the struggle for representation for women in the film industry is often centered around female directors and writers, it’s important to recognize the barriers in other parts of the business and the achievements of the women who manage to make their way into them. Film score composing is a field that is still largely dominated by men so it is particularly important to celebrate women like the ten above. Happy listening!

by Nicole Ackman May 29, 2020
Nicole Ackman is an FF2 Media Associate based in North Carolina, after living in London and New York. She graduated from Elon University with a Bachelors degree in History and Strategic Communication and from City University of London with a Masters degree in Culture, Policy, and Management. She is a theatre and film critic and is a member of the North Carolina Film Critics Association. Her taste in film tends towards period dramas, movie musicals, and anything starring Saoirse Ronan. In addition to film, she is passionate about history, theatre, Disney parks, and classic novels by female writers.
Previous Post Next Post