Amidst newspaper stacks and overfilled bookshelves, “Mithat” (Mithat Esmer) sits alone in his easychair. He wears a face of wearied determination as if he’s just served an ultimatum, which he has. According to the authorities, he has only a few weeks to clear out of this apartment so that the building can be demolished and rebuilt. As the weight of this news settles in, I hear only the mismatched ticking of dozens of clocks. The sense of urgency they carry insists on being felt, and I oblige. I can feel a slight buzz start up in my head, and an uneasiness threatens to choke me. Allowing himself to internalize what this proclamation means, Mithat inhales and exhales slowly. Perhaps he knows, even now, how futile his endeavor will prove to be. Recognizing his resigned recognition, I feel my heart soften.

Such is the complex feeling that director Pelin Esmer manages to evoke time and time again in her 2009 film 10 to 11 (in Turkish, 11’e 10 Kala). What I felt in just this one scene, I found myself feeling throughout the entire film. It is anxiety mingled with a sense of calm that both frustrates me and captivates me.

Esmer weaves in the imagery and sound of clocks to keep us conscious of time – they are not just another piece of Mithat’s massive collection of books, newspapers, tape recordings, and other miscellaneous items. The constant ticking not only creates a physical, anxious reaction in the audience but reminds us that Mithat is quite literally running out of time. He can buy as many clocks as he likes, but they will not give him that which he so desperately needs – more time.

Irony abounds in reference to Time. When Mithat’s nephew “Omer” (Tayanç Ayaydin) calls and asks if his uncle needs anything, Mithat asks for help packing up his collection. To this, Omer answers, “I don’t have so much time, you know.” Perhaps the greatest irony, of course, is that Mithat has spent his entire life building a collection only to potentially see it disintegrate in a moment. When Mithat’s helper “Ali” (Nejat Isler) fails to obtain a newspaper edition one day, Mithat becomes obsessed with finding it. A missing edition means a ruined collection. He spends his days recording the dates and subjects of phone conversations and listens to conversations and interviews from years before. When Omer accidentally opens a bottle of vodka that is part of the collection, Mithat disappointedly declares it to be of no use anymore. He even saves and labels his blood tests.

“It’s me or the collections.” – Mithat detachedly quotes his wife’s final words to him. It would seem that the intensity of his obsession drove her away. This degree of dedication makes us anxious, just as time does. A man has less than a month to pack up the things he’s been accumulating all his life. It will be almost impossible. And what will happen when time runs out? Mithat’s very demeanor counteracts the anxiety, or rather, introduces a duality of anxiety and calm. He is soft-spoken, yet speaks with a firmness that never falters. No matter how adamantly those around him try to reason with him, to make him leave the apartment and abandon the collection, he refuses. Though he does begin packing up his things, he does so slowly and methodically. Time, though necessary for something like a day’s newspaper edition, doesn’t seem to concern him at all here. Even when Omer opens the bottle or Ali forgets to get a newspaper, Mithat does not raise his voice. We feel the existence of two seemingly opposed feelings existing together in ourselves.

Though it brings you joy, to be passionate about something can leave you open to all sorts of strife. When I was sixteen years old, I found a beautiful old locket at a local fair that I then lost the next week at school. I cried for my loss. But what did I lose, really? Things like lockets and newspapers only hold importance when we imbue them with that importance, with meaning. Had I not cared so much for that locket, I wouldn’t have felt such grief when I lost it.

Similarly, Mithat’s collection remains important so long as Mithat is there to care about it. His passion may give him anxiety when that collection’s wellbeing is threatened. It certainly makes me anxious. Yet should he decide that he no longer cares, we feel that anxiety wash away and a new calm takes hold. Mithat himself says to Ali one night about his boxes, “I expect when I die, they’ll go out in the trash.” There is little emotion to his words as if it’s a simple fact not worth feeling any sort of way over.

Not only can we simultaneously feel anxiety and calm, but we can, at least in some cases, decide to forfeit one feeling for the other. But is that a decision that we want to make? Sometimes, gaining a sense of calm means sacrificing a passion. The choice is a difficult one.

Featured Photo: In a dreamlike sequence, Mithat walks past a wall of ticking clocks in boxes.

Middle Photo: Mithat sets out to gather more pieces for his collection.

Bottom Photo: Mithat sits in his apartment, surrounded by his collection. 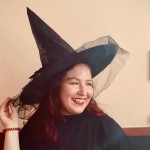 by Roza Melkumyan September 15, 2020
As a member of the FF2 Media team, Roza writes features and reviews and coaches other associates and interns. She joined the team as an intern herself during her third year of study at New York University. There she individualized her major and studied narrative through a cultural lens and in the mediums of literature, theatre, and film. At school, Roza studied abroad in Florence and London, worked as a Resident Assistant, and workshopped a play she wrote and co-directed. Since graduating, she spent six months in Spain teaching English and practicing her Spanish. Most recently, she spent a year in Armenia teaching university English as a Fulbright scholar. Her love of film has only grown over the years, and she is dedicated to providing the space necessary for female filmmakers to prosper.
Previous Post Next Post