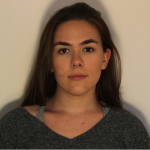 Last weekend, For Sama screened at the IFC Center in 51/Fest, a new film festival by and about women, celebrating the female majority in front of and behind the camera. The riveting documentary is about director Waad Al-Khateab’s journey through motherhood while living through the siege of Aleppo. The screening included a Q&A with Al-Khateab, […]

On a hot afternoon during a heat wave, the theater for Otherhood in the IFC Center was entirely full. Screening at 51/Fest, a new festival by and about women, Angela Bassett, Patricia Arquette, and Felicity Huffman star as the three mothers who drive to New York City to move in with their sons after they […]

Members of the FF2 Media team were able to attend a screening of Ophelia at the IFC Center on June 26, along with a Q&A with star, Daisy Ridley. Based on Lisa Klein’s novel of the same name, the film is a retelling of Shakespeare’s Hamlet from Ophelia’s point of view. Claire McCarthy directs the […]

In honor of their 50th anniversary, Film at Lincoln Center has programmed a whole summer of free and discounted films. Their 50th Mixtape series, full of free double features, started on June 27 with showings of Agnes Varda’s Cleo from 5 to 7 and Jane Campion’s The Portrait of a Lady. The series runs every […]

One of the first women in government to be idolized, Ruth Bader Ginsburg, had two films made about her this year: RBG, a documentary with unprecedented access, directed by Betsy West and Julie Cohen, and On the Basis of Sex, a biopic written by Daniel Stiepleman and directed by Mimi Leder.

Mortal Engines is a clear attempt at a new fantasy series by the team behind The Lord of the Rings and The Hobbit. Co-written by Fran Walsh, Philippa Boyens and Peter Jackson, the film takes place in a futuristic world where resources have greatly depleted and cities-on-wheels hunt each other.