TCM will feature films from 12 decades— representing 44 countries—totaling 100 classic and current titles, all created by women. Read more about this here!

La Cigarette is a silent film from 1919, but its gender politics and relationship drama hold up surprisingly well for a modern audience. With excellent direction and naturalistic performances, it’s a treat to watch. (NBA: 4/5)

The earliest surviving film by prolific filmmaker Germaine Dulac is her 1919 La Cigarette. With a strong script by Jacques de Baroncelli, the film is a tale of relationship drama, jealousy, and paranoia. It’s a beautiful film with lovely costumes by Jeanne Margaine-Lacroix and impressive cinematography by Louis Chaix. It’s also an early work of cinematic Impressionism, a movement within which Dulac was pivotal. But what is perhaps most notable is how it remains engaging to a modern audience in a way that many silent films struggle to do.

In La Cigarette, 48-year-old Egyptologist “Pierre Guérande” (Gabriel Signoret) is worried about his relationship with his pretty young wife “Denise” (Andrée Brabant). It’s partially due to Denise’s new friendship with a young man closer to her age named “Maurice Herbert” (Jules Raucourt), who is teaching her golf. But it’s also because he sees parallels between their relationship and the history of the mummy he has just received. The Egyptian princess’s aging husband killed himself with poisoned cakes after finding out that his young wife was having an affair with a younger man. Pierre decides to poison one of his cigarettes and leave it up to fate to determine when he will draw the fatal one that will free his beloved wife from their marriage.

The gender politics of the film are fascinating, particularly as a reflection of the state of masculinity just after World War I in France. Denise is very interested in her husband, but Pierre pays more attention to his books than he does to her. At the beginning of the film, we see that she is rather playful and that there is a decent amount of affection between them. It’s clear to the viewer that the affair is entirely a figment of Pierre’s imagination and his fears of his inadequacy.

The film feels surprisingly modern to have been made over one hundred years ago. It was shot on location in lots of different settings, and the acting is more natural and understated than in a lot of films from this era. It builds tension as well as many modern films as both Pierre and other characters smoke cigarettes from the box with the constant question of if they’ve chosen the poisoned one. In many ways, it’s remarkable to see the playfulness of the interactions between the couple and the looseness with which the characters move — it makes the people of a hundred years ago seem more approachable and relatable than they normally do.

Dulac was a writer, director, theorist, and critic interested in the arts, socialism, and feminism. She was born in France on November 17, 1882. From 1900 to 1913, she wrote for a feminist magazine called La Fronde; such dedication to feminism was later reflected in her films. She is best known for her Impressionist and Surrealist films like La Souriante Madame Beudet (1922/1923) and La Coquille et le Clergyman (1928). Dulac made a prolific amount of films, though not all of them survived; after the invention of sound film, she worked on newsreels for Pathé and Gaumont. She died in Paris on July 20, 1942, having left behind an impressive legacy.

Dulac’s artistry helped establish film as an art medium on the same level as dance and theatre in France in the 1920s. She’s an important figure to remember, and though La Cigarette is her earliest surviving film, it’s an excellent example of her work. Aside from its importance in film history, it has much to offer a modern viewer. From its performances that avoid the usual camp acting style of this period to the intrigue of its plot, La Cigarette is an engaging view over one hundred years after it was made.

Does it pass the Bechdel test?

It’s hard to tell if silent films pass the Bechdel test, but Denise and her friend do have a conversation when they’re in the apartment together before men arrive, so we can say it does pass. 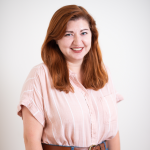 by Nicole Ackman November 29, 2020
Nicole Ackman is an FF2 Media Associate based in North Carolina, after living in London and New York. She graduated from Elon University with a Bachelors degree in History and Strategic Communication and from City University of London with a Masters degree in Culture, Policy, and Management. She is a theatre and film critic and is a member of the North Carolina Film Critics Association. Her taste in film tends towards period dramas, movie musicals, and anything starring Saoirse Ronan. In addition to film, she is passionate about history, theatre, Disney parks, and classic novels by female writers.
Previous Post Next Post