Award-winning director Agnieszka Holland, best-known internationally for her Oscar-nominated film Europa Europa, was in Chicago last month to show her new film In Darkness on the Opening Night of this year’s PFFA (Polish Film Festival in America).

Poland’s candidate for the 2012 “Best Foreign Language Film” Oscar, In Darkness is a harrowing, fact-based account of Jews from the Lvov ghetto hiding underground for over a year with assistance from sewer-worker Leopold Socha and his wife Magdalena.

Also in the audience that night was Janine Oberrotman, one of the local survivors who helped take our Illinois Holocaust Museum & Education Center from dream to reality. Who better to attest to the emotional veracity of the onscreen drama? In a follow-up e-mail message, Oberrotman told me: “The horror of the time and place were quite well depicted… when I viewed the interior of Socha’s apartment and the ritual of his bath, I felt transported to pre-war Poland.”

In Darkness opens in limited release this month, and is expected at Chicago theaters in late January. I will provide details—including a full review—as soon as I have an exact date. Meanwhile, to learn more about the Sochas, visit the Yad Vashem website: www.YadVashem.org.

The complex relationship between Poles and Jews is also the subject of A Day of Small Beginnings, chosen for the inaugural season of Spertus Institute’s new “One Book/One Community” project. Whereas In Darkness is tightly focused on the Holocaust, Lisa Pearl Rosenbaum’s epic begins in 1906, and ends decades later just as Krakow is beginning its Jewish Revival in the mid-90s.

Spertus has announced numerous OB/OC activities, including a visit from Rosenbaum on Dec 4. I attended the kick-off event on Nov 13, featuring two women who excel at arts integral to Rosenbaum’s narrative.

First Susan Stone told three tales in honor of “Friedl Alterman,” the ghost who connects the generations in A Day of Small Beginnings. I’m sure Friedl was in the room listening as Stone recounted the life of “Yossele the Holy Miser” (someone who also lived a secret life while on earth), and I’m sure Friedl hummed along as young violin prodigy Duncan Steel punctuated Stone’s stories with soulful niggunim.

During the Q&A, Stone described the Israel Folktale Archives first established in Haifa in 1955. I just surfed their website (www.folklore.org.il/asai.html); although they have collected stories from across the entire Jewish world, the majority of them do come from Poland. To listen to a sample story (“The Goblin”), visit Stone’s website, www.SusanStone-Storyteller.com.

Next Melanie Dankowicz explained the concept of “hiddur mitzvah” (“beautifying the commandments”), showing us examples of papercuts she creates for ketubot, mezuzot, mizrachim and other delicate ritual objects. She also uses her custom designs to create holiday tableware (including challah trays and seder plates) lasercut from stainless steel. Samples are on sale in the Spertus gift shop, and can also be viewed online at www.dankowicz.com.

For the complete schedule of OB/OC events (some downtown and some in the suburbs), visit: www.spertus.edu/OneBookAuthorSpertus.

At the Art House

Joseph Dorman’s wonderful documentary Sholem Aleichem: Laughing in the Darkness, (which already enjoyed long runs a few months ago at the Music Box Theatre in Andersonville and the Landmark Renaissance in Highland Park) returns to Metro Chicago for multiple screenings from Fri Dec 23 through Fri Dec 30 at the Loop’s Gene Siskel Film Center. For ticket information, visit: www.SiskelFilmCenter.org. To read my review, visit www.juf.org/news/arts.aspx?id=75534. 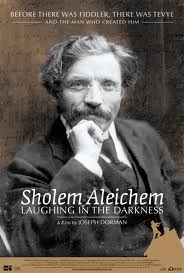 Love him or hate him, Adam Sandler is one of the few box office titans to deal honestly with the complexities of Jewish identity. Although often over the top, his films typically contain resonant moments which linger in the mind long after the potty jokes are a distant memory. In Click, I was moved by his subtle dissection of living on “autopilot.” In You Don’t Mess with the Zohan, I laughed hard as he tweaked Israeli stereotypes.

In his new film Jack and Jill (in which Sandler stars as both “Jack Sadelstein” and his fraternal twin “Jill”), he takes on an extremely difficult and sensitive subject: media images of Jewish women. Alas, once he creates the Jill character, he doesn’t quite know what to do with her, and too much of the film is barely watchable. Nevertheless, I admire his chutzpah. For a full review, visit my Blog: www.SecondCityTzivi.com. 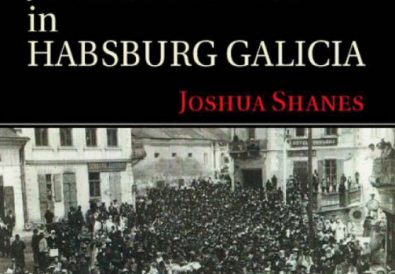