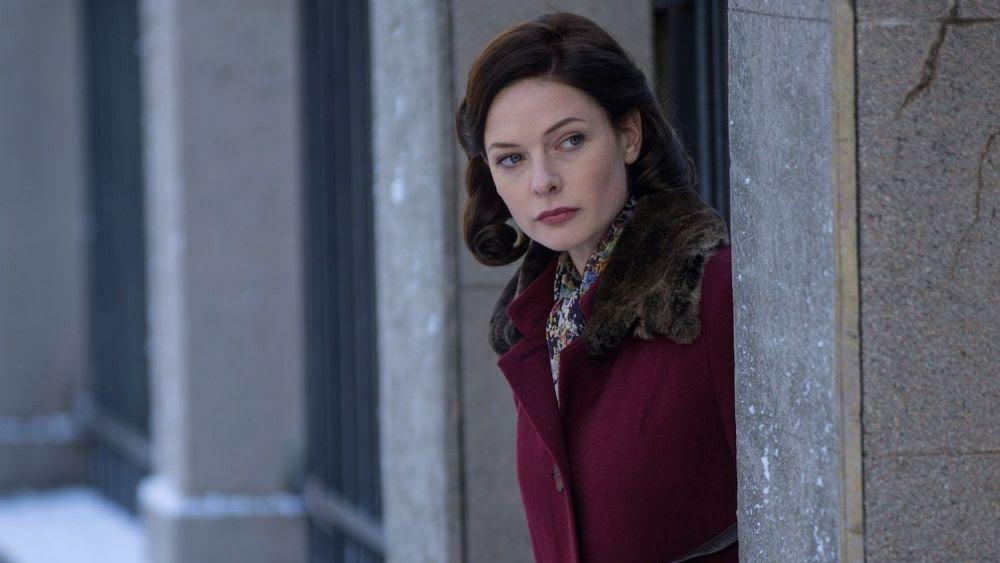 Shamim Sarif is breaking the mold as a filmmaker, not only writing and directing her own projects, but adapting her own novels and producing with wife Hanan Kattan. Since 2007, she’s made three dramatically different romantic dramas. Her first two films (both starring Sheetal Sheth and Lisa Ray) were the period drama The World Unseen (about a lesbian relationship during South Africa’s apartheid) and the contemporary romantic dramedy I Can’t Think Straight.

Her latest film, Despite the Falling Snow, is a multi-period romantic thriller set in communist and post-communist Russia. Charles Dance plays a Russian immigrant returning to Russia with niece Lauren (played by Rebecca Ferguson) still haunted by the mysterious disappearance of his wife Kaya (also played by Ferguson). Shamim Sarif discussed making her lush period drama on a shoestring budget, adapting her own work and double-casting one of Hollywood’s rising stars.

Lesley Coffin: When writing the book, did you have in the back of your mind how to adapt it to the screen or did you approach the film as if adapting someone else’s work?

Shamim Sarif: It’s odd because while writing the book, I approach it like a novel, because the mediums are so completely different. The writer has a very personal relationship with their readers, I’m communicating directing with them. When writing scripts, I see it more as a blueprint, one of a piece akin to the director of photography and actors. So I think you have two keep them very separate to keep them pure works that can each work on their own.

Lesley Coffin: The biggest thing that can change when adapting a book to film is the point of view. The point of view in a book can be guiding a character, but an audience can be less aware of whose story they are being told. Did you use the medium to change how characters conveyed information and whose point of view you showed at specific times?

Shamim Sarif: I think I tried to stay true to the book, because the book moves perspectives between Katya, Sasha and Lauren. You see the world through each of their eyes. Because of the elements of spy thriller, you need to be able to move from one character to the other to give information at the right times. The biggest challenge I had was deciding how to divide time between the past and present, and the final film ultimately focused more on the past between Sasha and Katya.

Lesley Coffin: Why did you decided to have Rebecca play two characters?

Shamim Sarif: In the book it was important that Lauren had a resemblance to Katya, and they have a connection to one another. She’s always been fascinated by her aunt’s story. So when casting I had in the back of my mind that if we found the right actress, it would be nice to have her play both roles. And when I met with Rebecca she was really excited by idea. She has an Ingrid Bergman quality so she was very comfortable with a part like Katya, but found Lauren to be more challenging. And we worked together to find ways to reflect how different the two women were, so it wasn’t just in her hair or make-up. I think 60% of people haven’t noticed it’s the same actress until they see the credits.

Lesley Coffin: When it came to the artwork Lauren did, how did you find an artist to do the work in the character of Lauren?

Shamim Sarif: We first had to decide the type of artwork she would do, what the portrait might look like. Then our art department went out to find local artists and brought in portfolios. It’s kind of like casting, because we’re asking them to do their art as if they were someone else.

Shamim Sarif: There were a couple of things. We rarely see a female perspective in the cold war, it’s been a genre dominated by men in suits and hats. That’s the John le Carré world, and he never made the core of the story a love story. I didn’t want it to be a traditional cold war thriller where they are looking for a piece of evidence or map or clue. It’s about the love story and betrayal, asking can you maintain a relationship in this atmosphere. The cold war was the backdrop which heightens the stakes.

Lesley Coffin: Is it easier to explore themes of the modern day in period films because there’s a little distance between the characters and audiences?

Shamim Sarif: I think it does. Certain topics, politically or gender wise, can be explored in period stories because they are set in a time with stricter morals and societal restrictions. The Cold War was certainly like that, it allows you to discuss political oppression and the rights people in love have in a heightened way.

Lesley Coffin: I know the previous films you did focuses on women in love, but in this film the B-storyline is about Lauren’s relationship with a Russian woman in post-communist Russia. Why place the two love stories up for direct comparison?

Shamim Sarif: Lauren idolizes Katya because she’s a spy who was heroic and doing anti-government things at a time when women were discouraged from taking on such active roles. Katya seems like a very strong liberated woman in her time to Lauren. And Lauren is the one who takes for granted the freedom she has in her time. The rights she has as an artist, a woman, a lesbian. Katya wouldn’t have had those freedoms in communist Russia. And I always want to have the gay characters in my films where their sexuality is unremarkable and just part of the story. I don’t want that to be a political statement or issue, they are just part of the story. And a woman in Lauren’s time can live that way, she’s a character who just is gay and there’s no drama about it.

Lesley Coffin: I read that when you first started as a director you were concerned that even with the increase of LGBT films are getting made, they aren’t marketed or presented to audiences as universal stories.

Directors of these films are making good films, but are seen as specialist directors who only make one type of film. Do you still feel that way about the industry?

Shamim Sarif: I do, but I think that’s been largely due to the risk elements people feel on the business end. If you start out making an action film, you are an action director. If you start out making a period drama, that’s the type of director you. If you are a woman directing gay love stories, that’s the type of movie you make. And you have to work very hard to avoid the box the industry wants to put you in.

The next movie I make will be a contemporary action film, and when I’ve talked to people about that they’re baffled. But to me, writing and directing is about expressing different themes and I want to exploring, not being tied to one specific type of film or genre. I think people have such a fear of losing money or being unsuccessful, they only want to support you doing something they’ve seen you do.

Lesley Coffin: There’s the low-budget Indies and studio films, but the mid-level budgets are harder to get financed now. Was it hard to get investors to put in enough money to make the film on the budgetary scale this film needed?

Shamim Sarif: In the ideal world, this would be a 20 to 25 million dollar film, and a decade ago we might have been able to make that film. But we wouldn’t have been able to get the film made on that budget, so we had to talk about what we really needed and what we could live without, where we could cheat a little bit. And raising money is the worst, because there will never be enough, but when you are in production, I’m lucky to have my wife by my side as my producer. We both know the other one’s working her hardest to get it made. When you don’t have the budget, it’s even more important to find people who believe in the project and do their best with the resources they have. And our cast and crew did that. Just the costumes are a good example, they all had to be handmade, and they were just stunning.

Lesley Coffin: When fundraising, how important is it to have names like Charles Dance and Rebecca Ferguson attached early on?

Shamim Sarif: Actors usually come on board close to the shoot, but in terms of financing, it’s always helpful to have them onboard as early as possible. Probably more now than ever.

Top Photo: Rebecca Ferguson as Russian spy, Katya, in Despite the Falling Snow 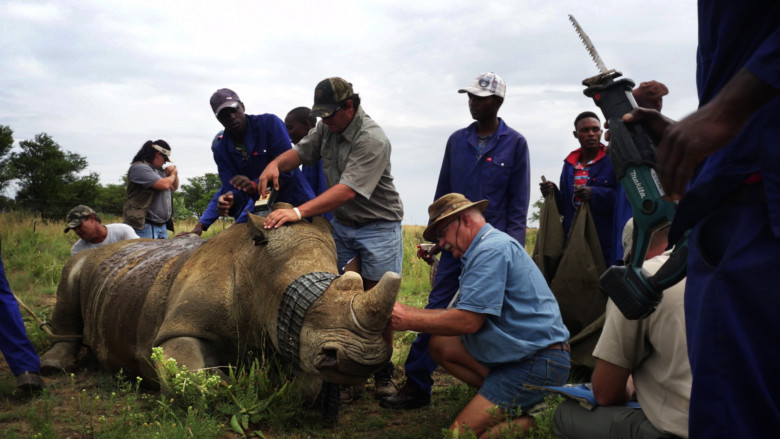 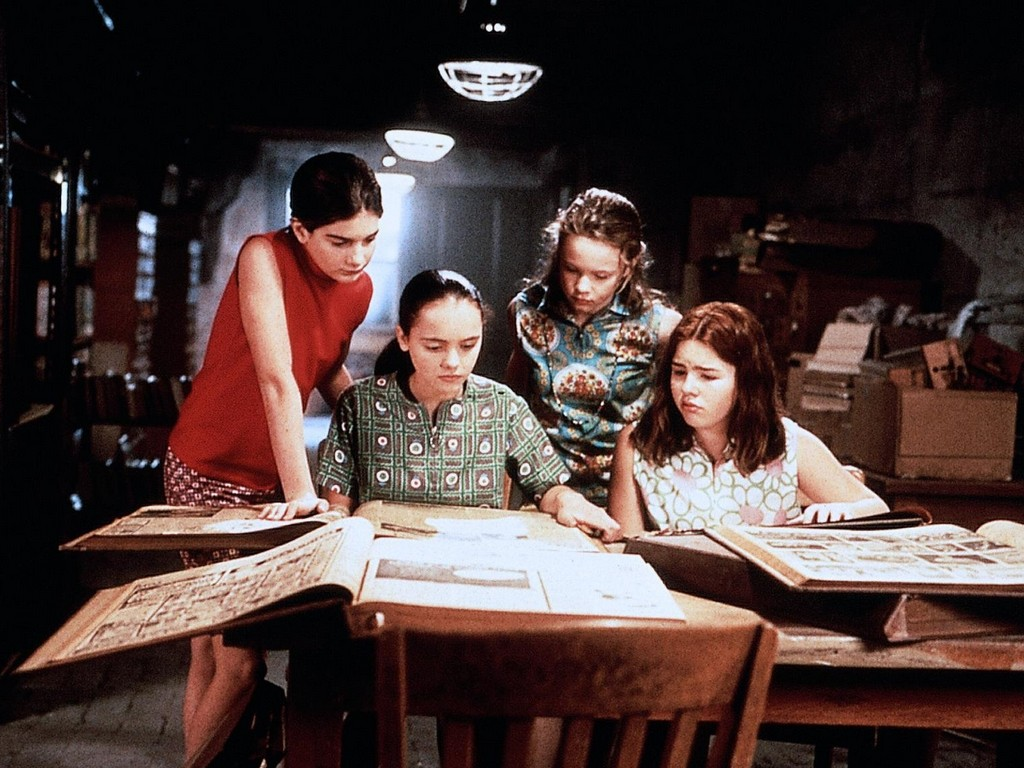