Does the future of films by women lie in shorts? 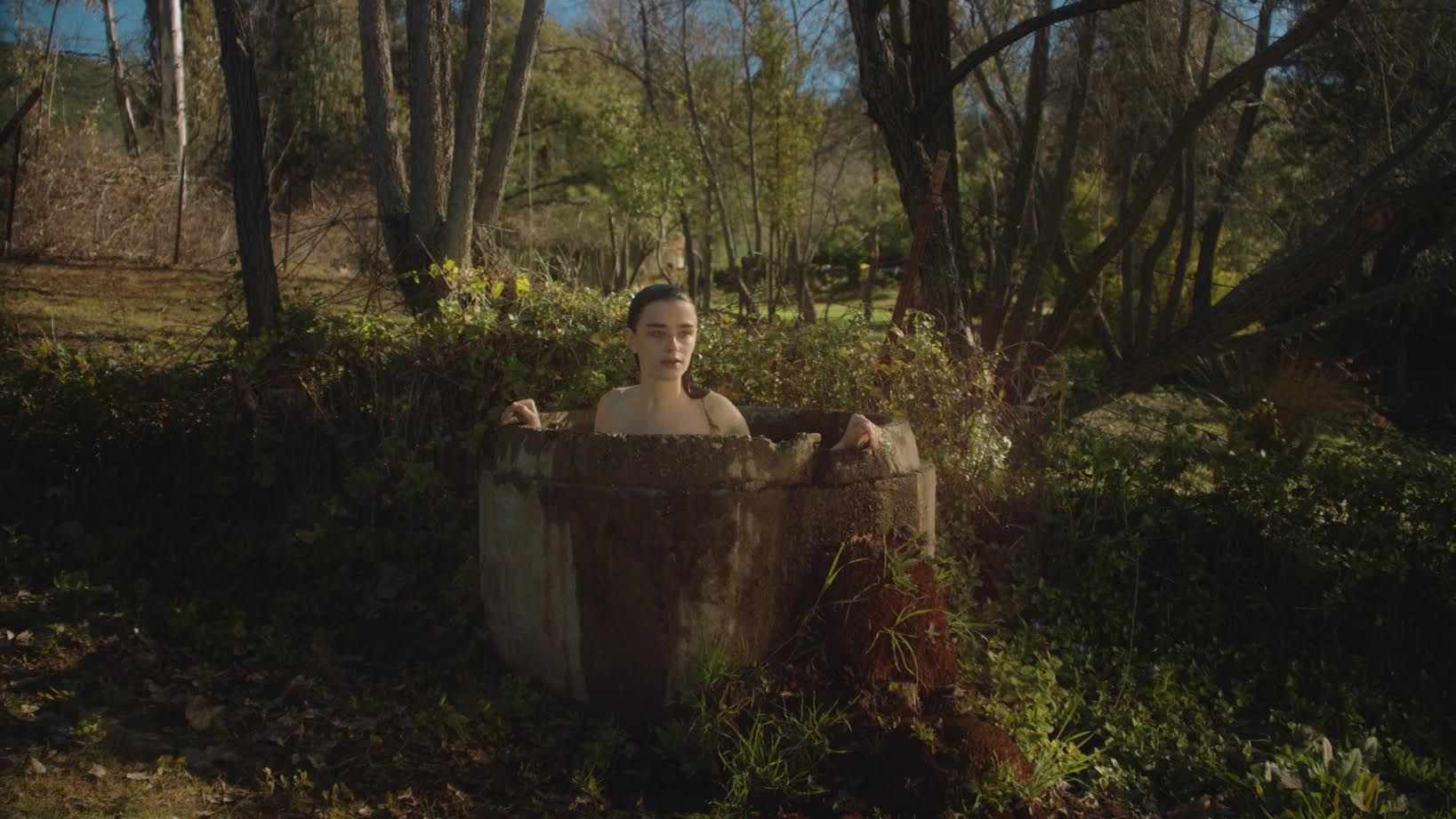 “Out of This World: Female Filmmakers in Genre” was a chance for new online-based studios to demonstrate their openness to women’s point-of-views in science fiction. With the world premiere of YOYO (“You’re Only Young Once”), director Nicole Delaney put the popular post-apocalypse to comical and sexy romantic-com effect that left the audience hoping for more episodes, anchored by the equally poignant and slapstick comedy of Sophie von Haselberg in her first lead role. Distributer Gunpowder & Sky, with their science fiction division DUST, will include YOYO in its multi-platform subscription for innovative sci-fi short films and web series, including its YouTube channel.

Pineapple’s first two episodes were visually dazzling, the New York premiere was enough to want to start binge-watch. (Sundance Festival attendees had the same reaction.) Jon Keng’s gorgeous cinematography both captured the feel of a ghost town and heightened the suspense for murder and corruption.  Developed with Adaptive Studios, the series has just been picked up by Blackpills app to launch its first scripted series.

The accidental Brooklyn hipster hit comedy New York Is Dead, written and co-produced by Jenn Harris, will be going beyond the world-premiered first episode into six episodes, thanks to a Kickstarter campaign.  But the feminist comic stand-out was Woman of a Certain Age, created, written, and starring Kate Dearing, directed by Amanda Cowper and Sami Kriegstein.  The amusing and pointed premise has great potential to continue through a planned mini-series after its Tribeca world premiere.  Dearing’s titular “every woman” is haunted in every decision by her noisily critical inner six-year-old, her sarcastic teenage self, and her opinionated future elder.

Debut director Bonnie Wright gave powerful life to Martin Cohn’s script for three conversations in the dramatic anthology series Phone Calls.  She brilliantly intensified what could otherwise have just been mini-radio plays into eviscerating visualizations of several relationships by honing in on how the subtext becomes text in our too-connected conversations.

New platforms have been shown to be impactful outlets for short documentaries and nonfiction, leading various female filmmakers to debut their work at this year’s Tribeca Film Festival.

New Deep South, created by Lauren Cioffi and Rosie Haber, is a series profiling the lives of queer youth in today’s Southern United States. The world premiere of their third episode, “House of JXN” was a sensitive portrait of LGBTQ youth of color in Jackson, Mississippi.  Episodes are posted through The Front, which describes itself as an international “female-founded and run online video network”.

The New York Times’ Op-Docs have, for several years, featured women’s short documentaries and essays online and limited theater release. Elizabeth Lo’s Mother’s Day simply – and consequently devastatingly– followed kids on their annual trip to visit their moms in a California prison.  While a charity runs this overnight ride, it would encourage any viewer to support the National Black Mamas Bail Out Day campaign.  The festival also premiered Marisa Pearl’s Hotel U.S.A., Megan Mylan’s Taller Than the Trees and Gina Pollack’s Undue Burden.

At the world premiere screening of Run Mama Run, director Daniele Anastasion said that ESPN approached her to complete any female-centric short sports film, continuing to commission women documentarians.  Her film demonstrated the importance of establishing trust and support with a woman subject who has already been in the camera’s eye—and burned by negative social media backlash about her body and her choices.  Anastasion intimately followed track champion Sarah Brown for months on an emotional roller coaster as she trained for the trials of both the Olympics and motherhood, no Hollywood ending needed for pay-off.

Other documentary shorts by female filmmakers were in the conventional film sections, but were not produced conventionally.  To make The Spring, Chloe Corner, Delaney Buffett and Katie Corwin organized a team of female filmmakers under age 25 to interview and honor The Mermaids of Weeki Wachee Springs State Park, who have been charming audiences in Central Florida daily since 1947.  From researching historical archives (Mr. Peabody and the Mermaid was also filmed there), to capturing their underwater grace, the team’s respect and affection for all the magical women, young and old, swept away any sense of kitsch.

Love the Sinner documented the Orlando Pulse nightclub massacre, with filmmaker Jessica Devaney returning home for the first time out as a queer woman to face her devout Evangelical Christian community.  Co-director Geeta Gandbhir interviewed Pulse survivors while Devaney challenged her pastor and family to emotionally and intellectually explore their homophobia.  Even as they struggle to accept her, she warns them not to make her an exception, but, as she asks: “Would you welcome the person I love?”

Laura Moss won the Student Visionary Award for directing Fry Day, with societal callousness about capital punishment as a backdrop for a teen girl’s attempt at independence.

Notable drama shorts based on/inspired by a true stories were made vividly contemporary and should serve their traditional function as calling cards for the opportunity to make a feature film.  Writer/director Joey Ally’s Joy Joy Nails was inspired by Sarah Maslin Nir’s investigative reporting on“The Price of Nice Nails” about the miserable conditions faced by workers in manicure salons.  Ally fashioned a moving and suspenseful universal story of the New Girl vs. the Mean Girl for these Korean and Chinese immigrants who find the strength of female solidarity against the common enemy.

Kiira Benzing’s Hilda demolishes the “boys club” image of New York’s Abstract Expressionist movement of the 1950s by imaginatively celebrating octogenarian artist Hilda O’Connell and her work.  Italian director Marta Savina filmed Viola, Franca, her graduate thesis for UCLA’s directing program, in her grandfather’s home village in rural Sicily. She tells the story of a young woman, who in 1965, defied the law of “reparatory marriage” by refusing to marry her rapist and successfully insisted on criminal prosecution.

I sampled the Virtual Arcade and interactive Storyscapes and exhibits that listed women as primary creators, but I mostly found that Virtual Reality technology doesn’t always match the high conceptual intent.  Most of the attention went to Kathryn Bigelow’s The Protectors: Walk in The Ranger’s Shoes, co-directed with Imraan Ismail, for National Geographic.  But photojournalist Kate Brooks’ documentary The Last Animals offered more insight into the dangerous work of protecting wildlife in Africa from extinction by poachers, without the gimmicky headset.  With far less technical dazzle but social resonance, Selly Raby Kane’s The Other Dakar offered a magical mystery tour of the ancient and contemporary influences on artists in Senegal, while the female-led Hyphen-Labs offered a futuristic take on the Barbershop franchise with NeuroSpeculative AfroFeminism.

Flush from their success with seeding Hidden Figures, The Alfred P. Sloan Foundation previewed projects supported by their joint Filmmaker Fund with Tribeca to encourage creative approaches to non-stereotypical portrayals of technology and scientists.  The clips and staged readings of scripts, directed by Paul Schneider, included two intriguing entries written and directed by women.  One of my favorite colorful documentarians Jessica Oreck ventures into stark black-and-white docu-drama with One Man Dies A Million Times that finds the humanity in saving a seed bank amidst starvation during the Siege of Leningrad in World War II.  Emily Lobsenz’s Invisible Islands plays with the broad comedy behind the science of artisanal brews in an anthology series that will probably find a place in one of the new streaming media platforms that are welcoming women.

A Tribute to Nadine Labaki

A Tribute to Julie Delpy

by Nora Lee Mandel May 31, 2017
Nora Lee Mandel is a member of New York Film Critics Online and the Alliance of Women Film Journalists. After high school weekends spent learning film history at NY’s Museum of Modern Art, she studied film criticism at New York University. In addition to many years of writing for national and New York City organizations in the arts, education, history, and city planning, her reviews of documentaries, independent, and foreign-language films, books, television, exhibitions, and music have also appeared in such outlets as: Film-Forward.com, FilmFestival Traveler and Lilith Magazine, the independent Jewish feminist quarterly. Her ongoing Critical Guide to Jewish Women in Movies, TV, and Pop Music has been the basis for her talks around the New York region.
Previous Post Next Post