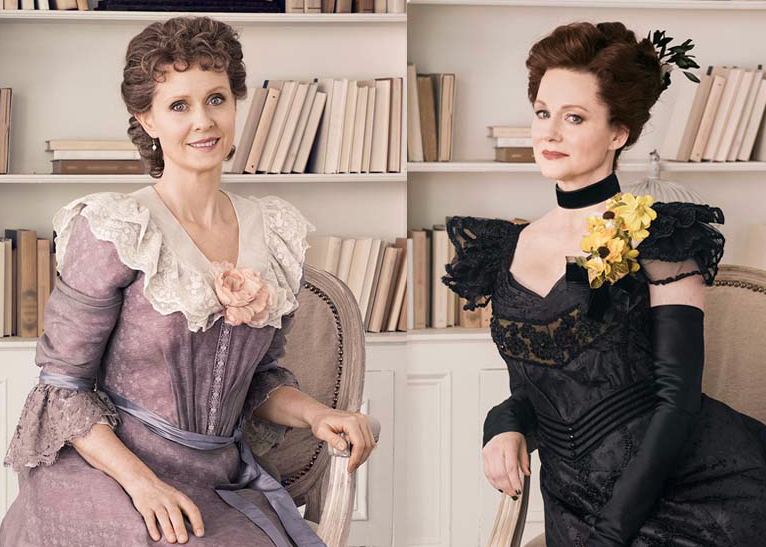 Congratulations to Cynthia Nixon, winner of the 2017 Tony Award for “Best Actress for a Featured Role in a Play” in the role of “Birdie” in Lillian Hellman’s The Little Foxes. Kudos as well to Jane Greenwood who also won a Tony for her fabulous costume design.

Lindsy & I were privileged to have seen this production with Laura Linney as “Regina” and Cynthia Nixon as “Birdie,” although these two women are such fine actresses that we are both sure that the flip (with Nixon as “Regina” and Linney as “Birdie”) is superb as well. Bottom Line: Lillian Hellman created indelible characters that actresses of substance will treasure forever. Brava, Lillian. Here’s to more feathers in your cap 🙂

Lindsy Bissonette here — on the day before the 2017 Tony Awards — reporting on my recent Broadway splurge.

Lillian Hellman’s work is stunning, and, even decades later, incredibly poignant. The Little Foxes, set in Alabama in 1900, is a story of family, greed and revenge as “Regina Giddens” (Laura Linney/Cynthia Nixon) struggles to gain equal ground amongst men. In the end, it is cunning and manipulation that win the game, but, unfortunately, not everyone makes it out unscathed.

A sudden hush falls over the audience as the curtain flies up, and a soft light fills upstage. I take a second to cherish this first moment, my favorite moment, of pure silence as the entire audience waits patiently and hungrily for the play to begin. There is a muffled sound coming from upstage, and when the French doors swing open, a boisterous laughter fills the room, and then dies away when the doors close again.

FF2 Media Editor-in-Chief Jan Lisa Huttner and I are in the center of the Dress Circle, with perfect seats to stare in awe at the stunning set and lighting design. A sweeping spiral staircase up center stage with a crack at the top reveals a crumbling paint job and a hint of money problems. French doors up stage left mask a muffled sound, and when the doors open, boisterous laughter fills the entire theatre. Not a single word has been uttered, and alre

ady I can tell this production is going to be remarkable.

Director Daniel Sullivan creates a perfect atmosphere. He’s given just enough information so that the audience feels they know the characters before they even enter, and yet we are curious enough to lean forward with each new character entrance and every new piece of information.

From brilliant and powerful performances to flawless cues, the entire production is slick. The scenic design, the costumes, the magnificent lighting design, and, of course, the performances. All around this production is mesmerizing. Regina’s control is hypnotizing, and terrifying, as audiences watch the mental game between family members and friends take a toxic turn.

Lillian Hellman’s 20th century classic The Little Foxes graces The Manhattan Theatre Club’s Samuel J. Friedman Theatre at 261 West 47th St with the talented duo Laura Linney and Cynthia Nixon alternating the roles of “Regina” and “Birdie” every other night. The poster alone should be enough to have you flying to the theatre to buy your tickets! Those devilish smiles, the flourish of dark feathers, the secrets they have! This is a play you will not want to miss.

Bonus Photo: Jan & Lindsy at Samuel J. Friedman Theatre on 3/29/17. Selfie taken by a kind gentleman in the next row 😉 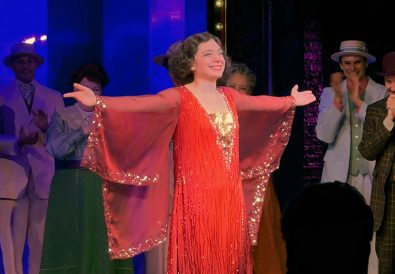 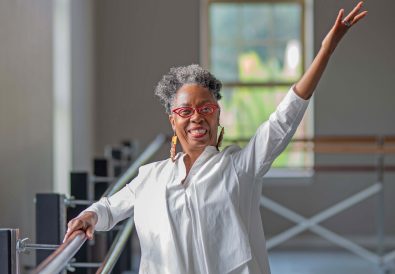 by Amelie Lasker June 11, 2017
Amelie Lasker joined FF2 Media in early 2016 while studying English and history at Columbia University. She received her Master's in English Literature at the University of Cambridge in 2019 and became a Contributing Editor at FF2. Her work with FF2 has earned her Rotten Tomatoes accreditation. Now, she is FF2's Brand Coordinator, developing iSWANs campaigns. Amelie is an artist herself; she is a produced playwright and fiction writer.
Previous Post Next Post