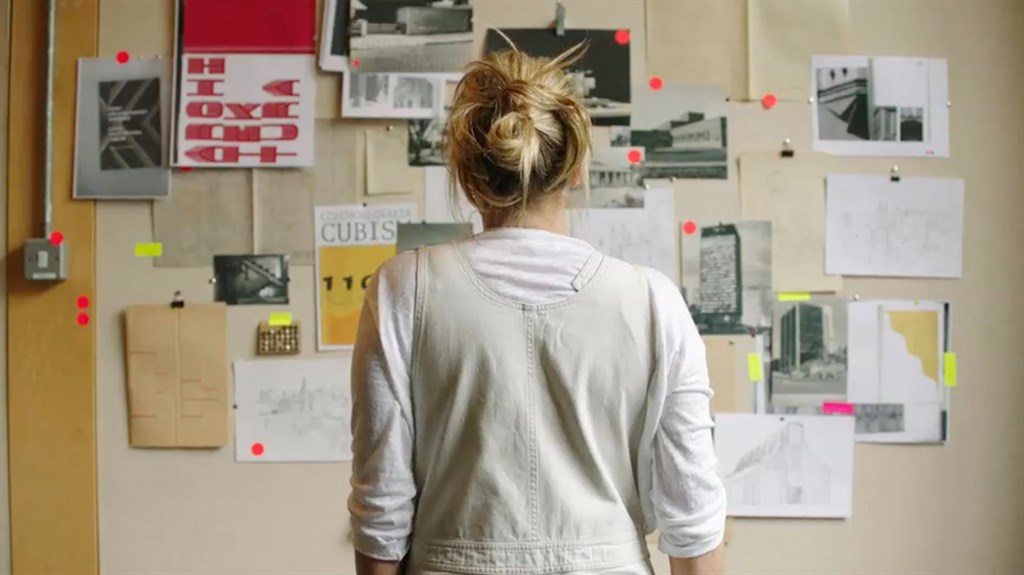 Marina Willer intended to make a short film documenting her father’s life story as one of only 12 Jewish families to survive Nazi occupation in Prague, even posting a Kickstarter page to raise money for the project. But then producer Charles Cohen took an interest in the project and encouraged her to make a feature-length documentary. Not only one which would recount this part of history from a new perspective but show how timely that story as we struggle with the global refugee crisis. Partly a story of one of the Holocaust victims, partly a celebration of the immigrant experience. Willer blends her own narration with her father and actor Tim Pigott Smith, over impressionistic art and photography to tell this deeply personal story.

Lesley Coffin: How did this evolve from being a short film to a feature-length documentary?

Marina Willer: I had planned to make it as a short film through Kickstarter, I put together the materials for it and everything. But then I was very lucky when one of my producing partners knew of Charles Cohen and sent him the link to my Kickstarter. And he persuaded me that it would make a good feature film. And I’m so grateful he did that. And the project went from being a very small project to a very big one, although still on a modest budget. And that’s how it evolved.

Lesley Coffin: The film is described as an impressionistic documentary and your father’s artwork seems like a big inspiration on the film’s visual style. What decisions did you and your cinematographer come to about how the film would look?

Marina Willer: My background as a designer has made me keenly aware of how images play into how we tell a story. So I wanted to show on film how architecture had affected how my father had seen the world and represents all the baggage he brought with him from Europe that he brings to his children and grandchildren. You see something in your youth and take that memory with you to another part of the world. And that’s part of what’s so beautiful about immigrant stories. It’s a film about the Holocaust, but it’s also a film about immigration and migration, and there are so many stories of how people make new homes and are able to share their culture with neighbors in their new homeland. That’s my father’s story, and I wanted to share some of the visual memories he has while also having his very strong verbal memories. And it’s a difficult balancing act because you don’t want the visuals to become too distracting. I wanted my images to be very simple but very evocative.

Lesley Coffin: In the film it mentions that it wasn’t until you and your brother took your father back to Prague that you started to hear stories about what his family had gone through. Before then did you identify strongly with that part of your heritage?

Marina Willer: We always knew about his immigration to Brazil, his love of music and art, and his father’s professional success. We knew the positives. But regarding the war and how that affected him, I think he had blocked that out until then. And he had always said that his experiences were far luckier than most. But the experience that started when he was 75, he’s now 87, when he decided to make a record for us was when I really realized and understood this major part of his life. You understand what happened, but when it is close to home you start to have a personal connection to that part of history. They were one of the 12 Jewish families that survived the war, but to know all his extended family and friends and neighbors were gone, it makes you realize the scale. Hearing his stories provided a point of entry for me to understand that part of my family history.

Lesley Coffin: What was it like to record him telling these stories for the first time and having to direct him? It had to be a very emotional experience for both of you.

Marina Willer: It was extremely emotional, but he’s not the type of man who will cry and usually holds things back. It got easier to find that balance between director and daughter. But it was also so moving for me because my father is getting older, he has Parkinson’s and survived cancer, and seeing him open up finally at this age was such a powerful moment to share with him. I was so happy to see him finally come to peace with those things after so many years. But it took a lot of time to get him to open up because sometimes he’d a get a bit confused about what he wanted to say, part of that having to do with the Parkinson’s. But he found the words.

Lesley Coffin: What made you decide to include segments with yourself and your children?

Marina Willer: I was persuaded by others to put myself in the film, specifically Charles Cohen. I didn’t plan to appear in it, but I did speak in the Kickstarter video. And people told me that it brought a personal element to the film, but that this is also a film about a father and son, so including myself would provide a feminine quality the film needed to have balance. The cinematography insisted when we were shooting. And even after we filmed those segments I was very self-conscious about appearing, but Charles told me that having my voice was crucial, saying without it he wouldn’t want the film because he wants that personal experience and the feminine side was an important element. And once I decided to do that, I was excited to include my children because with them in mind, the film was more about the past influencing the future. My father connections to both his own past and to my boys through their love of science and art. They love being with him, because he inspires them, and he loves having conversations with them because they aren’t yet judging the world. They all see the world in this crazy way.

Top Photo: Willer credits her father for her artistic vision.

Bottom Photo: Alfred Willer, a migrant who fled Europe during World War II and built his life as an architect.