‘The Light of the Moon’ shows long-term impact of rape 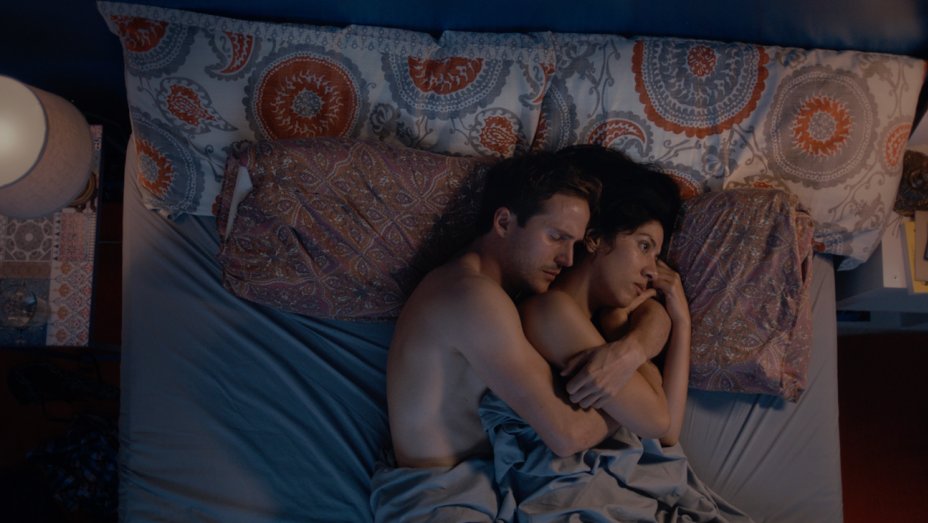 Jessica M. Thompson may have made her feature debut with the critically acclaimed new film The Light of the Moon, but she’s spent her life learning the craft of filmmaking. Australian born, she spent her youth working as an actor before choosing to go behind the scenes. After working as a Production Assistant, documentary editor and producing her own shorts, she took the next step as writer-director-producer-editor of The Light of the Moon.

The ethereal title may seem misleading at first, as the film depicts the brutal rape of Bonnie (Brooklyn Nine-Nine’s Stephanie Beatriz) and the devastating aftermath. Thompson made the film in response to Hollywood’s most recent depiction of rape from the male perspective, insisting that a female voice and eye should tell this story.

Read FF2 Media’s review of The Light of the Moon HERE.

Lesley Coffin: I read in the press notes that part of what inspired you to make the film was in response to how rape has been depicted in TV and films. Do you remember some of the examples that motivated you to respond?

Jessica M. Thompson: There had been a couple of things which failed to show the aftermath or the long-term impact it would have on the victim. There are films like The Girl with the Dragon Tattoo taking on a rape revenge story. And Game of Thrones shows rape extremely grotesquely. I find they tend to film those scenes from the perspective of the rapist, which is inappropriate because it asks you to identify with the rapist rather than the victim. It’s still for male consumption rather than to emphasize and empower a victim. And I had trouble with the film Birth of Nation, and the director of that film, choosing to fictionalize a rape scene to motivate a male protagonist. But there’s a consistent lack of reality in how we’ve depicted rape on film. Women rarely get their day in court or see the perpetrator brought to justice, unlike movies like The Accused. It’s a problem to allow male writers and directors to tell these stories, it makes you question who this story is for.

Jessica M. Thompson: It was very loosely inspired by an experience a friend of mine went through. She’s a powerful human rights attorney in New York and was attacked while jogging. And the way that event impacted her life, and rippled through the relationship she had with everyone around her, I thought it was time we saw a story like that. I wanted to tell a story that empowered the victim, not through revenge or re-enacting the violence, but finding the strength to come to terms. Moving from denial to acceptance felt like a more realistic female perspective. And I wanted a female perspective, which is the reason I felt it was so important to have a female cinematographer on board, to avoid the male gaze.

Lesley Coffin: I noticed that a lot of lead roles on the crew were women. Did you actively pursue finding women to take leadership roles on this film?

Jessica M. Thompson: Absolutely. I’ve worked in the film industry since I was 12 years old, when I was a child actor. And I honestly believe that the overwhelming maleness on film sets creates the situations like Harvey Weinstein. The industry’s so male-dominated. However, two of the producers on this film were men and they are two of the most important men in my life. But, I wanted to encourage equality on set, and one of my producers and best friends is a gay man, and he agreed that we needed to employ all minorities in key roles. Women, people of color, homosexuals, we wanted our set to look as diverse as New York City is. And I think that’s the only way to create change within the industry, but it also generates more interesting art. I always felt completely respected as the writer-director, but I wanted a set that stripped away the power structure I had found so discouraging when I worked as a production assistant. I had lunch everyday with different members of the crew to hear what they were working on and their goals. Our lead actress new every single person’s name. I hope everyone felt their voice mattered on this set.

Lesley Coffin: Did your experience as an actress and editor influence your approach to directing?

Jessica M. Thompson: I have ten years of training as an actress and I’ve worked as an editor for the past 10 years, primarily in documentary. So all that helped me on set as both a writer and director. I feel like I can understand where actors have to come from because of my own experiences. It’s the only career I can think of that demands you to tap into and display your emotions all day long. Acting like it’s just a job isn’t realistic. And as an editor I have a realistic understanding that you will have to cut things out in order to get the film you want. Sometimes you have to cut out great stuff for the good of the overall project. But the most important thing about those experiences is, I took notes of how I wanted my set to feel, and how I wanted it not to feel. I pay a lot of attention to the sets that I did and didn’t like, and read a lot about other women directors. Jill Soloway’s one of my favorites and she’s quoted saying “if you can’t cry you can’t hold my camera.” And I loved that. I loved that everyone’s allowed to have their emotions. We’re in the emotions business but most sets I’m on demand people keep their emotions under lock and key.

Lesley Coffin: I’m familiar with Stephanie’s career on TV, and she’s so naturally funny, seeing her in a leading role like this is very different. What motivated her casting?

Jessica M. Thompson: I’d had my eye on Stephanie for a while. I agree with you about her comedic style, she’s a very funny person and the character needed a bit of gallows humor. I knew I would need a comedic actress that could do drama. I knew that I also wanted a woman of color in the role, and Stephanie was always in my top five. I just had a sixth sense that she was craving a dramatic role like this, something that was a leading role. And the second we started we felt an instant connection with one another. She wanted a lead, she wanted to do more drama, and really liked that it’s mentioned that she’s Latino just once in the script.

Lesley Coffin: I wanted to ask about the title of the film, it has an almost ethereal quality that is in stark contrast to a film that takes such a realistic perspective to the material. Why choose the Light of the Moon?

Jessica M. Thompson: On my previous films, I didn’t come up with the title until the very last day of editing. I like to use the experience I had making the film to inspire the title. But with crowdfunding now, you have to come up with a title much earlier. So I thought about the title much earlier, and wanted to have something that felt very poetic. And I remembered a story my mom used to read to me, the owl and the pussycat. And the last line of that story is “hand and hand they dance by the light of the moon.” And I just kept thinking about that line in connection to their relationship. The idea of their being light at the end of a dark journey.

Photos: Stephanie Beatriz as “Bonnie” in The Light of the Moon 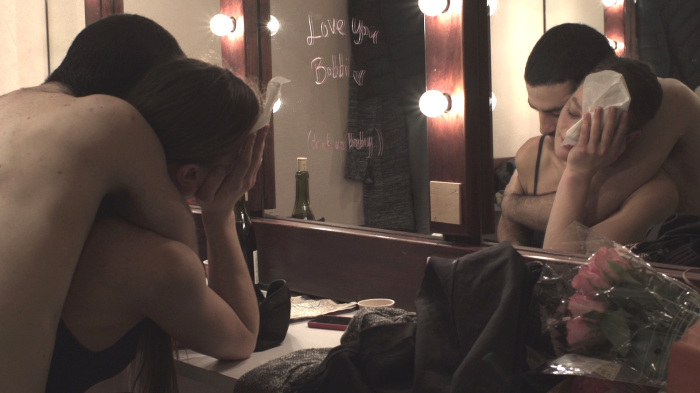 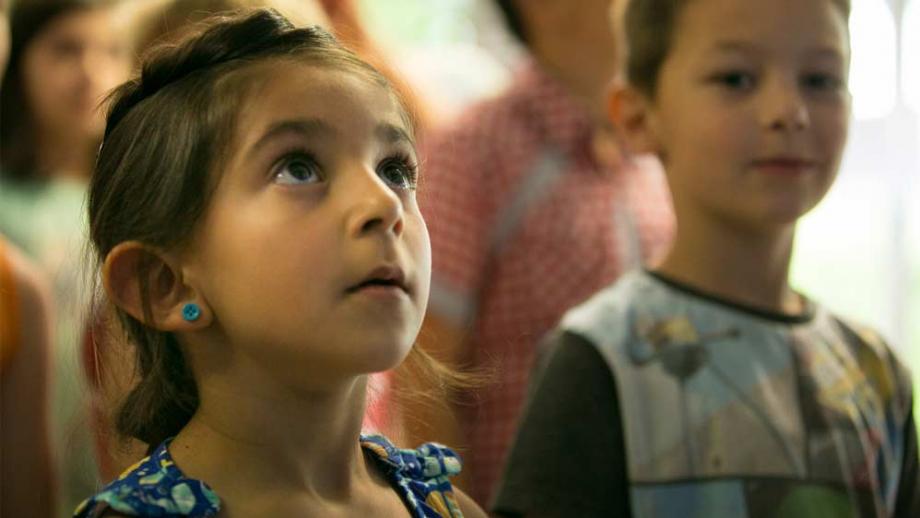 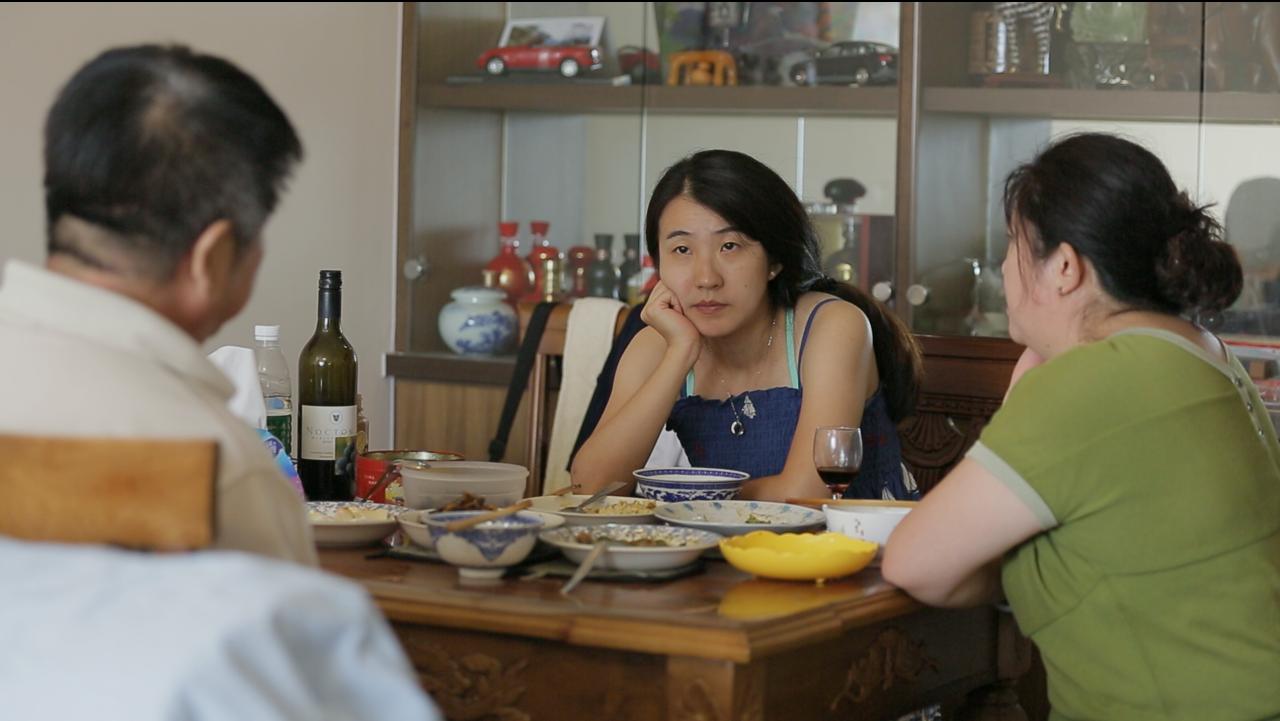