‘I’m the boss’: Ava DuVernay gets standing ovation at ‘A Wrinkle in Time’ screening 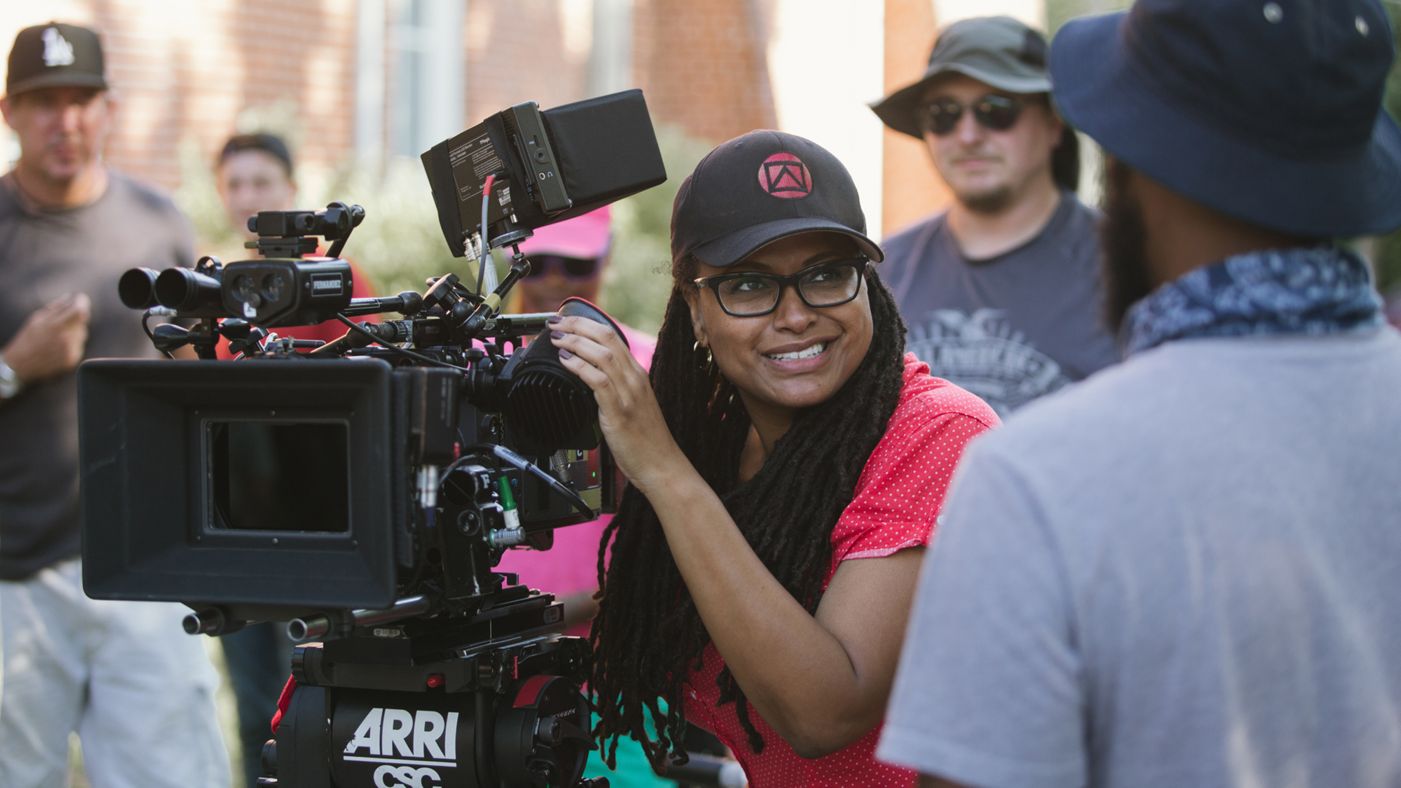 “This is for anyone who’s young at heart!” filmmaker Ava DuVernay shouted over the microphone as the lights went down. Then she walked offstage and headed to the back of the Walter Reade Theatre at the Film Society of Lincoln Center.

On March 6, four members of the FF2 Media team had the chance to watch a private screening of A Wrinkle in Time directed by DuVernay and written by Jennifer Lee and Jeff Stockwell (based on the novel of the same name by Madeleine L’Engle).

After the screening, DuVernay came back out for a Q&A, but she had to wait several minutes for the standing ovation to end! She talked about the actors, the making of the film and then eventually took questions from the audience. But before she did any of that she asked: “How many of you in this room are six or younger?” Several excited children in the audience stood up.  “Seven?” A few more stood up.  “Eight? Nine? 10? 11? 12? 13? 14? 15? 16?” by now, a good quarter of the audience was standing. “This film was for you!”

“Storm is 13 and from Atlanta, Georgia. She’s got a beautiful spirit, she’s the sweetest girl I’ve ever met, and she’s got tremendous talent. She’s a deeply rooted actor, and takes it very seriously. Child actors can sometimes get a little surface, but all three of them were really great. And Storm in particular is a deeply feeling, deeply rooted actor.”

When asked why DuVernay made the casting choices that she did she replied:

“Events around the time of this film are not lost on me. Considering where the book came from and the time it was written in, it was an honor to be able to change some aspects of it. A lot of the book has been ripped off in other films, so I asked myself “How do we make a girl fly and make it feel special?” In the book “Mrs. Whatsit” (Reese Witherspoon) turns into a winged centaur, but I figured you’ve already seen a centaur before. I bet you’ve never seen a flying leaf before!”

Ava was then asked the importance of casting Meg:

When a little girl asked “Why did you make this book a movie” DuVernay responded:

As a director what was a really intense scene?

When she sees her father again. Your not sure if he recognizes her and they come together and embrace and she says “daddy” and starts to cry.

How do you direct Oprah? She’s, like, the most powerful person in the world!

She is just a really nice woman. She listens and she asks, “What do I do?” and the things Mrs. Which says in the film aren’t that different than what Oprah says in real life! She loved working on the film, and she had a smile on every day.

A child then asked “So you’re the boss?”

Yes! I’m the boss. A director’s job is a great job. I get to work with great friends and it’s really nice. It doesn’t quite carry over into my real life, but I get on set and I get to decide what happens. And it’s great because I get to collaborate with great artists. Whenever you create something with friends, it’s a good time.

What’s the next movie you’re going to make?

My next movie is filming this summer it’s about a famous case called The Central Park Five. So I’ll be in New York May through September filming that.

If you could be one Mrs (Mrs Whatsit, Mrs Which or Mrs Who), which one would you be?

Mrs. Whatsit, so that I could turn into creatures and I’ve always wanted to fly (and she’s the youngest!)

Why did you want to make this film now?

It’s a book I really love and it was made into a film a while ago and it just felt like it was time to do it again. I wanted to look at Meg in a new way and the Mrs. in a new way. I hope you enjoyed it!

A Wrinkle in Time is playing at most theatres now, be sure to go check it out! You can read about intern Kathy Cutler’s sneak peak on the film here!

Middle Photo: Poster for A Wrinkle in Time