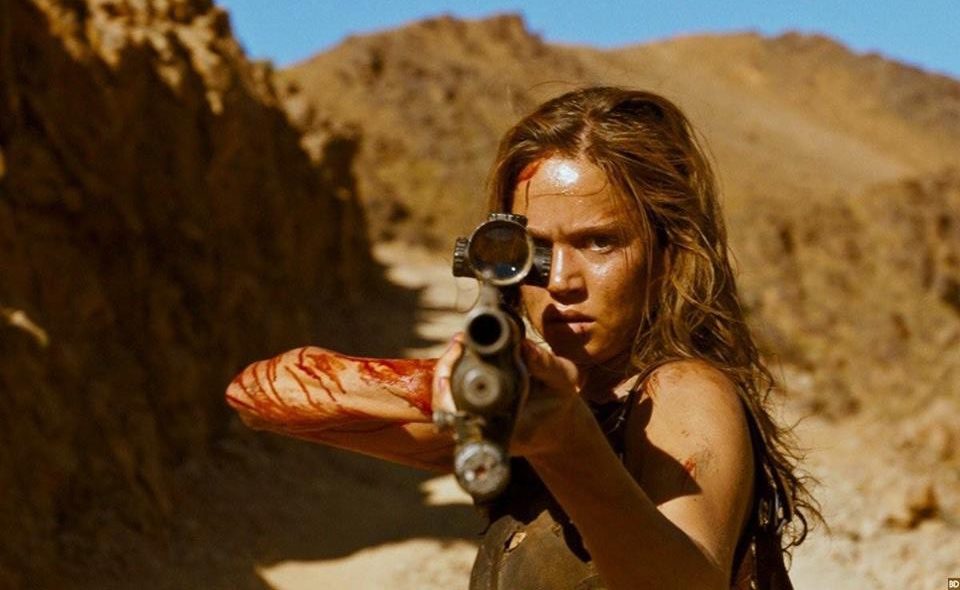 When was the last time you went to see a film made by a woman? While Patty Jenkins’ Wonder Woman was one of the highest grossing films of 2017, the percentage of female helmed films has, and continues to be, a tiny fraction of those released. According to a recent Guardian study, only three percent of all films released between November 2012 and June 2015 were directed by women. However, in the wake of the ongoing, and very public, revelations of gender inequality and blatant sexism in the film industry, there has been a renewed push to implement change – from signing diversity commitments to setting up scholarships and mentor programs.

While this has become something of a hot topic, many women and organizations around the world have long been working to address and rectify this imbalance. In the U.K., Birds’ Eye View (BEV) has been spotlighting and celebrating films by women for 15 years and continues to do so with the recent launch of Reclaim the Frame. We spoke with curator and program producer Jo Duncombe about this fantastic new initiative, the diversity of the female gaze and how a grassroots network of influencers could very well be the answer to shaping the future of women in film.

What is ‘Reclaim the Frame’?

It’s a pilot program designed to grow greater audiences for films created by women. The project seeks to empower audiences to make a positive intervention in the distribution and exhibition space. Supported by BFI Audience Fund, the Reclaim the Frame Influencer Project will spotlight four films in five cities over six months. The project aims to develop a growing network of audience “influencers” who are dedicated to broadening the frame through which we engage with film.

With the advent of social media, the term “Influencer” is thrown about a lot today. How does this project aim to use the power of influencers and social media to raise awareness of the female perspective in film?

Reclaim the Frame is all about aligning social activism and conscious consumerism in the cinema space. We believe that audiences have the power to influence our cultural gatekeepers by demonstrating their commitment to gender equality, and a more equal film future. The job of our influencers is to spread the word about the films on our program and encourage others to go and see them in the cinema.

Word of mouth is really important, especially for specialist and/or low budget films at the beginning of their cinema run. For each of the four films on our program, Reclaim the Frame travels to each of our five cities to present a special Q&A screening. The Q&A format, which BEV has honed over the past three years, aims to subvert the traditional – and let’s face it, somewhat passive – traditional Q&A format, by inviting speakers from a range of cultural backgrounds and specialism to respond to the film, before encouraging the audience to engage in a discussion about their own experience. The philosophy behind this approach is that audiences leave the cinema more engaged and more likely to talk to others if they have had the space to form and share their opinion in the cinema.

However, spreading the word is not just about social media; our influencers receive exclusive materials like film posters and flyers to share within their networks on the ground, and also have access to an allocation of free tickets for the Birds’ Eye View Reclaim the Frame screening of each film – but these tickets are only activated if they bring a paying guest. We are conscious of avoiding devaluing films by women by giving out free tickets – so this mechanism is a great way to bring new people into the cinema to engage with the film.

Who can become an audience influencer? Are there specific requirements?

Anyone can become a Birds’ Eye View Influencer – you just need to be committed to building a more equal film culture! Becoming a registered influencer – a “BEVI” – means helping the filmmaker(s) to get audiences to see her/their film.

What was the criteria for the films selected?

Because this is a pilot program over six months, our selection of films was limited to the period of April – September 2018. On average, approximately 15 films are released in the U.K. each week, and the summer is a notoriously difficult period. When the sun shines in the U.K., we’re naturally much less inclined to want to sit in a dark room! We wanted to make an intervention in this window, and show that audiences can absolutely be engaged and galvanised around films at this time. It’s startling to see how few of the 15 films per week are written or directed by women; quite often there are none. Each of the films we have in our program is fantastic and together they demonstrate the diversity of the female gaze. We really wanted to make the point that the female perspective is not a narrow, niche genre. It is vast and complicated and incredibly diverse – which is why we need more of it!

Our first film, Revenge, which we are touring at the moment, is from first-time French director Coralie Fargeat. It’s a rape-revenge, grindhouse genre film. The film is controversial, and in-your-face, and clear that some people are shocked a woman can tell a story from this standpoint. We think it’s important to spotlight this – and show that films by women are up for debate, too.

Intersectionality is very important to us: Mia [Bays – Director at Large of BEV] and I are both white British, and as curators we need to be very conscious of what that means in terms of the narratives we spotlight. Within the time frame available, we have done everything in our power to put together a program with diverse representations of womanhood – both in central casting and supporting characters, as well as behind the scenes. At each of our Q&A events, we also work hard to ensure the speakers are from a broad range of cultural backgrounds and disciplines. As white feminists, it’s not our job to speak for others. We want to make sure there is space for everyone to speak and broaden the frames through which we all engage with the films we see.

Our next film, released in July this year, is another first feature, this time from British filmmaker Deborah Haywood. The film, Pin Cushion, is a regional, working-class narrative about a young girl and her mother who move to a new town and both struggle to fit in. Our next two films, (which we are yet to announce), will screen in August & September, and include an award-winning documentary and an acclaimed American Indie.

What has the response to Reclaim the Frame been like thus far?

So far the response has been fantastic, and we have nearly 500 influencers signed up across our five cities. Our screenings have been packed to the rafters, and the conversations have been enlightening and inspiring. We can’t wait for our second film in July!

While this initiative is currently taking place in five cities across the U.K., are there any plans down the line to expand this movement and perhaps introduce it to other countries?

Absolutely! This is a pilot-run of the project, so we are limited at this stage to our five host cities: London, Manchester, Birmingham, Newcastle and Plymouth. We’ve had lots of interest from other regions, and absolutely intend to expand the project if we are funded. 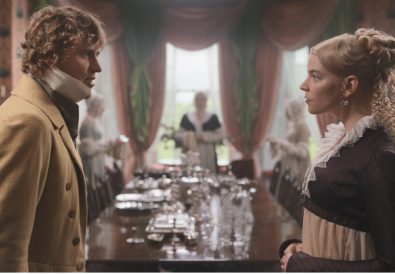 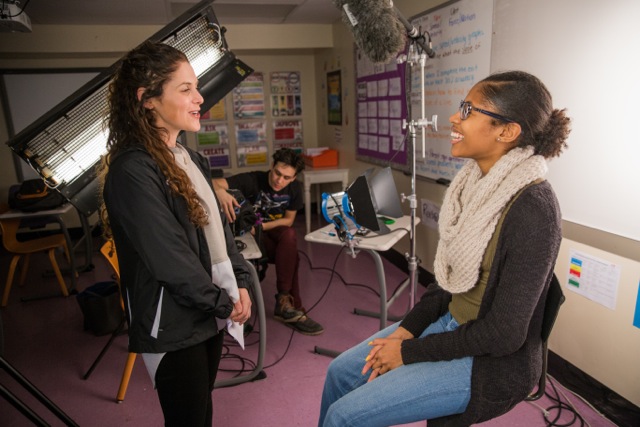 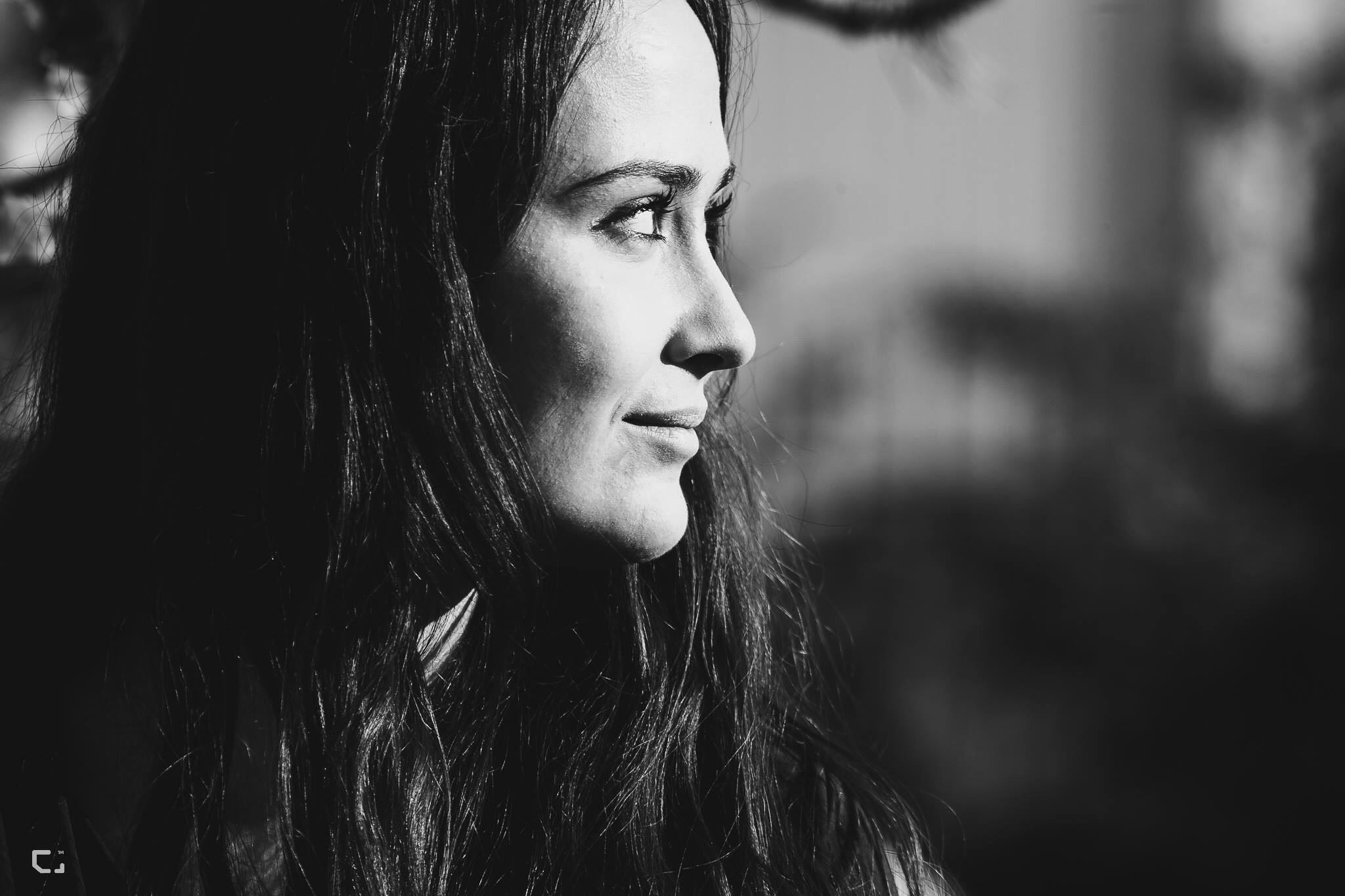