In a world full of grey, Ása Helga Hjörleifsdóttir brings ‘The Swan’ to life

The connection between nature and narrative can be a beautiful and powerful way of expressing a character’s inner thoughts and emotions. Ása Helga Hjörleifsdóttir shows this beautifully in her new film The Swan, based on the classic Icelandic coming of age novel by Guðbergur Bergsson. After acting out at home, nine year old Sól is sent to a relative’s farm in Northern Iceland to learn of hard work and mature. But part of her maturing includes her complicated relationship with a farmhand named Jón, who already has a complicated relationship with the farmer’s daughter Ásta. As lines begin to cross, Sól slowly begins to confront her own feelings, guided not by the family she’s with but the nature surrounding her. Although adapting a book which requires a film built around silences, Hjörleifsdóttir infuses her film with the warm of an empathetic storyteller.

Lesley Coffin: How did you initially find the book and what stood out to you that made you think it would work cinematically?

Ása Helga Hjörleifsdóttir: My mother is a literature professor and one of her fields of expertise was the writings of this author. And because she was so interested in his work and I was a teenager, I had no interest in reading it. So I didn’t read it until later, when I was at university, studying English and comparative literature before starting film school. And as an undergrad I was studying something related to this book so I read it and just fell in love with it. In life people say that one’s weakness can also be their strengths. And I think that’s certainly true and it was true when it came to me translating the book to screen. People kept saying how will you be able to make this into a film? It’s all the interior monologue of this little girl, it’s so cerebral and not action based, or at least there is very little action. And that was certainly a challenge, but this little girl’s stream of consciousness also offered so much imagery that it felt very cinematic. And the story is all about the beauty and the power of words. So the aspects which made it challenging also made me feel it could be a really powerful movie, if that makes sense.

Lesley Coffin: Because nature plays such an important part in the story, how challenging was the search for the right location and farm to film on?

Ása Helga Hjörleifsdóttir: I grew up with my mom, a single mom, in the city but in the summer time I would go visit my father who lived in the valley of northern Iceland. And that’s where we shot the film. My grandparents were farmers, as were his whole family. So when I’d go to visit I’d work on the farm too. So in my mind the story always took place there because when I read the book I just pictured a certain mountain and lake for the final scene. And even if we couldn’t shoot at that exact place, I felt like it took place there. So I had my own psychological reasons for wanting to make the film there but also because I knew it had everything I’d need to make the movie. There was an old pool and the kind of farm house I wanted. And having that pre-existing relationship with the people there also really helped get this film made.

Lesley Coffin: I’m sure a lot of the roles were difficult to cast, but the role of Jón played by Thor Kristjansson feels like it would have been especially challenging because of the questionable nature of his relationship with Sól. Did you find that part difficult to cast and what conversations did you have with Kristjansson in preparation of filming?

Ása Helga Hjörleifsdóttir: One of the keys to casting his character was not to vilify him. He needed to be sympathetic and embody the traits the character has. At the beginning he seems to be her only friend and encourages her to write stories. He has the kind of warmth she isn’t receiving from the farmer and his wife, and especially their daughter. I thought it was important that whoever I got to play him had that warmth, to make it believable that a girl that age would have a crush on him. And when Thor came into the casting he asked if he could play the character a bit gentler. Not to lessen anything in the script but not play him aggressive. One of the scenes he played in the audition was the scene when he confronts her for stealing one of his diary. And he immediately took a softer approach and it seems like that would have been the wrong approach, but it was the perfect counter balance for the inherent transgression of the character. And we certainly talked a lot about the character, he has two daughters and I’m a parent, so we talked about how upset we would be if we were this girl’s parents. But the key was always to not think of it as a difficult, problematic scene but find a way to see his behavior as something coming out as a friendly gesture that is taken too far. I mean, he certainly crosses boundaries. What’s interesting to me about this time is that in these post #MeToo times, we are now living in an era where everything is labeled. There are rules and rights and wrongs. It’s one of the most important revolutions ever. But it’s also important to remember that within that, human experience and interactions will often be in a grey era. And it’s hard to grasp and define certain things. Emotions are inherently abstract and they can’t be forced into a system. As a filmmaker I think art should be able to portray those grey areas of life without judgement and just be witness to it.

Lesley Coffin: And there’s also the question of how she is interpreting things now compared to what she will recall about that relationship as an adult. The character of the farmer’s daughter Ásta, did you intend for her to feel like a reflection of the kind of woman Sól could become?

Ása Helga Hjörleifsdóttir: Yes, the things the farmhand presents Sól with, we often see Ásta’s reactions to that. In my mind, the farmhand and the daughter certainly had a relationship, and it seems she got the bad side of that. Not that they are identical, I don’t see her as someone as creative as the little girl. Life is sometimes just unfair and people will just get the shorter end of the stick. And I feel this little girl still has hope. Reading the book I saw this as also being a story of an artist being born. She may be able to turn these events into art, in a way I don’t think the older girl can. But that also may come from the kind of household Ásta’s been brought up in and lack of perspective she’s presented with. That’s kind of the tragedy of the farmhand character, he’s the one person able to offer a different perspective. He gives them this larger perspective of life, but he also ultimately takes something from them.

Lesley Coffin: Nature is certainly important and I at least saw the three main characters as being represented by the animals in the film. The farmhand as the swan, the daughter as the horse, and the little girl as the calf. Am I reaching for symbolism or did you see the animals as representative of the same thing?

Ása Helga Hjörleifsdóttir: That’s actually a beautiful interpretation, although I didn’t think of them as their spirit animals until now and I think it’s true. The animals are in the book, although the swan in is less connected to the farmhand in the book than I think we had it in the film. The swan just represented poetry and nature, and freedom. That book’s use of that figure was more abstract. But the parallels between nature and human nature really attracted me to the book. The things which can be spoken by people can be expressed by animals or nature. I find that idea to be really beautiful. And at least in Iceland, although I assume it’s true of other Nordic countries, we are taught to be emotionally reserved and not express their feelings too much. And that’s reflected in the language, because in the English language there is such a rich vocabulary to express emotions, but in Iceland we seem to have a dozen words for snow but one or two words for heartache. But in our literature and poetry, nature is always viewed with such emotional capacity. It seems they use nature to express their emotions. And that can serve as a reminder that being emotionally reserved doesn’t mean you don’t have emotions. They are just expressed in a different way. And for a lot of people in Iceland it is expressed through our relationship with nature. So how I choose to film nature was very important. I tried, first with the shooting and then the editing, to always link it to the character’s emotions.

Lesley Coffin: You mentioned that this wasn’t a book you were interested in reading as a teenager. Did you encourage Gríma Valsdóttir to read the book to give her understand of the character’s inner-monologue?

Ása Helga Hjörleifsdóttir: Now that you ask, I don’t think that she’s read it. I decided to make a short film with her as a kind of audition process. And that gave us some time to prepare, over a year. We were given some development money and made a quick short film that had a character that was similar to Sól. I cast her and directed her in that to secretly audition her for this. And to prepare her, we certainly talked about the character and she even told me that she found the character to be rather odd. But she was always curious about her and was more than capable of portraying her. I just never got tired of watching her in the edit room. 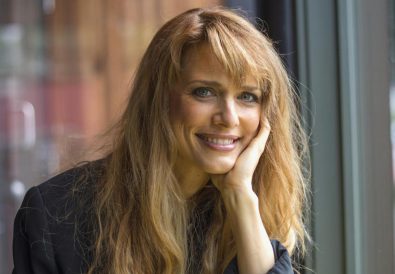 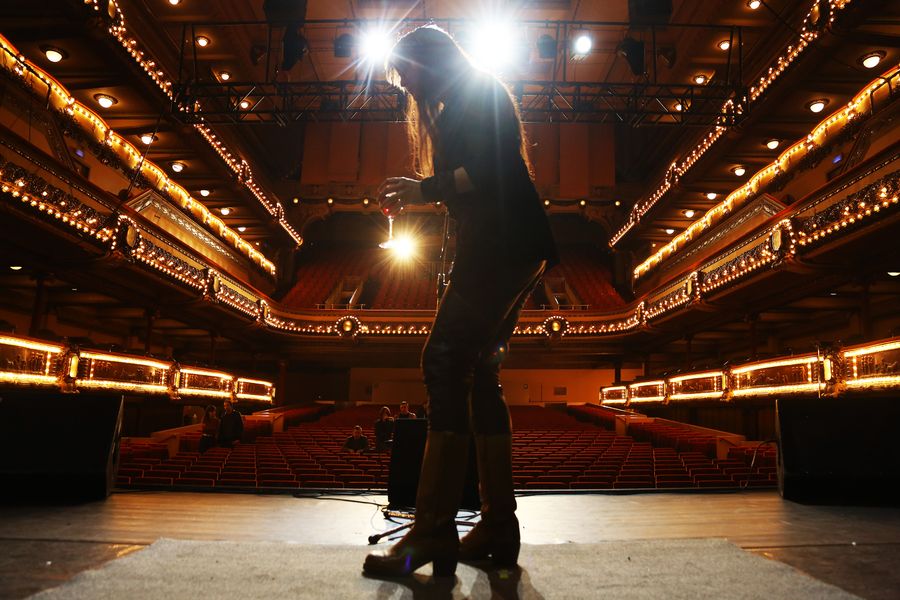