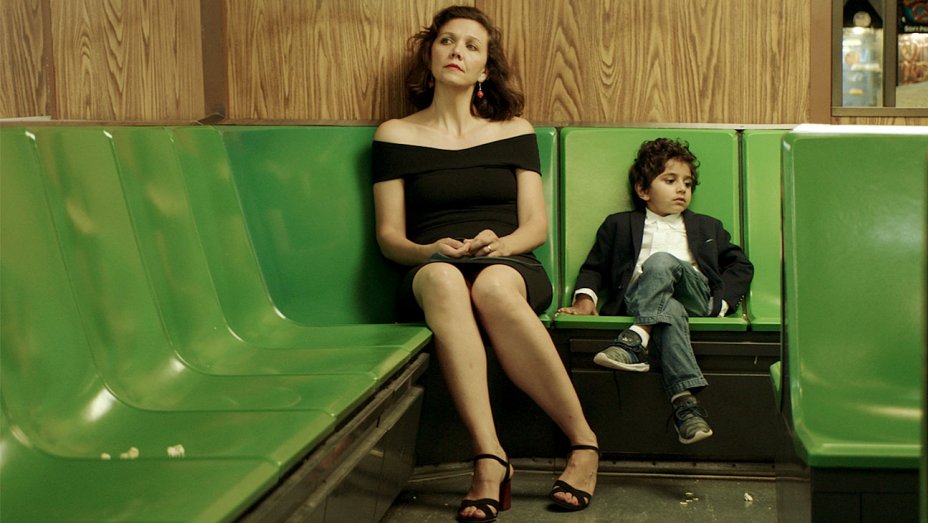 Just four years ago, Sara Colangelo made her feature film debut with Little Accidents, a complex and challenging film about moral ambiguity and desperation of citizens in a mining town in rural West Virginia. While the setting and circumstances are different, Colangelo is clearly still interesting in exploring the existential issues on film through characters in crisis. In The Kindergarten Teacher, a remake of the 2014 Israeli film by Nadav Lapid, Maggie Gyllenhaal plays Lisa, a longtime kindergarten teacher longing to make a contribution to the arts. When her own desires to pursue poetry are met with apathy, she begins to see herself as a patron of a student (Parker Sevak) in her class she believes to be a prodigy. Comparing him to Mozart, she becomes obsessed with the idea of fostering his talent in a world which will under value his gifts.

Lesley Coffin: How did the opportunity to adapt the original film come to you?

Sara Colangelo: I was approached by the two producers of that film. They’d retained the rights and had Nadav’s blessing. And they felt that it was an interesting story that could be relaunched in an American setting. So they came to me and pitched the idea. And I hadn’t seen the film at that time, so they were talking about an obsessive kindergarten teacher who had a student poet. And it sounded interesting, but I didn’t know what to make of it. So, I saw it at Lincoln Center and really feel in love with it. I never thought I would be tackling a remake for my second feature, but in this case, I felt like I could do something different with the material, setting it in New York with a character who travels between Manhattan and Staten Island. And I felt there was an opportunity to say something about the space and value we give art in this country. And in the film, the director moved points of views between the teacher and the child. And I really wanted to anchor this version in the teacher’s point of view and delve into the psychological workings of her brain. There is a certain agency and intensity of the character that I hope was in my script and is certainly in Maggie’s performance.

Lesley Coffin: Maggie’s performance in the film is pretty extraordinary. When she signed on, did the two of you talk about the actual psychology of the character?

Sara Colangelo: It was pretty clear to both of us what her logic was. We didn’t really have a lot of interpretive conversations, but we tried to nail down her backstory and the emotional roots of the bizarre direction she goes in. But Maggie and I really focused on the physical, her clothing, the type of classroom she runs, what art she has in her house. We wanted the character to exist in a three dimensional world, rather than put Maggie through a therapy session. We didn’t want to over talk it and I do like to let my actors work independently on developing their characters. They might be creating something in their world, and I don’t necessarily need to know all the details.

Lesley Coffin: Because the film is singularly from her point of view, were you interested in exploring what’s unique about a woman showing this obsessive behavior?

Sara Colangelo: I was really compelled by the idea that she is in the role of caregiver. She is a woman who’s spent her whole life carrying for others, especially children, and she’s not really get much back. When we meet her, I think her well’s sort of been depleted. She wants to be part of the creative process but feels bulldozed and discouraged. And in response to all that starts projecting her needs and desperation onto this child.

Lesley Coffin: Poetry is not one of the artistic pursuits we’re used to seeing in contemporary films, but it’s a major aspect of the narrative in this film. Besides the actual poetry recited in the film, did you look for ways to express her relationship with the art form in the dialogue or visual choices?

Sara Colangelo: I felt there was a strong connection between the Montessori kindergarten she ran in this public school and her relationship with poetry. There’s a certain quality to poetry, the movement beyond the literal that really appeals to her. That was how we kind of crafted the character. I don’t know if I thought about it in terms of the dialogue. But I did want the film to almost feel like a little poem and create these lyrical moments, and rise above plot based filmmaking. We tried to ground the film in as much emotional reality as possible, but the film is also something of an allegory. There’s a sense of the story constantly hoovering a few feet above the ground.

Lesley Coffin: What were you looking into regarding the current educational system we have in the United States?

Sara Colangelo: There’s that quick line about the core curriculum. And I’ve noticed, although my son isn’t in school yet, but we are teaching kids to write and read earlier and earlier, and I’m not sure that’s altogether good. I think encouraging kid to play and pretend, socialization, and creating things are very important things for children to engage in, especially when they’re that young. I didn’t want to make it some preachy thing, but I wanted to explore the space we give kindergarten and preschool classrooms.

Lesley Coffin: There is the added challenge on this film of working with multiple young children on set. Because kids are so unpredictable did you have to film those scenes in almost a verite style?

Sara Colangelo: We had scripted everything, but when we filmed those scenes, I had to go to the background and let Maggie be the boss on set. She was really running the class and the crew treated it almost like a documentary. And that allowed us to capture these amazing moments with the kids playing or painting. They’d raise their hand and ask Maggie to come look at their art work or letters. Kids are great to work with because within a few minutes they become engaged in the task at hand and were able to ignore the cameras. Maggie would go up to each one and could pull out the line that we needed. It didn’t happen every time, a few times we needed to remind them they had a line, but it happened pretty organically most of the time.

Lesley Coffin: Parker’s pretty amazing in the film. How did you find him?

Sara Colangelo: He was pretty incredible. He was the youngest of the children we looked at and we’d bring them in to read with Maggie. And remember that audition so well because their connection was so remarkable. There was something about the way he’d look at her and talk with her, she could go off script and he wouldn’t get frazzled. He was so young he never seemed self-conscious, which wasn’t necessarily true of the six and seven-year-olds. They’d been in school long enough that they were hyper conscious about listening to directions. And I’ve never seen a kid with a memory like his. As for directing him, it was often very technical. You’d give him something to repeat or physical direction, it wasn’t high level direction about getting angry in that scene or when to show an emotion. You can’t have those types of conversations with a child that young.