Sandra Luckow has been a working documentarian for more than two decades. Although she’s occasionally included herself in her work, such as the feature Belly Talkers about ventriloquists (one of her other skills). But her new film That Way Madness Lies, is her most personal and painfully revealing film, documenting her brother’s descent due to mental illness and the impact it had on her family. Her brother Duane was middle-aged by the time he was diagnosed, who went from owning a home and restoring classic cars to being involuntarily committed to a mental hospital. At the same time, Sandra’s elderly parents suffered ill-health and ultimately passed away. Luckow documents all this with intimate interviews, as well as the revealing (and often troubling) iPhone movies her brother.

Lesley Coffin: Before we start talking about the filmmaking process, I wanted to ask you how your brother’s doing now and where he is?
Sandra Luckow: He’s actually been in and out of the Oregon state hospital about 4 times since the film wrapped. He’s been out of jail and the hospital since August and living with Ken, who offered him the little room in the film. He’s doing some detailing of cars, although it is a huge step down from where he was before everything happened. He still has absolutely no insight in terms of his mental diagnosis. He’s still posting some pretty wacky videos on the internet. He posted one recently with a Christmas tree but also posted one of the milk containers he had filled with his urine. So it’s been really hard.

Lesley Coffin: And he’s still pretty much in complete denial regarding his diagnosis.
Sandra Luckow: Absolutely. One of the scariest things is, the last time he was let out of jail for going back to the house he used to own and sent to the Oregon State Hospital, they couldn’t restore him to competency of course, so they just had to let him go. And he immediately went from the jail to that house. He left his diagnosis papers on the porch for the people who now own the house. And that pissed off the police. They didn’t catch him, but when I spoke with someone there the next day I was told: “Duane has used up all of our goodwill and we’re no longer looking out for his best interest, we’ll be looking out for the best interest of the people he’s been harassing.” And I had to clarify and ask “what you’re telling me is, the next time you find Duane in a place where he’s not supposed to be, you won’t hesitate to shoot him?” And the officer said, “let’s just hope it doesn’t come to that.” And that’s what I told my brother and that seemed to resonate a little more than things I’ve said to him in the past. As far as I know, he’s not been caught on that property since August, which is a good thing.

Lesley Coffin: In the film, you explain that he was diagnosed and then when he was in the hospital he gave you the phone that he’d been making videos on. Seeing the videos for the first time, what did they clarify for you regarding his illness and the state of mind he was in?
Sandra Luckow: We didn’t know about the iPhone until about a year after things had already been going haywire. We knew he’d gone to Canada and was obsessed with a woman on the internet. We knew that he’d gone to the top of the falls, that’s the incident that allowed us to forcibly have him committed. We didn’t have the video of that event at the time that he entered the Oregon State Hospital. If we’d had that video it would have been easier to get him help, but we didn’t know about it. When I watched that video, I didn’t know if it would have a use or a purpose, it just scared the hell out of me. It wasn’t until I took it to a doctor at Yale. When I brought it in, I didn’t know if that footage would be considered helpful or useful.

Lesley Coffin: You and I both live in New York, and of course see homeless people on the streets every day, some of who have mental illnesses. Before having to address this issue in your own family, do you feel you had misconceptions about people like your brother?
Sandra Luckow: It’s accurate to say severe mental illness is often really ugly. It can be messy and dirty, and hard to look at. And when we see people like that, we have a tendency to think or fear that they are also violent. And it’s absolutely true that some of those people are, but most aren’t. It’s true that 1 in 4 people suffer from some form of mental illness, but only four percent of the population has what’s defined as a severe mental illness. And most of those people with a mental illness are more likely to be the victim of a violent crime than a perpetrator. But within that four percent, a small percentage of those people will perpetrate a violent crime. And those are the people we fear. Because we hear about mass shootings and random violence on the news. But the misconception is assigning that to all people with severe mental illness. I think we also have a real misconception about how we define civil rights. Civil Rights assume that you have the right to make your own decisions, but how can you make your own decisions if the organ that allows you to do that is diseased.

Lesley Coffin: It’s so interesting to hear you speak of civil rights because there are advocacy groups who take the exact opposite view in terms of forcing people into treatment and taking medications.
Sandra Luckow: There are. I can completely understand why my brother doesn’t want to take those medications. They make people feel bad, they make you gain weight, they flatline your mood which is very unpleasant. And the stigma of being labeled mentally ill will stay with you forever. My brother said very eloquently “is that a label I’ll have to live with for the rest of my life?” And his decision was to reject it. And it’s very difficult when people absolutely believe they don’t have a mental illness. The mental health system does not address how to deal with people like my brother, with a complete lack of insight into his situation. And nobody wants to try to deal with it. Institutions are hiding behind HIPAA laws. Policies we have right now are terrible, but people in charge also don’t want to deal with the problems. I thought when I saw the film, I’d call my whole family quirky, so this felt like a story very specific to us. But really, 20 or 30% of the audience said this happened in their family has been amazing. It’s a kind of terrifying illumination.

Lesley Coffin: Have mental health professionals reached out to you about the film and expressed an interest in using it to move that conversation forward?
Certainly people like Pete Early, the journalist who wrote the book Crazy. He’s one of the most outspoke advocates for mental health reform, one of the sweetest men as well, and he thinks it’s one of the most important films made about mental illness. I’m the artist-in-residence at Columbia’s Global Mental Health Program, and they had me come on board because the film’s findings were revelatory in terms of their research. I do think that in terms of policy, there are people who would like to use it to start bigger conversations. But honestly, I think our political system is in such disarray, we just can’t shout loud enough. Unfortunately, it is a timely issue, but it’s also an issue with legs. I don’t mean that to sound callous, I’m just trying to think of this in terms of the real world. I think the film shows that the individuals working in the mental health community, from the first responders to the doctors to the social workers, are doing their best to advocate change. But they are limited because of policies. They’re fighting this fight with handcuffs on. And until we can get the mental health professionals out of the judicial field and in the hands of the medical professionals, we’ll continue to struggle with policies which simply aren’t working. The first week that President Trump was in office, he rolled back an Obama era law signed during Sandy Hook stating that those committed or diagnosed with a severe mental illness lost their second amendment rights. Why would he do that, why should mentally ill people have access to guns? You can’t even get a photograph of him signing that bill. There’s no way to rationalize that, just look at the people who’ve done mass shootings. They’ve all had a history of mental illness.

Lesley Coffin: Is it a considerably greater challenge to find help for people like your brother, who was diagnosed as an adult and had lived on his own?
Sandra Luckow: It’s a much more difficult situation. When I asked about guardianship, the state of Oregon said he didn’t meet the criteria. And it all came down to economics. It was too costly to deal with Duane in the system. And I’d call over the years and every time the same person would call back and tell me I knew the answer.

Lesley Coffin: And by comparison, you have younger people diagnosed often are still at home or dependent on their parents, but you were dealing with Duane illness while facing your own parent’s end of life.
Sandra Luckow: But whenever a family member is afflicted with a severe mental illness, the family becomes their advisarials. And the system as it exists just made us more adversarial in Duane’s eyes. He felt that we’d interrupted his life in a way we had no right to. Duane’s gift in the film is that the world can see potential realized. He was quite successful and you can see how mental illness just stole that away from him. It would have been completely different if he’d been diagnosed when he was younger. I don’t believe he had late-onset, I think he was just very good at masking his symptoms. But his story hits home because people see a guy who had everything and lost it all. 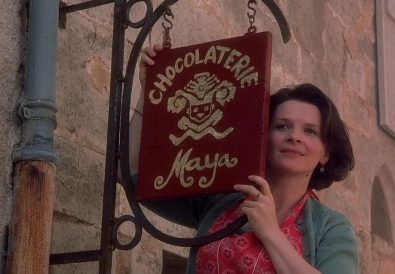