Here are the new films written and/or directed by women filmmakers now available at home as of 4/26/2019 (with links to FF2 Media reviews posted the week of their theatrical release):

This week’s selection is Destroyer.

Destroyer features a strong performance from actress Nicole Kidman but its storytelling decisions might prevent some from truly enjoying the film.

LAPD detective Erin Bell (Nicole Kidman) remains haunted by events from years earlier while working undercover.  One day while at the office, Bell becomes the recipient of mail containing dyed money.  She knows then and there that gangster Silas (Toby Kebbell) is back in town.  She’s hell-bent on finding him after what happened years earlier while working on an undercover FBI sting with Chris (Sebastian Stan).  It’s because of her history that she knows what crimes he is capable of doing. 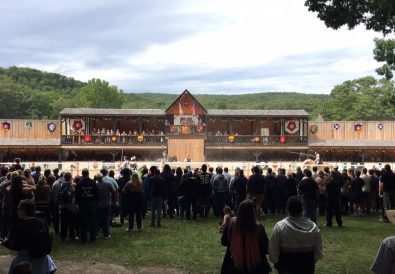 Dreaming of Live Music and Fairs in 2021

by Danielle Solzman April 25, 2019
Danielle Solzman is a Chicago-based film critic and an aspiring filmmaker if she can ever put enough time aside to work on her feature-length trans-led political comedy script. When not in Chicago, she attends various film festivals such as Sundance, SXSW, Tribeca, and Toronto. She graduated from Northern Kentucky University with a BA in Public Relations while earning a Masters in Media Communications from Webster University after writing a thesis paper on comic books against the backdrop of the American political culture.
Previous Post Next Post