Get ready to celebrate all your favorite romantic comedies at the inaugural Rom Com Fest, running from June 20-23 in Los Angeles. The lineup of films include anniversaries for beloved favorites from female filmmakers like Karen McCullah & Kirsten Smith’s 10 Things I Hate About You and Abby Kohn & Marc Silverstein’s Never Been Kissed. In addition to screening romantic comedy classics, there will be a competition lineup of new romantic comedies like Ann Lupo’s In Reality and Laura Madalinski’s Two in the Bush.

Rom Com Fest aims to showcase empowering and realistic stories that have dynamic female characters. The experiential festival will reimagine the traditional film festival “pairing rosé and desserts with films, encouraging that its audiences show up dressed in themed attire, and holding memorable events and activities that bring together those that love and/or create romantic comedy films.” The festival was organized and curated by its Founder and Executive Director, Miraya Berke, a female entrepreneur and founder of Pop Productions event boutique studio.

The festival will present both jury prizes and an audience award prize (presented by Frolic, The fastest growing entertainment media brand for the modern Romance fan) to its competition lineup for features and short films.

10 THINGS I HATE ABOUT YOU (20TH ANNIVERSARY), directed by Gil Junger / written by Karen McCullah & Kirsten Smith (1999) – A pretty, popular teenager can’t go out on a date until her ill-tempered older sister does. With Heath Ledger, Julia Stiles, Joseph Gordon-Levitt. CLOSING NIGHT FILM.

Q&A to follow with the film’s writers Kirsten “Kiwi” Smith and Karen McCullah, followed by a “10 THINGS I LOVE ABOUT YOU” love letter writing pop up craft activity.

Q&A to follow with the film’s writers – actresses June Diane Raphael and Casey Wilson. Bridal party theme – attendees are encouraged to dress in white, those dressed up will receive complimentary ring pops and wedding-themed dessert.

HOW STELLA GOT HER GROOVE BACK, directed by Kevin Rodney Sullivan / written by Terry McMillan & Ron Bass (1998) – Stella is a highly successful, forty-something San Francisco stock broker who is persuaded by her colorful New York girlfriend Delilah to take a well deserved, first-class vacation to Jamaica. As she soaks in the beauty of the island, she encounters a strapping, young islander, Winston Shakespeare. His pursuits for her turn into a hot and steamy romance that forces Stella to take personal inventory of her life and try to find a balance between her desire for love and companionship, and the responsibilities of mother and corporate executive.  With Angela Bassett, Taye Diggs, Regina King and Whoopi Goldberg.

Pajama-party themed late night screening – attendees are encouraged to wear their PJs and will receive a complimentary bottle of CBD gummies, courtesy of Not Pot. Screening presented by Not Pot.

NEVER BEEN KISSED (20TH ANNIVERSARY), directed by Raja Gosnell / written by Abby Kohn & Marc Silverstein (1999) – A newspaper reporter enrolls in high school as part of research for a story. With Drew Barrymore and David Arquette.

IN REALITY, written and directed by Ann Lupo (USA) – Despite boasting rich friendships and a creative job, young filmmaker Ann is consumed by the fantasy of finding true love. Just when she thinks she’s found it, she is friend-zoned and the disappointment of rejection shoots her down a deep rabbit hole of unrequited love. Looking for a way to climb out, Ann picks up a camera and sets her sights inward. She confronts multiple characters within her conscious, from a maniacal game show host to a glamorous cabaret performer, that guide her through her investigation of the relationship and her own neuroses. Blending docu-style interview with comedy, drama and hyperbolic fantasies, Ann creates an elaborate, eccentric world that manages to be as intensely relatable as it is one of a kind. With Ann Lupo, Miles G. Jackson and Kimiko Glenn.

TWO IN THE BUSH, directed by Laura Madalinski / written by Kelly Haas and  Laura Madalinski (USA) – After losing her job, Emily arrives home early from work to ﬁnd her girlfriend in the throes of passion with someone else. In an instant, her entire life is turned upside down. Moving in with her best friend, Emily lands a new gig working for a dominatrix, and promptly falls for her new boss, and her boss’s boyfriend. In this wise and witty look at the world of bisexuality, polyamory, and dungeons, ﬁlmmaker Laura Madalinski asks us to consider what risks are worth taking for love. With Sarah Mitchell, Travis Delgado and Caitlin Aase.

Badges and individual screening/event tickets are on sale at www.romcomfest.com. Tickets range from $12.00 to $15.00 USD per ticket, or bring your date or best friend, with a “party of two” paired discount. Rom Com Fest will take place primarily at the Downtown Independent Theater in Los Angeles, with select events at other venues. 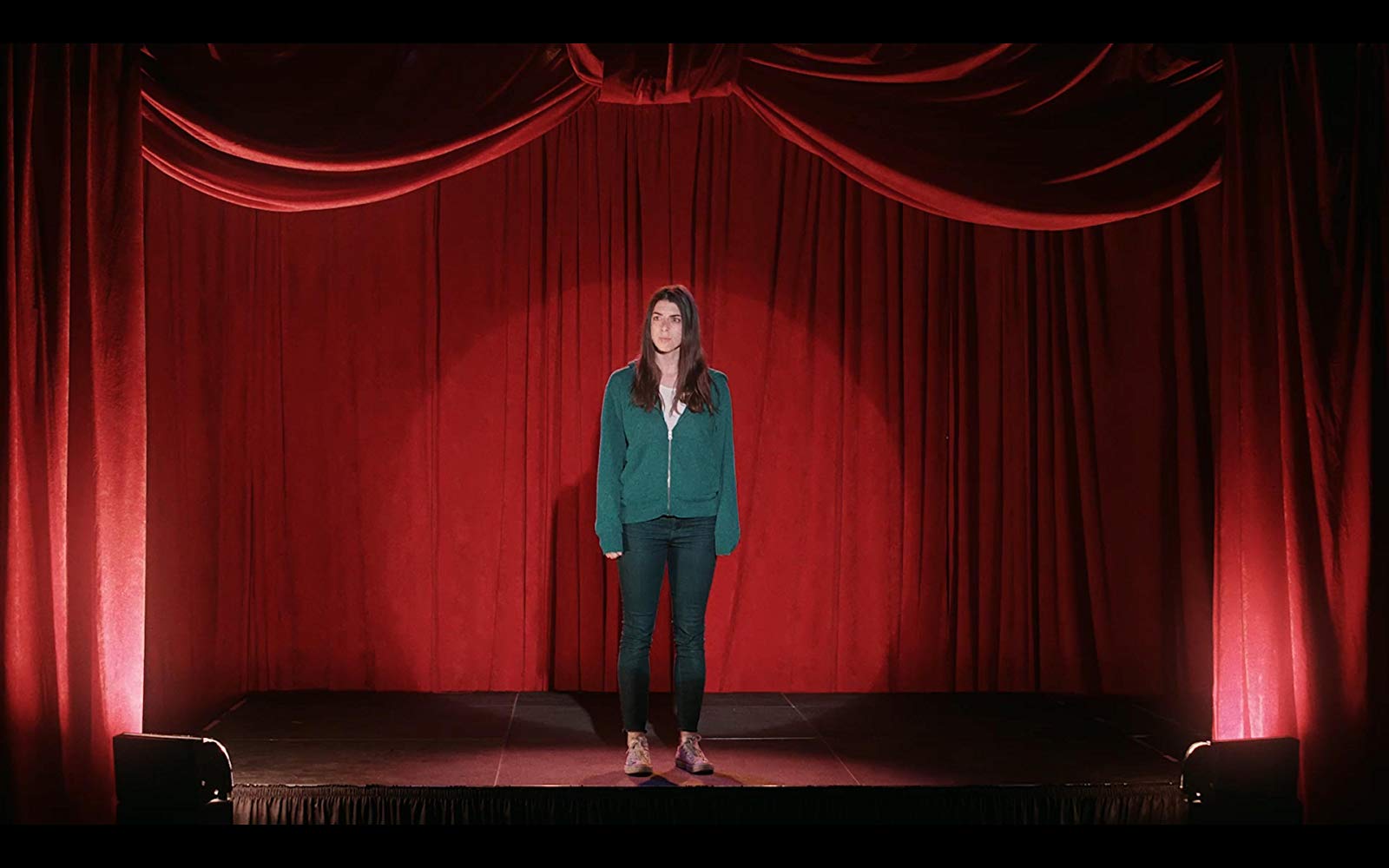 Photos: 10 Things I Hate About You (Touchstone Pictures) and Never Been Kissed (Fox 2000 Pictures)

by Brigid K. Presecky May 8, 2019
Brigid Presecky began her career in journalism at Chicago's Goodman Theatre. In 2008, she joined FF2 Media as a part-time film critic and multimedia editor. Receiving her Bachelor of Arts degree in Communications from Bradley University, she moved to Los Angeles where she worked in development, production and publicity for Berlanti Productions, Entertainment Tonight and Warner Bros. Studios, respectively. Returning to her journalistic roots in Chicago, she is now a member of the Chicago Film Critics Association and certified Rotten Tomatoes Film Critic.
Previous Post Next Post