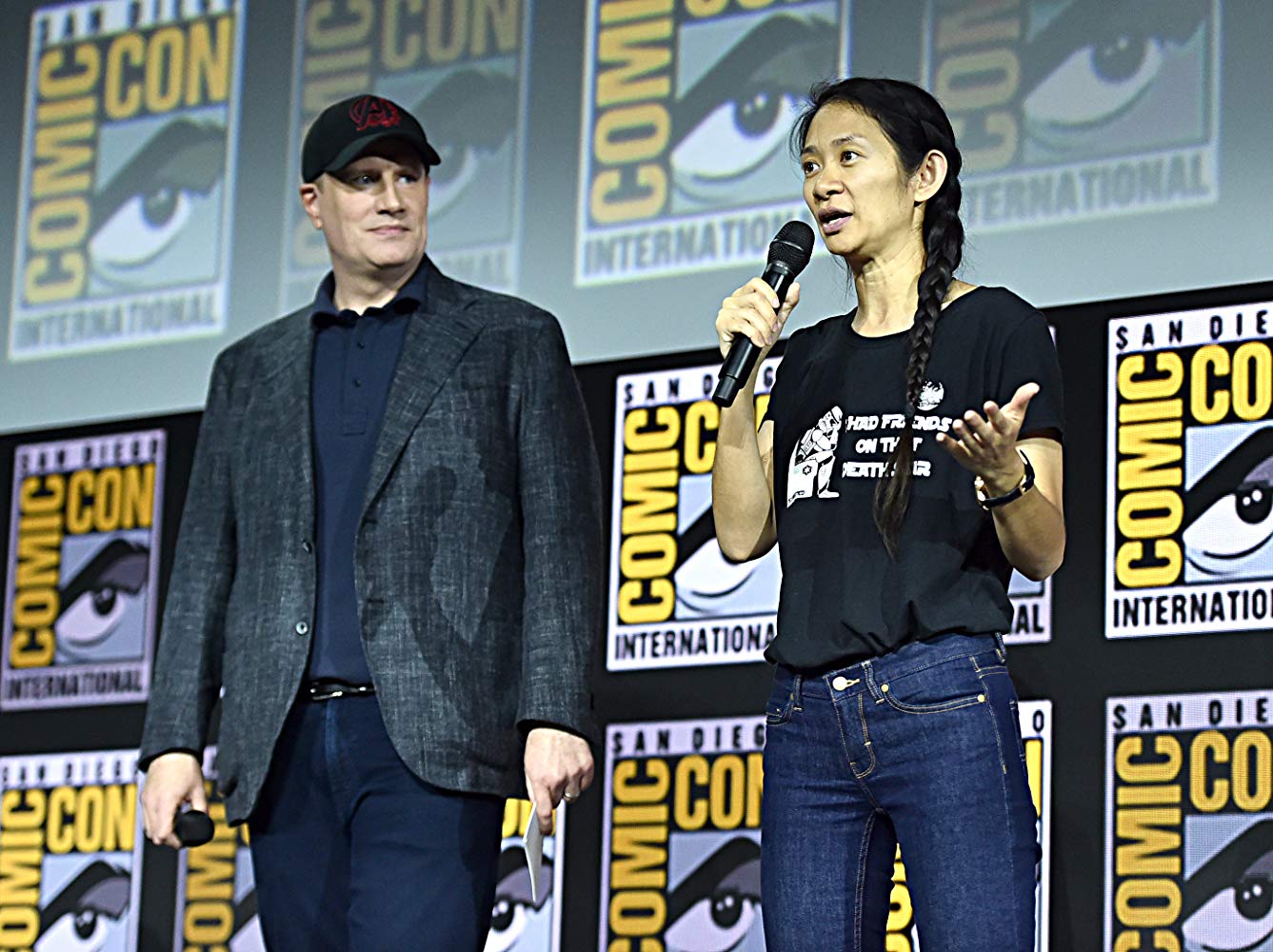 Marvel is notorious for hiring male directors for its big-budget blockbuster hits, from the Russo Brothers’ Avengers series to franchises like Thor and Spider-Man.
The studio announced release dates for two new feature films from female directors at San Diego Comic-Con this weekend – Black Widow and Eternals. Though the directors were announced as attached to the projects last fall, this is the first Marvel fans have actually heard from them directly.
Cate Shortland will direct Black Widow, starring Scarlett Johansson, David Harbour, Florence Pugh and Rachel Weisz. The film will hit theaters in May 2020, marking the first release of a Marvel film directed solely by a woman. (This year’s smash hit Captain Marvel was co-directed by Anna Boden and Ryan Fleck.)


Shortland will direct the screenplay from The Hustle screenwriter Jac Schaeffer and Ned Benson. Rumors of a standalone Black Widow movie have been swirling since early 2018, with Natasha Romanoff (Johansson) being the only female Avenger from the original 2008 film.
“I don’t think I could have played this iteration of Natasha 10 years ago. It would have been a very different film,” Johansson said. “I get to play Natasha as a fully realized woman in all her many facets, and I’m excited to see fans to see what she perceives to be that flawed side of her. And I’m looking to wipe out that red in my ledger.”

Though the plot is currently unknown, Shortland did reveal that the film will take place after the events of Captain America: Civil War. “She has so many secrets and she’s got so much vulnerability and that’s what makes her such a great heroine,” Shortland said at the panel. “In this film we get to understand her past and she gets to put all the pieces of herself together and come out a whole person.”
“I love stories about people who find themselves in tough situations and find ways to get through them and overcome,” Shortland told FF2 Media after the release of her twisty 2017 thriller Berlin Syndrome. She has also directed shorts, two additional feature films and more than a dozen hours of episodic television.
Chloé Zhao will direct Eternals, to be released in November 2020 and starring Richard Madden and Angelina Jolie. Zhao made rumblings in the indie film world with the specialty box office and critical success of her 2017 film The Rider. She has also directed four shorts and two additional features.

“I tend to be more attracted to the silent moments,” Zhao told FF2 Media in April 2018. “That was just a personal choice I made. And I wanted to make something that was universal. I feel there are a lot of stories which can be told more visually than we’re used to. How a character feels doesn’t always have to be spoken.”
The Eternals comic series was first released in 1976 from Jack Kirby. Thanos is the only “Eternal” character so far released in the Marvel Cinematic Universe. Marvel boss Kevin Feige likened it to Guardians of the Galaxy in terms of introducing Marvel fans to an ensemble group of characters.