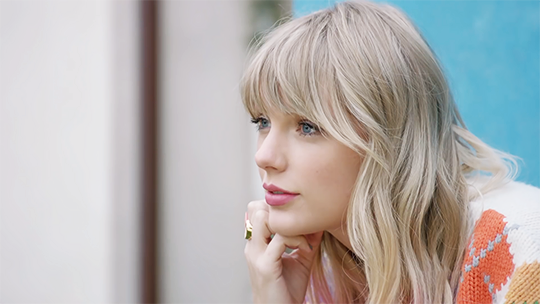 Of the 65 directors in Sundance’s four competition categories, 46 percent are women. The lineup of the festival – which will run from January 23-February 3- was announced this week, sparking social media trends for Taylor Swift and her highly-anticipated documentary Taylor Swift: Miss Americana along with director Julie Taymor’s Gloria Steinem biopic, The Glorias. Former Pixar director Brenda Chapman, too, is making headlines with her live-action debut, Come Away, starring Angelina Jolie and David Oyelowo. And making its premiere in the U.S. dramatic competition is director Janicza Bravo’s road-trip film, Zola.

Since 2013, the Park City-based festival has maintained a balanced, inclusive lineup of filmmakers. This year, along with women, Sundance’s four competition category directors include 38 percent people of color and 12 percent identifying as LGBT. Across all categories, 44 percent of the films are directed by one or more women, while 36 percent were created by at least one director of color.

Unveiling the lineup to Variety, Sundance director of programming Kim Yutani reiterated the festival’s mission to be inclusive and their reach for excellence. “We hope that all of our missions coalescence into an interesting, diverse, and strong program,” he said. “In the past few years, we’ve been reporting our submission numbers, and I think that is something that’s been really crucial to exposing our process in a way, to show who is submitting films, and with that knowledge, we’re able to see where the issues are, where the cracks lie, and what needs work.”

Making its debut at last year’s festival, director Mindy Kaling’s Late Night was purchased by Amazon and subsequently became the streamer’s highest-watched film. This year, with 3,853 feature films submitted (29 percent by women), female directors are hoping to find the similar wins in 2020.

The full lineup of female-directed films:

The 16 films in this section are all world premieres.

Save Yourselves! (Directors and Screenwriters: Alex Fischer, Eleanor Wilson, Producers: Kara Durrett, Mandy Tagger, Adi Ezroni) — A young Brooklyn couple head upstate to disconnect from their phones and reconnect with themselves. Cut off from their devices, they miss the news that the planet is under attack. Cast: Sunita Mani, John Reynolds, Ben Sinclair, Johanna Day, John Early, Gary Clark.

Boys State (Directors: Jesse Moss, Amanda McBaine, Producers: Amanda McBaine, Jesse Moss) — In an unusual experiment, a thousand 17-year-old boys from Texas join together to build a representative government from the ground up.

Code for Bias (U.S.-U.K.-China – Director, screenwriter and producer: Shalini Kantayya) — Exploring the fallout of MIT Media Lab researcher Joy Buolamwini’s startling discovery that facial recognition does not see dark-skinned faces accurately, and her journey to push for the first-ever legislation in the U.S. to govern against bias in the algorithms that impact us all.

Us Kids (Director: Kim A. Snyder, Producers: Kim A. Snyder, Maria Cuomo Cole, Lori Cheatle) — Determined to turn unfathomable tragedy into action, the teenage survivors of Parkland, Florida catalyze a powerful, unprecedented youth movement that spreads with lightning speed across the country, as a generation of mobilized youth take back democracy in this powerful coming-of-age story. 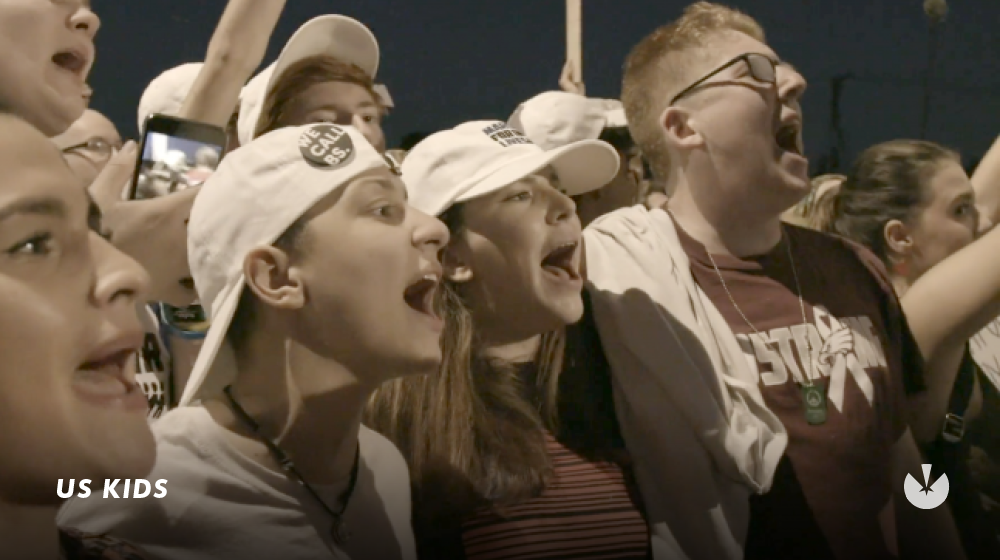 Luxor (Egypt-U.K. – Director and screenwriter: Zeina Durra, Producers: Mohamed Hefzy, Mamdouh Saba, Gianluca Chakra, Hisham Alghanim) — When British aid worker Hana returns to Luxor, a sleepy city on the banks of the Nile, she comes across Sultan, a talented archeologist and former lover. As she wanders, haunted by the familiar place, she struggles to reconcile the choices of the past with the uncertainty of the present. Cast: Andrea Riseborough, Karim Saleh, Michael Landes, Sherine Reda, Salima Ikram, Shahira Fahmy.

The Earth Is Blue as an Orange (Ukraine-Lithuania – Director: Iryna Tsilyk, Producers: Anna Kapustina, Giedrė Žickytė) — To cope with the daily trauma of living in a war zone, Anna and her children make a film together about their life among surreal surroundings.

Into the Deep (Denmark – Director: Emma Sullivan, Producers: Mette Heide, Roslyn Walker) — In 2016, a young Australian filmmaker began documenting amateur inventor Peter Madsen. One year in, Madsen brutally murdered Kim Wall aboard his homemade submarine. An unprecedented revelation of a killer and the journey his young helpers take as they reckon with their own complicity and prepare to testify.

The Mole Agent (Chile – Director and screenwriter: Maite Alberdi, Producer: Marcela Santibañez) — When a family becomes concerned about their mother’s well-being in a retirement home, private investigator Romulo hires Sergio, an 83 year-old man who becomes a new resident–and a mole inside the home, who struggles to balance his assignment with becoming increasingly involved in the lives of several residents.

Once Upon a Time in Venezuela (Venezuela-U.K.-Brazil-Austria – Director: Anabel Rodríguez Ríos, Screenwriters: Anabel Rodríguez Ríos, Sepp R. Brudermann, Producer: Sepp R. Brudermann) — Once upon a time, the Venezuelan village of Congo Mirador was prosperous, alive with fisherman and poets. Now it is decaying and disintegrating–a small but prophetic reflection of Venezuela itself.

Saudi Runaway (Switzerland – Director and screenwriter: Susanne Regina Meures, Producer: Christian Frei) — Amjad, a young, fearless woman from Saudi Arabia, is tired of being controlled by the state and patronized by her family. With an arranged marriage imminent, a life without rights and free will seems inevitable. Amjad decides to escape. An unprecedented view inside the world’s most repressive patriarchy.

The Glorias (Director: Julie Taymor, Screenwriters: Julie Taymor, Sarah Ruhl, Producers: Alex Saks, Lynn Hendee) — An equal rights crusader, journalist and activist: Gloria Steinem embodies these and more. From her role in the revolutionary women’s rights movement to her travels throughout the U.S. and around the world, Steinem has made an everlasting mark on modern history. A nontraditional chronicle of a trailblazing life. Cast: Julianne Moore, Alicia Vikander, Bette Midler, Janelle Monae, Timothy Hutton, Lorraine Toussaint.

Herself (Ireland-U.K. – Director: Phyllida Lloyd, Screenwriters: Clare Dunne, Malcolm Campbell, Producers: Rory Gilmartin, Ed Guiney, Sharon Horgan) — Struggling to provide her daughters with a safe, happy home, Sandra decides to build one – from scratch. Using all her ingenuity to make her ambitious dream a reality, Sandra draws together a community to lend a helping hand to build her house and ultimately recover her own sense of self. Cast: Clare Dunne, Harriet Walter, Conleth Hill.

The Last Thing He Wanted (Director: Dee Rees, Screenwriters: Marco Vallalobos, Dee Rees, Producers: Cassian Elwes, Dee Rees) — A veteran D.C. journalist loses the thread of her own narrative when a guilt-propelled errand for her father thrusts her from byline to unwitting subject in the very story she’s trying to break. Adapted from the Joan Didion novel of the same title. Cast: Anne Hathaway, Ben Affleck, Willem Dafoe, Rosie Perez.

The Go-Go’s (U.S.-Ireland, Canada – Director: Alison Ellwood, Producers: Trevor Birney, Corey Russell, Eimhear O’Neill) — As the first all-female band to play their instruments, write their songs and have a No. 1 album, The Go-Go’s made history. Underpinned by candid testimonies, this film chronicles the meteoric rise to fame of a band born in the LA punk scene who became a pop phenomenon. Cast: Charlotte Caffey, Belinda Carlisle, Gina Schock, Kathy Valentine, Jane Wiedlin.

Taylor Swift: Miss Americana (Director: Lana Wilson, Producers: Morgan Neville, Caitrin Rogers, Christine O’Malley) — A raw and emotionally revealing look at one of the most iconic artists of our time during a transformational period in her life as she learns to embrace her role not only as a songwriter and performer, but as a woman harnessing the full power of her voice. Cast: Taylor Swift. DAY ONE

The films in this section are all world premieres unless otherwise specified.

Amulet (U.K. – Director and screenwriter: Romola Garai, Producers: Matthew James Wilkinson, Maggie Monteith) — Tomaz, an ex-soldier now homeless in London, is offered a place to stay at a decaying house, inhabited by a young woman and her dying mother. As he starts to fall for Magda, Tomaz cannot ignore his suspicion that something insidious might also be living alongside them. Cast: Carla Juri, Alec Secareanu, Imelda Staunton, Angeliki Papoulia.

This section represents a collection of films that have already premiered at other festivals. 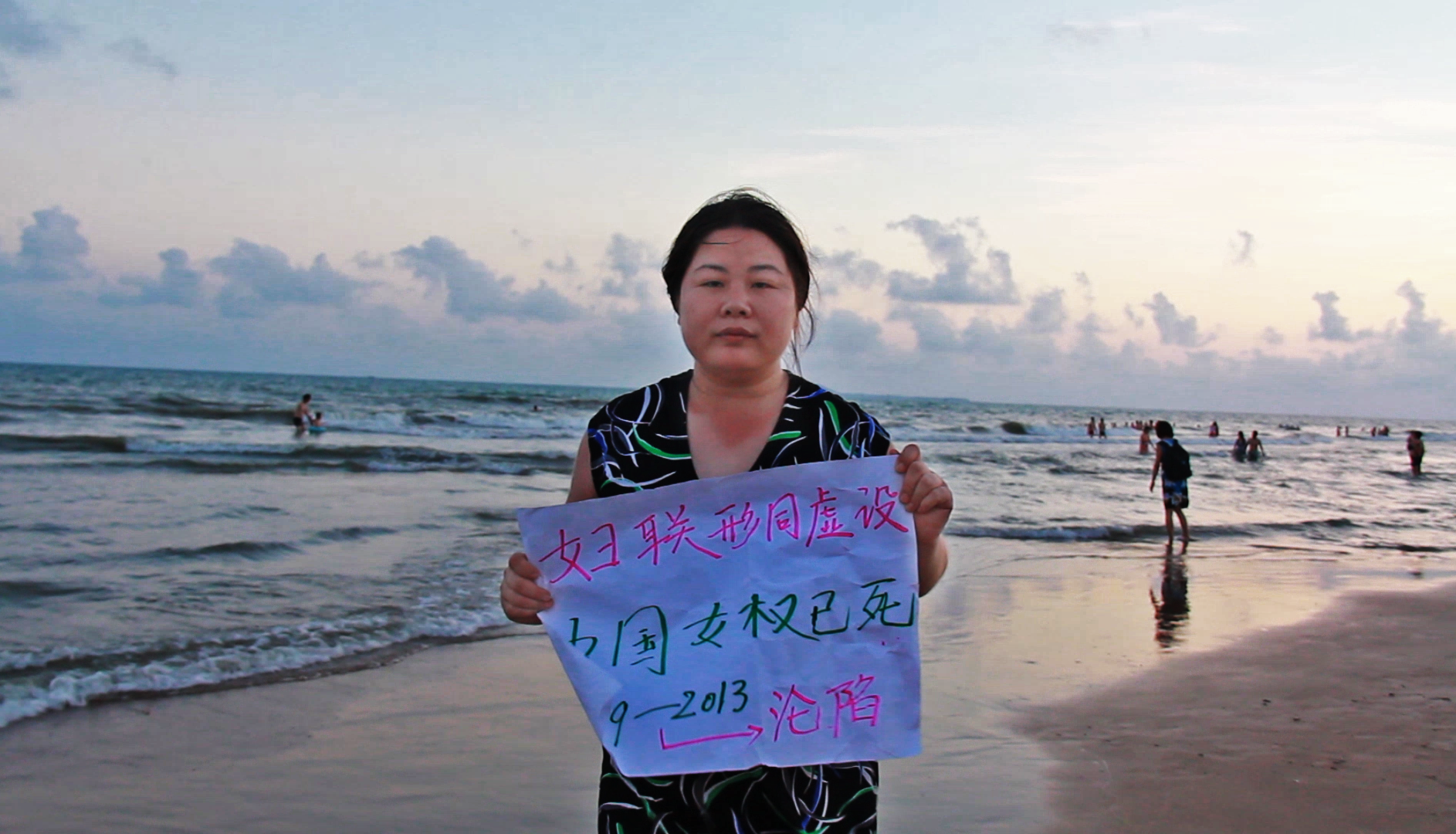 by Brigid K. Presecky January 22, 2020
Brigid Presecky began her career in journalism at Chicago's Goodman Theatre. In 2008, she joined FF2 Media as a part-time film critic and multimedia editor. Receiving her Bachelor of Arts degree in Communications from Bradley University, she moved to Los Angeles where she worked in development, production and publicity for Berlanti Productions, Entertainment Tonight and Warner Bros. Studios, respectively. Returning to her journalistic roots in Chicago, she is now a member of the Chicago Film Critics Association and certified Rotten Tomatoes Film Critic.
Previous Post Next Post