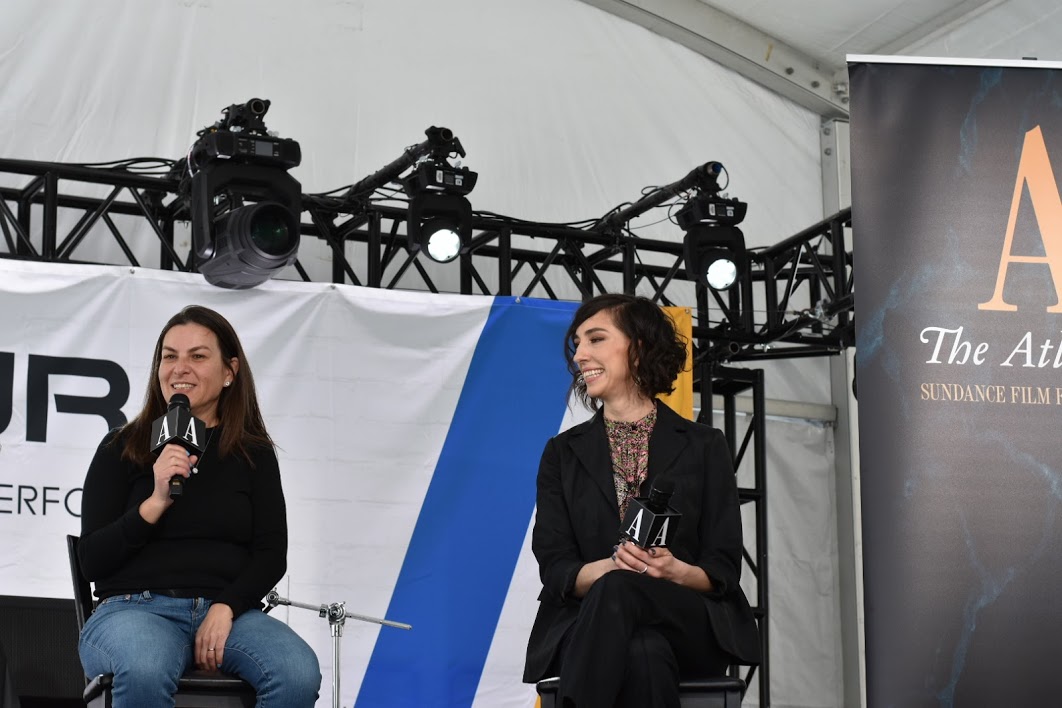 Documentary directors Nanette Burstein and Lana Wilson discussed the premieres of their films onstage with The Atlantic’s Megan Garber at the Sundance Film Festival Monday, Jan. 27. Both women helm documentaries about the complicated and multi-faceted lives of female public figures.

Wilson premiered Taylor Swift: Miss Americana on the festival’s opening night. The film will be available to stream on Netflix Jan. 31. “The main arc of the story is her going from being someone who seeks everyone’s approval and seeks everyone to like her to being a woman who’s not afraid to speak out politically,” Wilson said. “It’s about this girl becoming a woman in the public eye and hanging onto her humanity and her sense of humor in the face of that.”

Netflix was developing a concert movie about Swift when “this idea of doing something more personal came up,” Wilson told Garber. “When we met, she was extremely smart, and funny, and candid, and I was really struck by the fact that she could talk to me about documentary storytelling for hours, because she’s a storyteller in her songs.”

Burstein directed Hillary, a four-part docu-series coming to Hulu March 6 about the life of Hillary Rodham Clinton, interweaving never-before-seen footage of the 2016 election with other moments from her life. Burstein interviewed Clinton for 35 hours over five days and was given 2,000 hours of footage from the campaign.

“The breadth of archival footage that we had was massive. Because there’s so much history…the last 50 years were well-documented,” Burstein said. “There was an enormous amount of material, which is fantastic when you’re a documentary filmmaker and you have a wealth of material to tell your story.”

Both directors discussed their subjects’ vulnerability in sharing so much of their lives with a camera rolling. Burstein called the Clintons “surprisingly open books,” while Wilson said Swift wanted to create something “raw and genuine.”

“She had watched my previous work, and I think responded to the storytelling style that I do, which is more observational – looking at people in extraordinary circumstances and giving the audience the chance to intimately identify with them,” Wilson said. “She was like, ‘It’s fine if you film in moments that are unglamourous or uncomfortable.’ But it’s one thing to talk, and it’s another thing to film. She hadn’t done an interview in three years. No one had ever filmed with her in the studio before. So that took patience and time.”

Burstein said building trust with Clinton was a similarly slow burn. “My subject was equally suspicious of filming and media and people asking her a lot of questions, and told me right off the bat, ‘The thing I least like to do is talk about myself,’” Burstein said. “I can’t even imagine how many countless interviews she’s done in her life, and most of them are these quick news sound bytes on the campaign trail where they have an agenda. So when I came in, it was just me and her. Immediately, we had a good rapport from the first time I met her, which is one of the reasons I think she felt comfortable doing it.”

Hulu interviewed several directors for the Hillary project and included Clinton in the hiring process. “Hulu and our producers were deciding on who they wanted to bring in to do something with this material, and really allowing the filmmaker to decide what that was,” Burstein said. “I came in and met her, I had never met her before, and I said, ‘I don’t want to do a campaign film. I want to do something broader. The arc of your life is so resonant…[it can illuminate] the women’s movement and how this country became so partisan.”

Both filmmakers emphasized the obvious influence of public opinion on their subjects, and navigating that for the personal experience of making a documentary.

“She’s a performing artist,” Wilson said of Swift. “Like a politician, it’s dependent on people liking her and supporting her – to come to her shows, to get albums. But what was so fascinating to me is that she’s on this global stage, she’s receiving constant feedback from the world, but it’s not just on her music – it’s on her as a person, as a human being. People were complaining about her dating life, they were saying she’s too skinny. It was like she’d been America’s sweetheart and then she was on the cover of a national magazine being called a liar …That’s devastating for anyone, but especially someone who is a performing artist and thrives on that approval.” 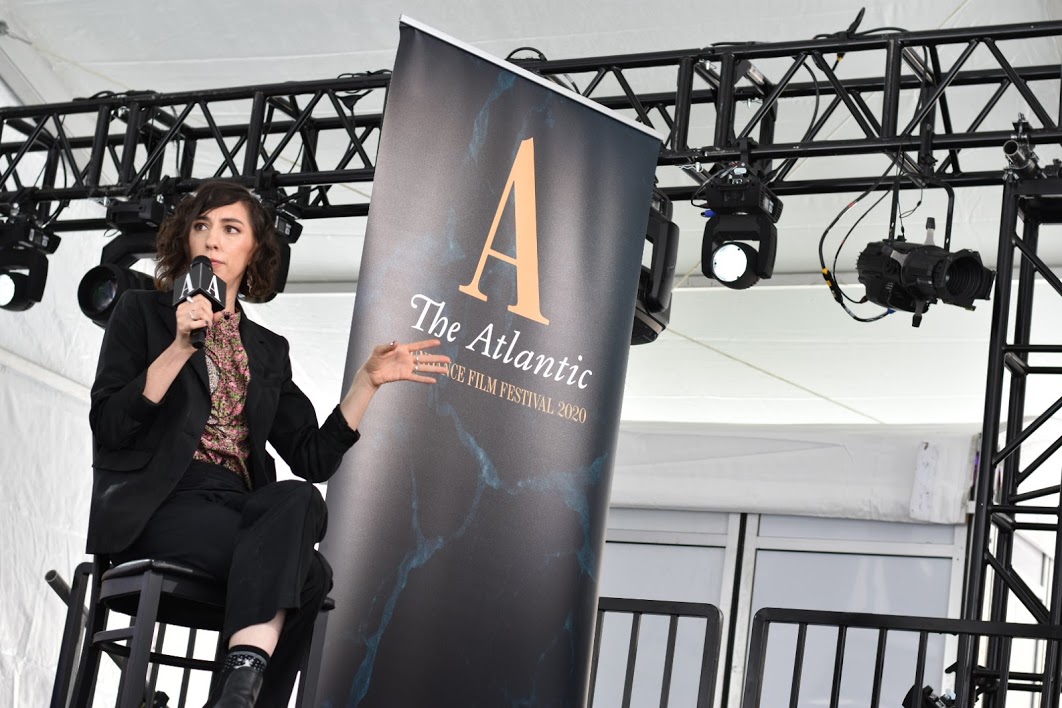 Wilson hopes that Swift’s broad appeal will send a message about self-worth and reinvention in Miss Americana. “There’s this general expectation that women should not be outspoken and make people uncomfortable. I found that so relatable as a woman. I do think that girls are taught to be nice, to get everyone to like them, and that the approval of other people is of paramount importance to their self-worth. I think you learn that from a very young age, so although I think any public figure feels it, it’s extra intense for a woman.”

Miss Americana and Hillary both intersect the personal with the political – an unexpected turn for Wilson in particular. “I knew it was going to be personal and deep. She talked to me about an eating disorder that she’d never spoken about before. So I knew that some of those themes and really intense experiences would be in there. But the political stuff gradually emerged and it was interesting to kind of go back in time and realize what the things were that led her to that position.” Those key moments include watching her “idols” the Dixie Chicks lose listeners because of their political views, a notorious phone call with Kanye West and a sexual assault trial in which Swift countersued a radio DJ who was fired after she reported his groping.

“It was a really brave, extraordinary thing to do..this moment changed her forever. And as a woman in America, at this point in our country’s history, going into the midterm elections, she felt really different … like she had this kind of fundamental strength that she hadn’t had maybe two years earlier in terms of caring less about what people thought of her, what the reaction would be, how it could impact her audience base. She didn’t care as much about that anymore in a really inspiring way. This gradual political feminist awakening happened at the same time. Taylor says, ‘I want to wear pink and talk about politics. I want to like glittery dresses and tell you exactly how I feel about the patriarchy.’”

In a year when four of five films nominated for Best Documentary Academy Awards are directed by women, Burstein and Wilson both spoke to the power of non-fiction filmmaking, especially for women in the age of streaming.

“I do think that it has changed radically in the last few years because of streaming… there’s a way for audiences to see this and know about it,” said Burstein, who has been making documentaries for 20 years. “I think the attraction is it’s a real story, you’re hearing from the real people, but there is a point of view. It’s not just straight news, it’s not the news of the day. As a documentary filmmaker, you can be incredibly thoughtful or investigative about a subject and bring new information and material to people that they would never have a chance to read in an article.”

The innovation of streaming and documentary filmmaking in recent years has affected Wilson’s career. “I don’t think five years ago Netflix would have wanted someone with my resume [of low-budget, independent projects] to make the Taylor Swift movie. “Larger companies are embracing the audiences for documentary and they’re embracing a really diverse group of artists making documentaries … My favorite thing about making documentaries is that you don’t need anything to begin. You can just start.” 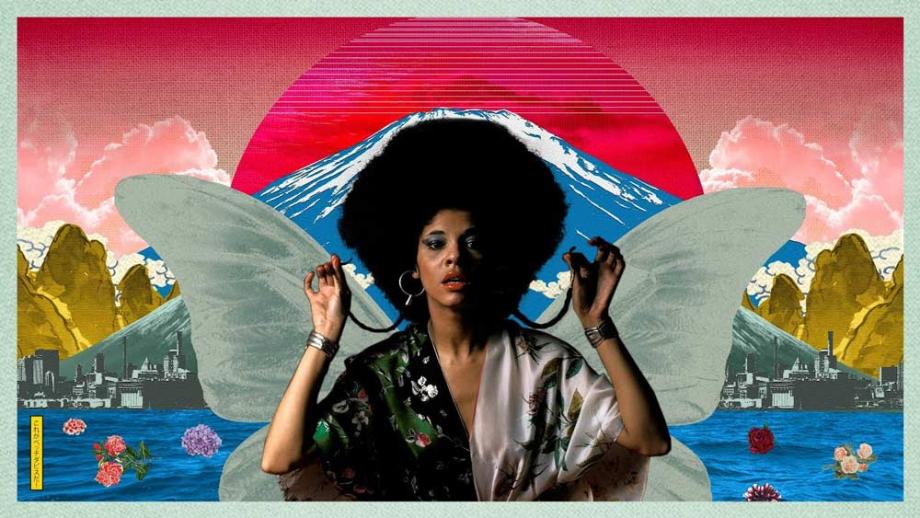 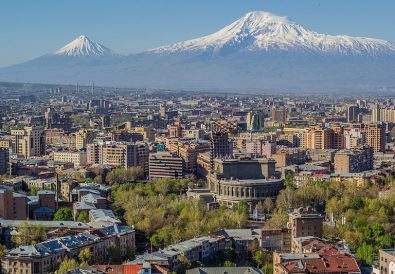