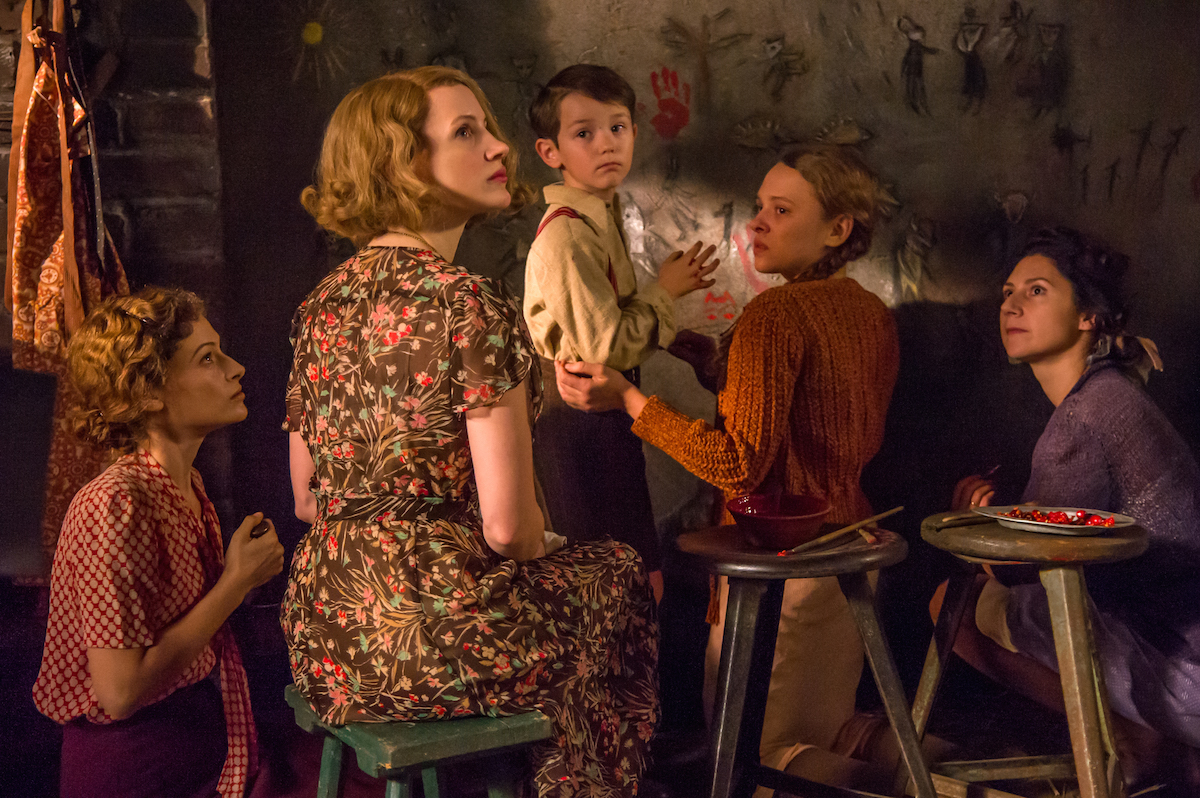 Mama. Mom. Mother. Ma. And Mum.  They all mean one thing, although for those of us who have gone through raising a teenage girl, the tone can certainly add quite a bit of meaning to that word.  And while most kids, for some unknown reason (perhaps God is a man after all), babies’ first words tend to be Dada and not Mama, but I digress. As Mother’s Day approaches, we all think about our moms and hopefully we all feel that our own mothers are uniquely special.  I know mine was and while she wasn’t perfect (God rest her soul), she was my role model and if I do say so myself, my kids turned out pretty awesome.  Of course, it’s not solely due to me, but for one day each year, I can say it was.

Over the decades, movies have also celebrated Mother’s Day and who better to create an expression of love for dear old mom than another woman, a daughter, or a mother herself.  While it was difficult to find many narrative feature films directed by women that focus on mom or Mother’s Day, the number written by or based-on-novels by women seemed countless. (Be sure to click on the links to read our full reviews).

Mildred Pierce, starring Joan Crawford wasn’t written or directed by a woman, but ironically Crawford’s character in this film is the antithesis of her part in the memoir Mommie Dearest, written by her daughter Christina Crawford.  The 1981 film of the same name (co-written by Tracy Hotchner) reveals the harsh and abusive upbringing Cristina experienced by this legendary actress.  No one can clean out their closet and throw out a few random wire hangers and not think of Faye Dunaway’s depiction of Crawford!  Or perhaps when a man questions your knowledge and experience, you would love to respond, “Don’t f*** with me, fellas.  This ain’t my first time at the rodeo.”

Dramatic portrayals of mothers abound in film. From the recent Academy-Award-winning film Room (screenplay and novel by Emma Donoghue) starring Brie Larson as a captive mother raising a baby in a confined space for seven years, to the blast-from-the-past, semi-autobiographical book and film by Carrie Fisher, Postcards from the Edge starring Meryl Streep and Shirley MacLaine.

Equally dramatic is the heart-wrenchingly beautiful film What They Had (written and directed by Elizabeth Chomko) as it depicts a mother’s decline due to dementia and the havoc it wreaks on a family.  This realistic and highly evocative film takes us on a journey many of us have or will have, but the dynamics of each of the characters, particularly Bridget (Hilary Swank) and her mom, Ruth (Blythe Danner), remind us of a deeper definition of mom and how she is the glue that binds us all together.

Creating a bond as a mother and changing the outcome of generations to come is eloquently depicted in The Zookeeper’s Wife. Based on the true story and book by Diane Ackerman, Angela Workman writes a deeply moving and little-known story about a wife and mother who opened her arms to protect hundreds of children hiding at her Warsaw Zoo during WWII. Niki Caro brings this story to life, reminding us of the caring, protective, and selflessness of mothers.  The horrors of this time are etched in history, but fictional horror comes to life in Susanne Bier’s film Bird Box starring Sandra Bullock.  This apocalyptic scenario shows the grit, tenacity and lengths a mother will go through to save her children.

Identity is a big part of what shifts when someone becomes a mom; sometimes we’re ready and sometimes we’re not as depicted in Diablo Cody’s Juno starring Ellen Page as well as her subsequent motherhood-based screenplays, Ricki & the Flash and Tully.

Director Anne Fletcher’s Dumplin (written by Kristen Hahn, based on Julie Murphy’s novel) looks back in time and the importance of motherhood as it influences our identity in the future, as does Cheryl Strayed’s novel “Wild” (although the book was adapted by screenwriter Nick Hornby and directed by Jean-Marc Vallée). But it is Egg that questions the specificity of the decision of becoming a mother in a sharply written narrative by Risa Mickenberg and directed by Marianna Palka.  Egg is a film that pushes our own understanding of motherhood and our preconceived notions of how we judge others.

Ultimately, it is having a sense of humor that is the key in not only staying sane as a mom, but it’s the first requirement in the job description. Of course, there are plenty of comedic film gems such as Melissa McCarthy’s Life of the Party as she hones in on her daughter’s college experience and Waitress (from writer/director Adrienne Shelly) as Keri Russell’s character Jenna bakes her way through a volatile marriage and becomes a mother, but it is Freaky Friday, the most memorable version from 2003 starring Jamie Lee Curtis and Lindsay Lohan, based on Mary Rodgers’ novel, that my own daughter and I have watched more than a dozen times.  Who wouldn’t switch places with their wrinkle-free-faced daughter? It’s a lighthearted depiction of getting a new perspective as mom and daughter switch bodies.

Oh, to go back in time knowing what I know now, but if I want to walk down memory lane, recalling my own mother and mother-in-law, I watch Mother, co-written by Monica Johnson as it tickles my funny bone every time. John (Albert Brooks) is a neurotic and twice-divorced middle-aged man who moves back in with his nagging but sweet mom. The situations and running commentary dialogue will help you make a list of all the things you shouldn’t do later in life. And watch out for that “protective ice covering” on the outdated ice cream in the back of your freezer!

Whether you call your mother “ma” or “mum,” the meaning of “mother” cannot be adequately defined, but so many aspects of what it means to be a mother find authenticity in films, especially when females have a hand in this representation.

by Pamela Powell May 5, 2020
New York native film critic and film critic Pamela Powell now resides near Chicago, interviewing screenwriters and directors of big blockbusters and independent gems as an Associate for FF2 Media. With a graduate degree from Northwestern in Speech-Language Pathology, she has tailored her writing, observational, and evaluative skills to encompass all aspects of film. With a focus on women in film, Pamela also gravitates toward films that are eye-opening, educational, and entertaining with the hopes of making this world a better place.
Previous Post Next Post