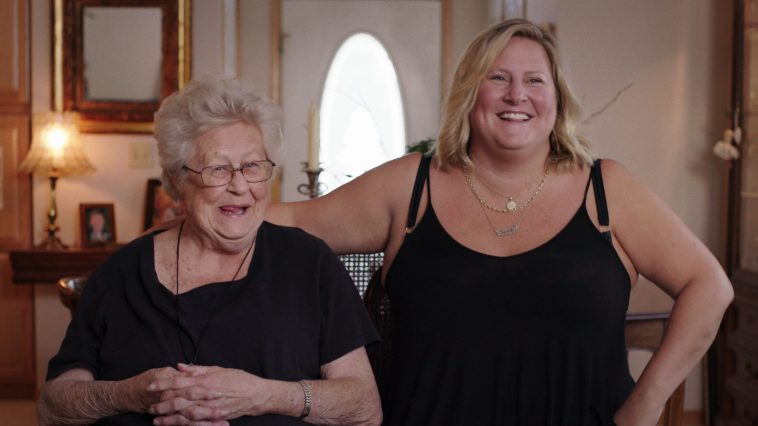 Every comedian has the bit they tell about their mothers, and producer Caroline Hirsch has fleshed out that bit into an entire documentary, Call Your Mother. Founder/Owner of famed comedy club Carolines on Broadway & the New York Comedy Festival, Hirsch talks to FF2 Media about her career of producing star-studded comedy shows, as well as what it was like to delve into heavy childhood material with the people who lighten things up for us.

Call Your Mother will air Sunday, May 10 at 10 PM ET / PT on Comedy Central. Read our interview for a behind-the-scenes look:

A comedic movie was just what I needed this week.

I love Kristen Schaal, so she was one of my favorite parts.

I met Kristen years ago; we had a contest, the Andy Kaufman awards, maybe 10 years ago. It was about comedians that were very edgy, and Kristen won the award the second year we had it. And that kind of made her from there. She went to the HBO Comedy Festival because she won that award, and after that her career opened up.

I read that you spotted a lot of comedians in the early stages of their careers, like Jerry Seinfeld?

Jerry was one of the first comedians who ever worked at the club. Him, Jay Leno, Sandra Burnhart, we had everybody work there. David Letterman used to come in and scout talent. I remember being there one night when Jay Leno introduced David Letterman to a young up and coming comedian called Paul Reiser. It’s been a great ride, I’ve worked with the best in the business. Jon Stewart was one of my early ones, he was a host, opening act at Caroline’s, and he was a writer on one of my TV shows, and from there he just skyrocketed.

And what made you go from working with all these comedic talents to making this documentary?

Well, I decided, years ago I had a show on A&E called Caroline’s Comedy Hour, and I also had a show on the Food Network that I created, called “Too Hot Tamales.” And I did a lot of that early on, when cable was first starting, and I went away from it for a while, and then I decided I really just enjoyed that creative process. So, I produced a movie called F For Jane, it played in I can’t tell you how many festivals. It won the Big Apple Festival award. I’m working on a book option, two other documentaries, other shows I’m working on, so I’m busy.

What made you think of covering mothers specifically?

Somebody came to me many years ago with this idea about how dark it was, and I said that’s too dark. Let’s exploit how wonderful these mothers are and where the comedians got their sense of humor. I had Louie Anderson’s book on my desk, and my assistant said “Oh look, he’s dressed like his mom.” And I said, “Wouldn’t it be great if we had Louie in the movie as his mom?” So we decided to have that running thread with Louie through the movie. And then you have Bridget [Everett] and Kristen, and Kristen reacting with her mom, you can’t make that up! Heidi and Rachel did a great job of getting this instinctive stuff out, like did they inherit this stuff from genetics, or was it environmental? I mean you can see where Bridget gets it from.

It was so fun watching that patter between the comedians and their moms.

And Jo Koy, I’ve worked with many times, and his mom’s bit just killed me all the time. You know his mom tries to upstage him all the time. And his mom’s a big part of his act, the way he imitates her. And then you have Norm MacDonald, who lives next to his mom in LA.

Yeah, so many comedians have these bits about their mothers. I hadn’t really thought about it before, but the movie really crystalized it. What kind of guiding process did you use in the movie to bring this stuff out?

Well, I must give all the credit to Heidi and Rachel, who were shooting the shots. We tried to get them to open up about their moms, and then tried to have the schtick that went with it. We tried to show where this humor comes from, how does somebody develop this humor? And clearly, I can see a lot of crossovers with most of the people I know in here.

Was there anything that surprised you?

Some of the Louie Anderson stuff did, and the stuff with Bridget, too. The way she flings herself around the stage, she got that from her mom. Tig Notaro, I knew Tig early on when she started. But I think the Awkwafina stuff where she talks about her grandmother, that’s warm and heartfelt.

Did you have any hopes for what the movie could put out into the world?

I work with comedians so much, and people are always curious about where they got that sense of humor. Where does that come from? Like Bill Maher, his dad worked at NBC, he was Irish, and his mom was Jewish. And I did meet his mom, she used to come to the shows, she had a wonderful personality. So, yeah, it just keeps on giving and giving for Mother’s Day. It’s not everyone who can do these kinds of things.

Have you ever done comedy yourself?

Have you ever wondered what you would do if you got up there?

No, I can’t compete! But the thing I did learn about watching people is that I know what works. That’s why I decided to get into producing, because I know what works. I know what people want, and I know what’s really funny. I measure it on the highest level of what gets the laughs. Even when I did a show years ago for the Food Network, they had called me for some comic ideas, and I called up saying I don’t have a comic idea, but here’s my idea. There are these two chefs that work for me, and we created the show “Too Hot Tamales.” Which is one of the top rated Food Network shows of all time. And why? Because I knew the personalities. These women were dynamic, they worked so well together.

What do you think you see in these people who go on to be hits?

In comedians, it’s having that unique voice. With all of them, you see with Kirsten, with Bridget, with Tig. And what’s clever is their spin on everything. It’s really taking that idea and making it your own.

Which is how you get 20 different people talking about their moms, but 20 different stories. What do you think is the special sauce you look for?

You know what’s really special? When somebody can tell a joke, almost cross the line politically, but make a statement. That’s a great comedian.

Someone who doesn’t drive people out of the room but keeps them listening, yeah.

Right. It doesn’t offend that much, but it makes the point of why it offends. That’s the brand of a great comedian. I admire that when I hear that, I go “Wow.”

Are there any particular favorite bits you uncovered?

Bobby Lee. That was cute! I didn’t know a few of those things about Bobby Lee and his mother. “Mom, it’s not about you, it’s about me!”

It was like those comedians were going back to their childhoods just from being around their moms.

Yeah. And like with Louie Anderson, that was really poignant.

Yeah, like Louie talking about how his mom would always ask for the butter [at restaurants].

It connects to how the comedians tended to talk about how their moms were depressed.

And you know there’s another part of this, and we really didn’t have the Jim Carreys of the world, or the Stephen Colberts of the world–they were funny because they tried to cheer up their mothers. Jim Carrey’s mother was always sick, and he really tried to please her by being so funny. I don’t know if you remember Jim Carrey from right when he started, he had a lot of personality and all these gestures on his face. He was known for that. He was praised as this genius face. You can tell in his early act what he did to make his mom happy, with his facial structure, to make her laugh. And then Stephen Colbert too, he always talks about how after that terrible car crash, when his father and brothers died in a car crash, how he tried to make his mom laugh all the time.

What was it like handling that dark material at the same time as the jokes?

That’s the brilliance of it. It’s that line. They want to push it all the time; comedians just push it. Sometimes people are like “Don’t go there,” but they’re like “I have to go there.”

Call Your Mother airs on Comedy Central at 10 PM ET on Sunday, May 10. 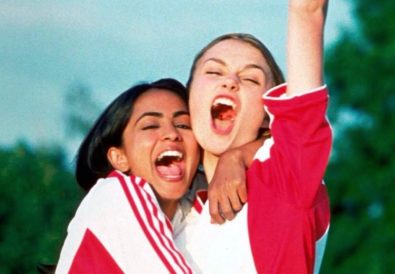