Director and writer Kimberly Peirce, born on September 8 1967 in Harrisburg, Pennsylvania, created a successful career for herself, directing films such as Boys Don’t Cry, Carrie, and Stop-Loss. She began studying Japanese and English Literature at the University of Chicago. When she graduated, she lived in Japan for two years as a photographer and English teacher. Peirce also wrote magazine articles about films whilst she lived there. She then enrolled in a masters program at Columbia University and gained an MFA in film. During this time, she completed The Last Good Breath (1994), a short about two star-crossed lovers in a time of a world war, where one always lives while the other dies. This screened at the Locarno International Film Festival as part of the Leopards of Tomorrow program.

In 1999, Peirce co-wrote and directed the film Boys Don’t Cry. Hilary Swank stars in the story about a boy, “Brandon Teena,” learning his way around love and life as a transgender in surburban Nebraska. Brandon lives as a popular new guy, drinking, cussing, bumper surfing… all the “cool guy” stuff. His life is good, and he is dating “Lana” (Chloë Sevigny), though forgets to mention an important detail––Brandon used to be a girl named Teena. Once his best friends find out, his life crumbles. Boys Don’t Cry is based on true events. Peirce read an article in Village Voice about a transgender man, Brandon Teena, who was brutally raped and murdered due to the discovery of his gender history. This movie grossed over $11 million dollars from its $2 million. It won 50 awards including Best Actress Oscar for Swank. Kimberly Peirce, herself, won the Boston Society of Film Critics Award for Best New Filmmaker. The film also gained 38 nominations, including the New York Film Critics Circle Awards for Best First Film.

Peirce’s younger half-brother enlisted the Army and served in Iraq. This prompted the development of her next movie Stop Loss (2008). The film follows a story of a veteran soldier, who returns from a completed Iraq tour. Upon returning, he finds his life is turned upside down when he is unreasonably sent back to field duty by the Army. This sudden order throws his life out of balance and tests his trust in family, friendship, love, and loyalty. The film won a Teen Choice Award and a Prism Award, and was nominated for five more awards, including the Alliance of Women Film Journalist for Best Woman Director.

In 2013, Peirce directed a remake of Carrie. Her version of Carrie differs from her longtime friend Brian De Palma’s version from 1976. Pierce’s Carrie is much more “concerned with psycho-drama”, as FF2 Media Editor-in-Chief Jan Lisa Huttner said in her review. The adaptation to Stephen King’s Carrie follows a teenage girl, “Carrie White” (played by Chloe Grace Moretz in Peirce’s remake), who was brought up sheltered by her mother “Margaret White” (Julianne Moore). Margaret is a zealot, probably becoming so after Carrie’s father deserted her. Her obsession with religion means that every detail of Carrie’s life is scrutinized. It is shocking to the audience as well as the characters in the story when Carrie first gets her period at the beginning of the movie, and screams because she has no idea what it is. This ensued a lot of bullying, especially from the popular girl in her class, “Chris Hargensen” (Portia Doubleday). When Carrie arrives home with her mother, she asks her why she didn’t just tell her what a period was. Margaret only responds with a sense of disgust and admits that Carrie has become a woman, as though being a woman and everything that is included in womanhood is a sin in itself. Gradually throughout the film, Carrie realizes she has telekinetic powers. The bullying at the school becomes overwhelming and so at prom, Carrie exacts her revenge. The film won six awards, including the People’s Choice Awards for Favorite Horror Movie and grossed over $84 million from an estimated budget of $30 million.

Aside from her writing and directing career, Kimberly Peirce is also a founding member of ReFrame. This organization strives to end discrimination against women and people of color in Hollywood. She is also the head of the Diversity Committee for Directors for the Academy of Motion Picture Arts and Sciences and has been the recipient of many awards, including a Women in Film award for her activism. 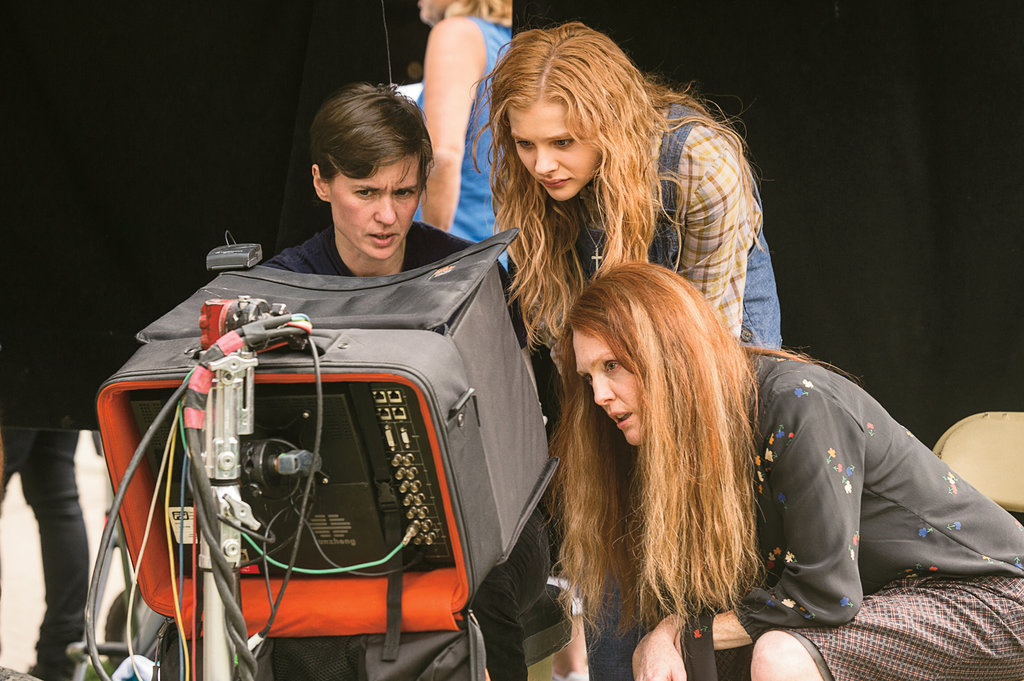 by Sophia Jin May 29, 2020
Sophia is currently a student of classical music. She joined FF2 Media in 2018, and loves working with everyone on the team because not only does it promote women's roles in films, it also opens her up to more works done by women. Sophia is so glad that there is a space that is full of women alike in their passion to bring more attention to females who are just as capable or even more capable than men in the industry.
Previous Post Next Post