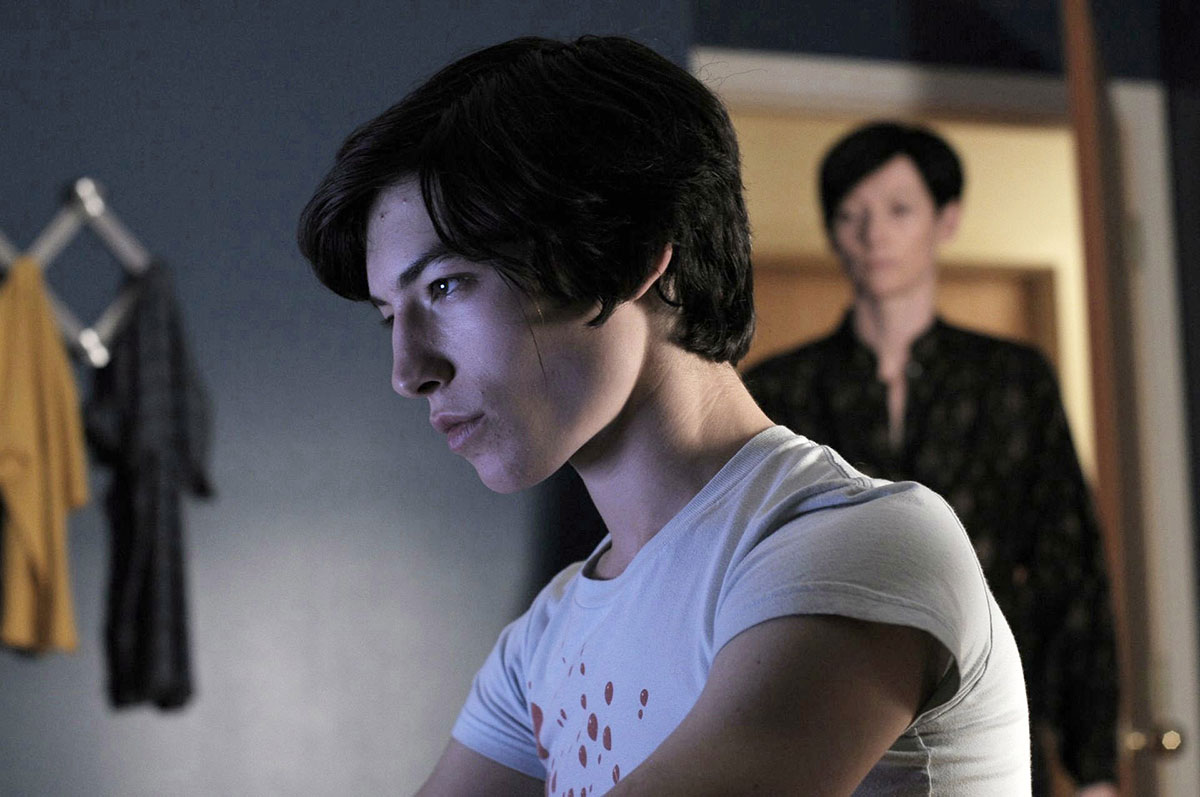 There’s an otherwise unremarkable scene in We Need To Talk About Kevin that will disorient the 2020 viewer. When psychopathic son Kevin (Ezra Miller) opens the package of bike locks he will use to trap his classmates in a room where he can kill them with his bow and arrows, he explains the purchase to his parents by saying he’s going to resell the locks to his classmates for a profit. His father Franklin (John C. Reilly) laughs and jokes “Like Donald Trump, huh?”

A throwaway line becomes a focal point for a retrospective look at white male violence in America. The question on the 2012 viewer’s mind on first seeing We Need To Talk About Kevin is most likely the same as that of the 2020 viewer, but the scale has changed–why, one asks, does Kevin choose to kill his classmates, and for that matter why does he torment his mother and sister throughout his life?

While Kevin directs his sadistic behavior toward most people in his life, he especially seems to hate women. His mother never wanted to have a baby, so those who interpret the film as being negative on motherhood (or at least on unwilling mothers) would locate the problem in her lackluster parenting. While Eva (Tilda Swinton) makes every effort to give Kevin what he needs on the surface, she is shown being reluctant to be a mother even to the point of internally resisting Kevin’s birth during labor.

All the parenting textbooks (and the therapy textbooks for adult children) make it clear that children can pick up on these kinds of emotions even if they aren’t directly demonstrated, implying that Kevin’s seemingly-inborn hostility toward his mother has a definitive cause. This is where the film connects into systemic issues, as Eva would not have been in a position to give Kevin negative vibes if she hadn’t been pressured to keep the baby by Franklin, a much more enthusiastic parent. 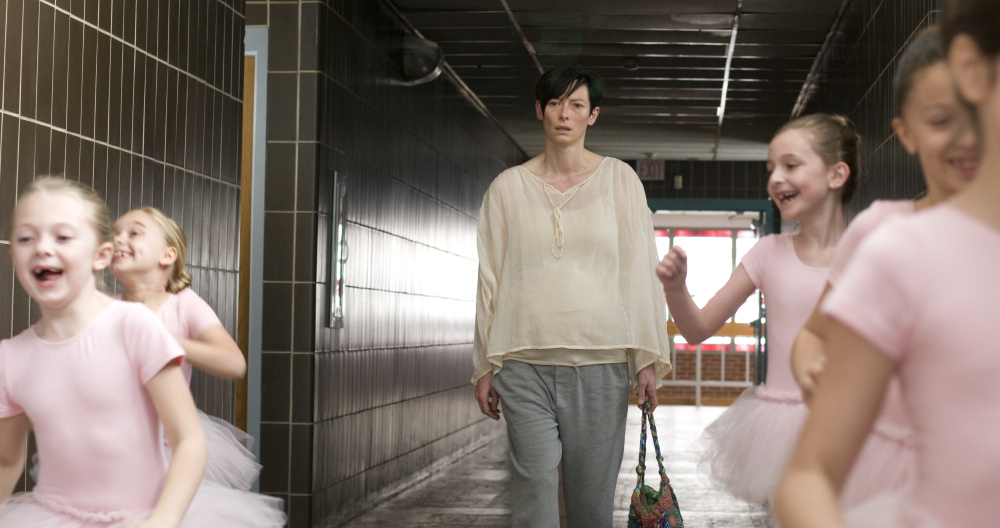 It should be noted that Kevin does not show aggression toward his father, though it’s shown to be a front to keep his behavior toward Eva from being noticed by Franklin. Interestingly enough, white nationalists do play civil at times for the liberal press to keep at least part of the left attempting to work with them, to “compromise.” Most of us are also well aware that when it’s a white man’s word against anyone else, no matter how many anyone elses there are, the man is usually the one who is believed. I know Susan Sontag was against interpretation, but it’s hard not to see this film as an eerily prescient piece on the alt-right.

In the end, whether the quote-unquote blame rests with Eva, Franklin, or Kevin, the question this movie is grappling with is one of life and death importance, both to the characters and to us. In 2020, white male violence has reached such a peak that even protests against violence by white men are shut down with more violence. The root cause seems to be a larger systemic issue, but that leaves people with the often depression question of what, if anything they can do to stop it.

We Need To Talk About Kevin leaves the viewer without many answers, because it often seems like Eva really can’t do anything about her son’s behavior. Things only escalate the longer they’re left unreckoned with, Franklin serving as an unwitting accomplice as his own positive relationship with Kevin masks the effect Kevin has on his wife and daughter. In fact, the only thing that we can think of Eva could have done differently is implied in the title: talking.

The issue of Kevin is always shut down whenever it is brought up in the movie, whether it’s a conversation with Franklin, or even Eva trying to take Kevin to task herself after a particularly unsavory incident with a computer virus. The implication is that if Eva could actually manage to talk to someone about Kevin and have them listen, something would change. So perhaps the title should be “We Need To Listen About Kevin.” This would echo the refrain that has sprung up in recent years urging people to “believe women,” implying that there would be fewer predators and killers out there if women were listened to before things got out of hand.

In the end, We Need To Talk About Kevin has only gotten more chilling over the years due to how horrifically the issues it grapples with have spiraled out of control. While the film and we ourselves have still not been able to solve this problem, there can be no denying the problem when one watches this movie, and as the movie itself shows, facing the problem without denial is actually the first step to solving it. 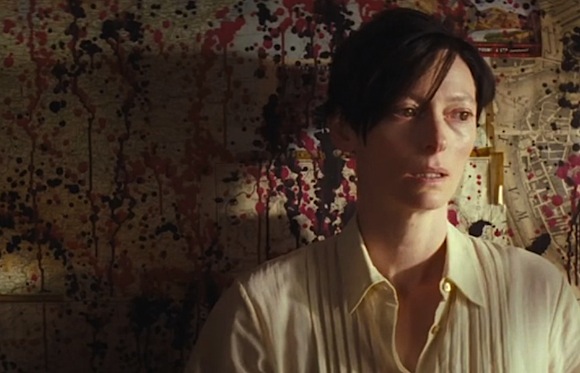 Top Photo: Kevin confronts his mother about her snooping on his computer.

Middle Photo: Eva exhaustedly goes about her day while other people seem happy.

Bottom Photo: Eva often seems to be in a state of shock.