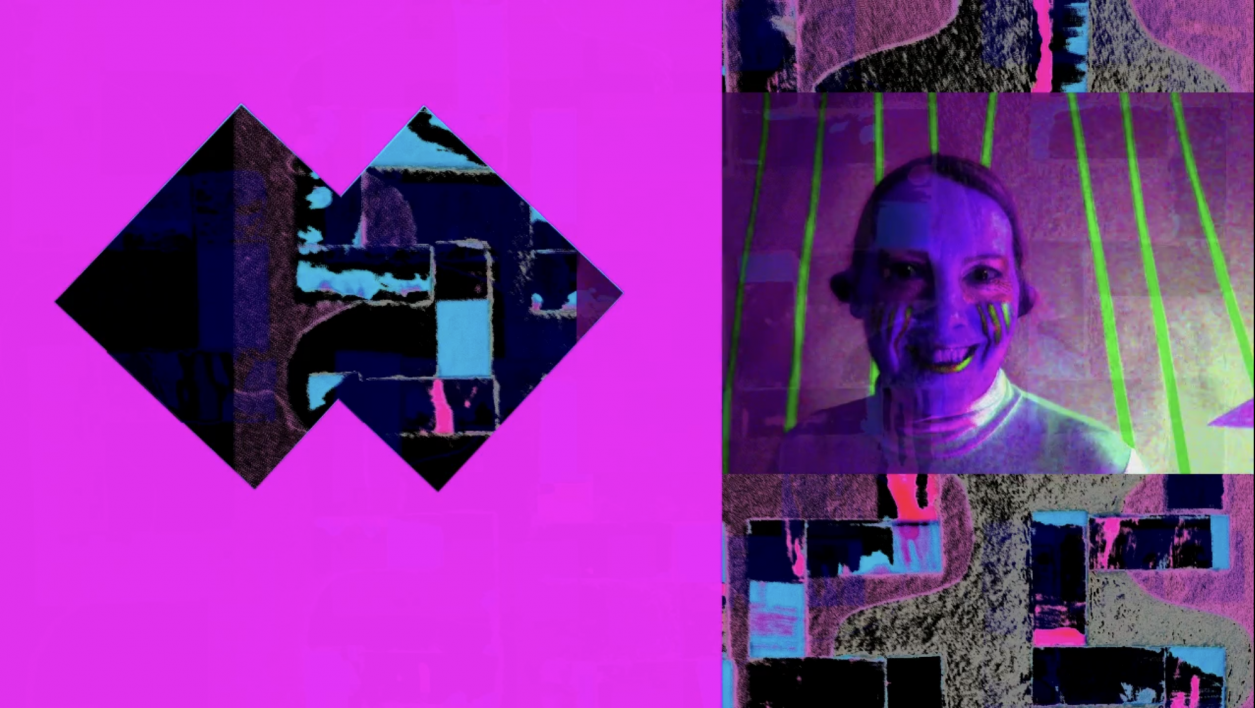 While theaters and auditoriums have been closed due to COVID-19, performing arts companies have gotten creative in providing content to their patrons. Carron Little, Scottish artist, co-founder and curator of public performance series Out of Site (OoS), made the jump to digital in 2020 and has a full lineup for 2021 including several Out of Site performances, artists talks, and a performing arts symposia as well as her own performances.

Little has made a career of championing public performance, through her own performance work as well as her co-founding of Out of Site. Her personal performances are multi-layered. She has often based her work on oral histories she has completed with different populations including septuagenarians in the Beverly neighborhood in Chicago, members of Chicago’s Women Mobilized for Change in the mid-1960s to 1970s, or women of all ages in Switzerland. From the oral histories, she’ll write poems and create visual pieces – sculptures, collages, and paintings, and then integrate them into the performances.

She has developed a persona called Queen of Luxuria. She explains the persona as “The Queen of Luxuria produces performances that respond to the moment we are living in or addresses a particular social concern like the Uptown Trilogy that looked at racial, gender pay equity. In interviewing the public and writing poetry as gifts for the public it’s about attuning very deeply to what is being shared. In creating works for the moment it is about listening very deeply and holding up a mirror with a bit of humorous delight. Every society needs a clown or a fairy to bring joy and sparkle to our everyday lives and the queen of luxuria is definitely striving to channel the fairy spirit!”

She’ll start out the year with a Queen of Luxuria performance on Saturday, February 13th through West Shore Community College (WSCC), in Scottville, Michigan, called “Gie ben ilka gill (To give in each measure)” that will be livestreamed via Facebook. In the piece, she’s reimagining Burns Night, held in honor of Scottish poet Robert Burns, where a male representative gives a Toast to the Lassies and a female representative gives a Toast or Reply to the Laddies. For her event, Little will perform her poem “To Give in Each Measure,” in English and Auld Scottish, with music composed by Graham Nelson. The performance will be interwoven with poems from people around West Shore Community College: Sean Henne, Professor of Education will give the toast to the women, Barbara Forgue, a counselor, will toast to men and Natalia Nicholson will give the toast to the non-binary.

Little is thrilled doing these collaborative performances with the members of the West Shore community. She says, “I’m interested in art that extends into the community; that beyond the museum and makes a real connection with people. And figure out ways to do that in this time so confined to our homes.”

The performance is part of West Shore’s Humankind Series. Eden Ünlüata-Foley, Professor of Art, was part of the committee to invite Little for their focus on the British Isles for the 2020-2021 season. The series is meant to explore what it means to be human, he says. The idea is to investigate different perspectives to the present, exploring ways of life, thoughts and feelings and offer our constituents international and global perspectives. He says Carron Little is “going to offer us and the community a way to [new] look at Burns Night, much newer perspective and contemporary perspective.”

The performers sent their poems ahead of time so that Little can incorporate their pieces into her own live performance where she’s “creating worlds in digital spaces.” She’ll digitally bring it all together, describe it as a collage, “I create spaces and worlds that fuse with the movement and the musicality of the poetry.” The work is supposed to “humorously celebrate the multiplicity of gender that exists in our community…” and “the gift[s] that we can give each other.” Care is a major theme in her work and with this performance and her other digital performances, she is “really thinking about these aspects of care we need for ourselves” and our communities. In her digital work, Little says, “In the time of the pandemic, how can we sincerely connect with people… how we weave culture into cities and into people’s homes.”

Check out the WSCC Humankind website for the live streaming event. For people who cannot see the livestream on Monday, the piece will be recorded and available on Facebook and eventually on Carron Little’s own webpage. Attendees of the event may walk away with something extra as well. 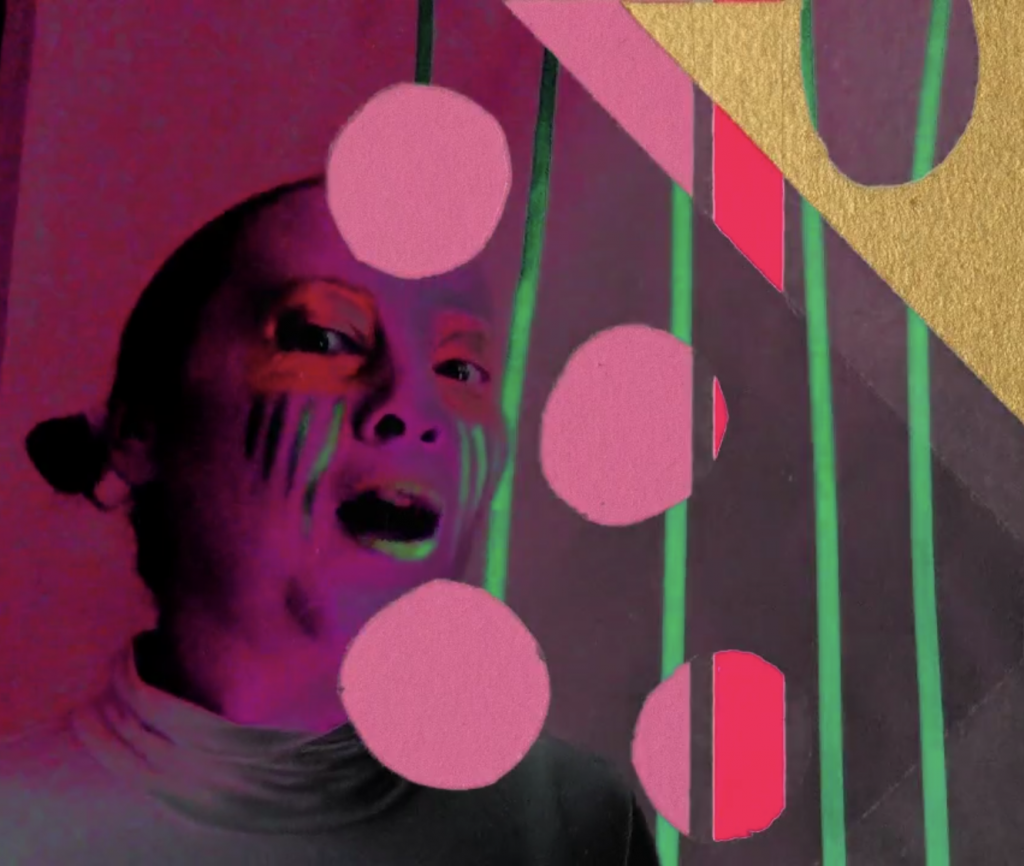 In addition to her own work, Little has been directing/curating Out of Site since its founding in 2011.  The public performance art series’ goal is to create “unexpected encounters in public space.” In pre-pandemic years, artists would perform in the streets of Chicago, often centered around Noble Square and Wicker Park. Performances have included Detektiv Bureau where performers literally washed dirty money or an Austin-based performance group Ballenarca performed a dance of sea creatures with puppets in front of a Whale, repurposed from an old car/truck.

When OoS was pushed into the digital realm because of COVID-19, it presented a unique opportunity for collaborations amongst artists as well as reaching new audiences with the digital realm. Streaming performances via Twitch, the popular platform known for gaming, allowed people all over the world, including curious gamers into the world of performance art.

On February 26th, Out of Site will have its first performance of 2021 streaming on Twitch through Chicago’s Experimental Sound Studio (ESS), which has been running The Quarantine Concerts since the pandemic began. For these performances, several artists present approximately 30 minutes of work, either as a solo act or as a collaborative act often between artists between different countries.

In 2020, Little found it inspiring to bring together two artists who may not usually be able to co-create due to distance. Little explains that the pairing of artists allowed them to really “think about their practice and methods of creating performances and dance” and they have innovated processes and technology to create new kinds of performances. But its collaboration doesn’t stop there. Artists virtually meet each week leading up to performances and even continue meeting after the fact.

For the 26th event, Rachel Bunting (of the Chicago-based Humans dance company) will be collaborating with Sheila Toledo (Switzerland). In addition to their joint piece, artists Meghan Moe Beitiks, Erin Peisert, Duff Norris, and Sara Zalek will create solo pieces.

In conversation with Zalek, they’re in the process of developing the piece, redoing their studio, and collecting video in a trip to their family in Hawaii. Zalek explained, “a lot of my work has been about grief for a period of time, [which does] not seem to be abating…” They describe unpacking more and more layers of grief. On their website, Zalek describes their work as “rooted in physical investigations of trauma, resilience, and transformation.” All three components are part of the process. Dealing with the grief in their life, Zalek says, “I feel like I’ve lived many lifetimes” in a single lifetime.

Everyone experiences grief differently but there’s a commonality to it all, Zalek said. Like Little, Zalek wants to find a way to connect with the audience especially as so much has gone digital. They mention that they have gone back to creating visual art, such as mail art and hybrid note-taking. Ultimately, Zalek wants to create something that allows “people to see a window into their own soul, into the heart of themselves. My performing body becomes a lens through which a person could experience themselves in a different way, (hopefully) more honestly,  more fully. Its wildness invites them to slow down, to relax the barriers that normally stand between us, and to witness a body deconditioning. It creates space for creative potential.” It will be thrilling to see what Zalek will do for the performance on the 26th.

Like with the February 8th performance, if you miss the live performance, it will be available on Twitch for a few days and then on Experimental Sound Studio’s Youtube channel.

But that’s just the start of Out of Site and Carron Little’s work for the year. Starting in February will start up the Out of Site series on February 13th with Mar Seringa-Gou, a Chicago-based performance artist. In the fall, Little curated a series of artist talks with alumni of Out of Site and will continue that series in the Spring and the Fall.

Out of Site has also partnered with The Chicago Parks District to do 16-20 public events in parks across the city. They’ll have to get creative this summer given the pandemic, but she’s looking forward to seeing what the artists come up with for these performances. For Little, she believes strongly in the power of “public performance is a way of making our city/streets safe…[We have] to think about providing the resources for people to come out of the pandemic in a way and reintegrate into our communities.”

In addition to all these performances and talks, Little has been asked to curate ESS’s live digital performances. A Request for Proposals (RFP) will be going up soon. There’s also going to be an RFP for a virtual public performance symposium organized for May. So watch out for those RFPs and the final events.

It’ll be an exciting year for Carron Little and the world of performance art. And as a consequence of the pandemic, people outside of Chicago can take part in new and innovative ways. 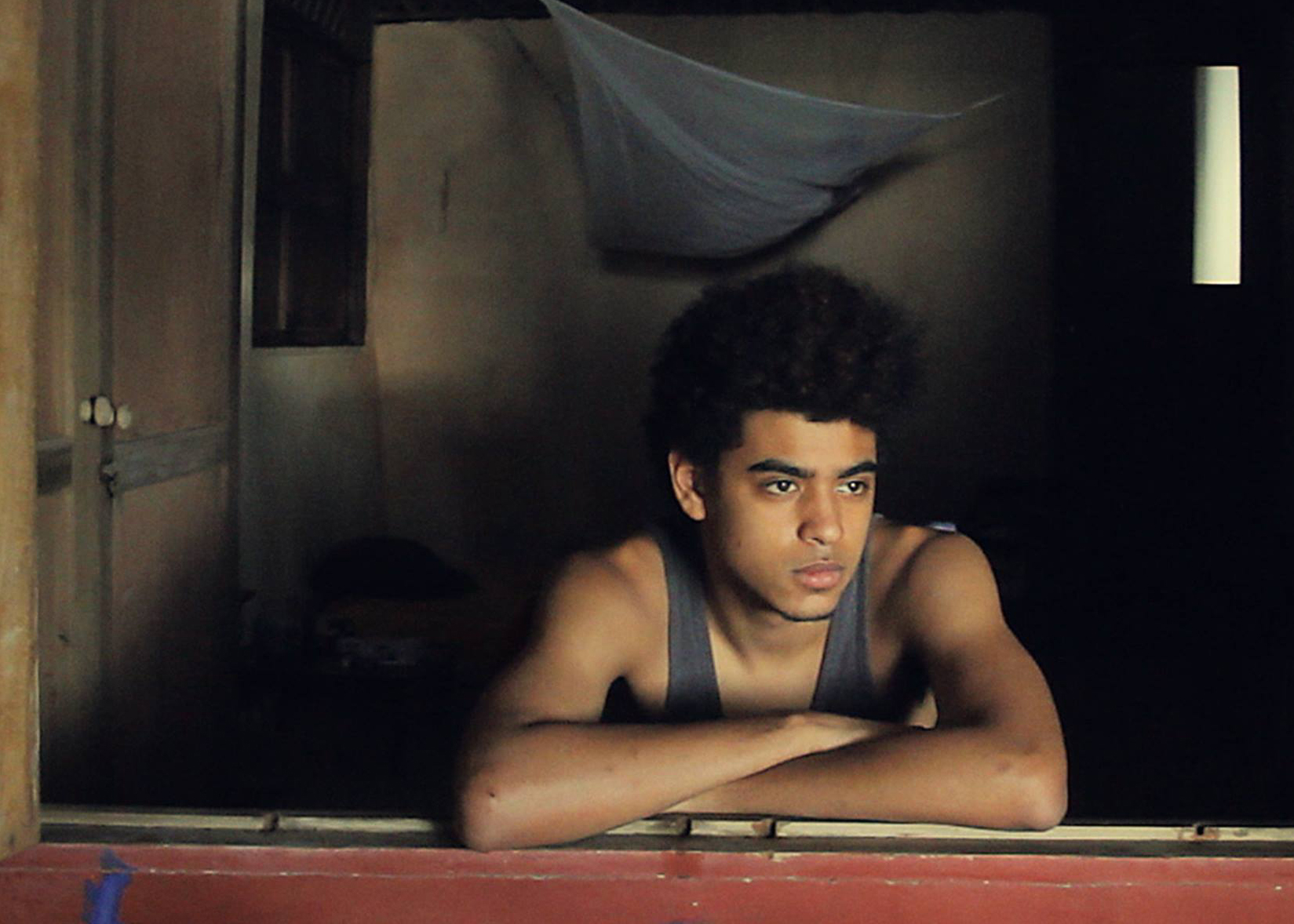 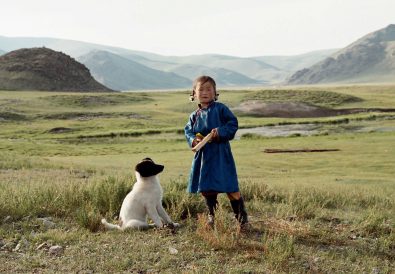