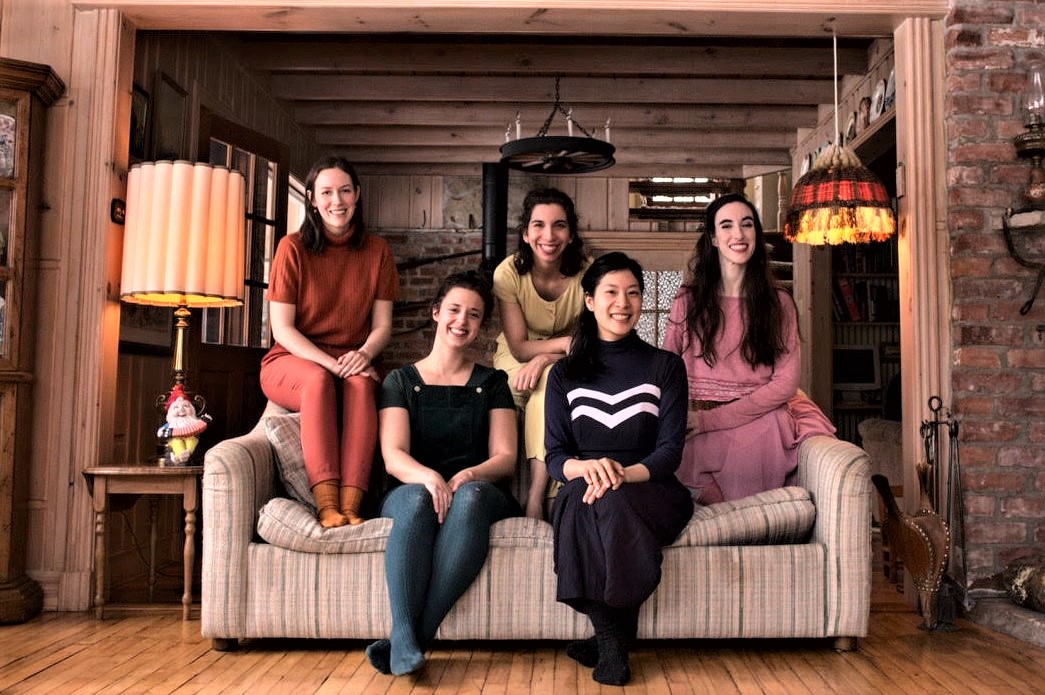 The women of Germaine are bringing a feminist perspective to the world of Quebecois (Canada) folk music. I had a chance to speak with two of the founding members Mélina Mauger-Lavigne and Florence Mailhot-Léonard after their mid-February performance for the virtual University of Chicago Folk Festival. (Note: Quebec is a French-speaking province located in eastern Canada.)

The group started in 2017 when Mauger-Lavigne, Mailhot-Léonard, and Myrianne Cardin-Houde, all childhood friends, decided to start the group after getting into traditional Quebecois music. They had been step-dancing together and wanted to bring the two art forms together, something that they hadn’t seen before. Two additional members joined and they had their first five-person performance in 2018.

By intention, they bring a feminist perspective to the folk music scene. “Men in groups are singing [these songs] and they don’t ask themselves any questions about the lyrics,” Mailhot-Léonard says. “They don’t listen what it [the song] is saying. Sometimes it’s embedded into rape culture, murdering a woman, these really trash stories. We prefer to tell stories that are more empowering for women.” For instance, they recall hearing a song about a young woman getting married but they felt that every time the song was sung, she kept getting younger and younger, from 21 to 13.

The members of Germaine see their work as a continuation of tradition. Mauger-Lavigne says, “We’re thinking of tradition as a natural thing. Those texts are traditional, but it does not mean we cannot put them in their actual context.” They are performing traditional songs and dances and “they come from our heritage. But we do them in 2021, [so] we need to consider we are not in the past.” she says. “They [these texts] are not iced in the past, they still move and they are still here.”

Mailhot-Léonard explains that traditional singing can evolve. “The songs we sing here and now, some of them we are singing in our families. The tradition still exists for us.”

Part of their success lies in their choice of songs. While they avoid a song if they do not like its message, they actively choose songs when they do like the message. They may even elect to change a word or two if it “makes the woman more powerful” or changes the perspective in a song.

Sometimes the members of Germaine elect to remove a verse that takes power away. For example, one of their songs, “Je l’aimais tant,” tells the story of a woman whose husband is dying. In the chorus (in rough translation), the woman says, “I love you, husband, but I love you more dead than alive.” In the verse where she buries her husband, the wife says “everyone is crying but I am laughing.” In one version of the song, the final verse—where they read the will—the lyrics end with “everyone is laughing but I am crying.” The members of Germaine choose not to sing that last verse.

Mailhot-Léonard and Mauger-Lavigne point out that there are often lots of versions of songs; some versions specifically to be sung within families. Thus, this version—the version without the last verse—is their version. Sometimes they may even mix two songs together to get the desired effect.

But one thing they stress is that they do want to tell the stories of women in the past. So, they do perform tragic songs, because these tragic songs are about the lived experience of Quebecois women—experience that is so often lost in the annals of time.

The name of the band—Germaine—is part of the project as well. In French, “Germaine” means a controlling woman, someone who dominates everything in her house including her husband. So it’s not considered a positive word. “We chose to reclaim the word and make people realize first of all that it shouldn’t be a bad way to describe a woman.” Mauger-Lavigne says. “Germaine [for us] means this woman takes a place in the community and that’s not bad.”

In addition to their free use of lyrics, Germaine also has unique instrumentation using fiddle and bodhran (drum). Mailhot-Léonard and Mauger-Lavigne explained that Germaine uses two types of step-dancing in their performances. One is called “gigue” which is stand up step-dancing. The other is “podorythmie” or sitting down step-dancing (which is more loosely translated as foot-tapping).

Not only does Germaine play freely with lyrics, they also adapt the rhythm of their chosen songs. For example, if they have a 4:4 song, they might change it to 6:8 or 3:4 (like a waltz). “The idea was to use a song as material for step dancing on it. In Quebec, we see a lot of step-dancers dancing to music. One of the initial ideas of the project was to step-dance on people singing acapella,” explains Mailhot-Léonard. This was something they hadn’t seen before. Introducing a different rhythm makes the dance more interesting for the members of the group.

Changing the rhythm of the song also helps to get across the meaning of the song for Germaine. “If there is a change of rhythm when there is something meaningful in the song, it can highlight that,” Mailhot-Léonard says. For instance, they have a song about a breakup that is normally sung in 4:4, and sung in 4:4, it’s considered funny. But once Germaine changed it to a waltz in 3:4, the song becomes slower and sadder.

In the upcoming year, Germaine plans to record a CD (a project that has been postponed by the pandemic). But they are hopeful that they’ll have something done at the end of the summer, and so that they can then start on new songs to arrange and perform.

Check out Mélina Mauger-Lavigne, Florence Mailhot-Léonard and additional Germaine band members Myrianne Cardin-Houde, Marie-Laurence Lamothe-Hétu, and Patricia Ho-Yi Wang in their set for University of Chicago Folk festival here (Germaine’s performance starts at 42:56) and follow them on their Facebook page for more updates. 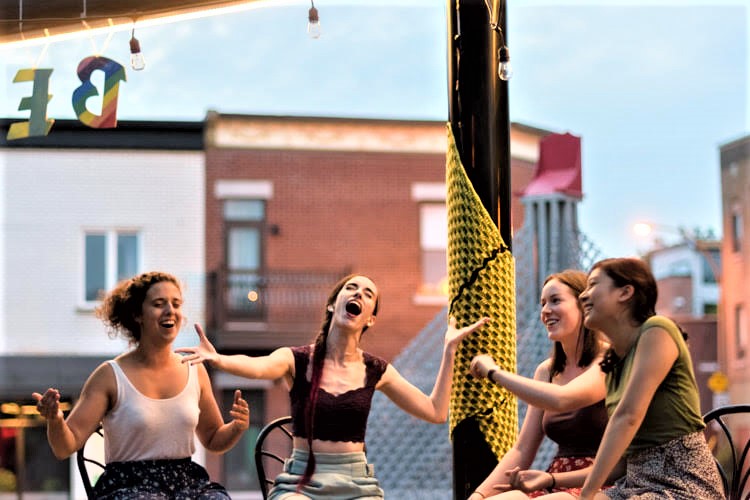 Used with permission. All Rights Retained. 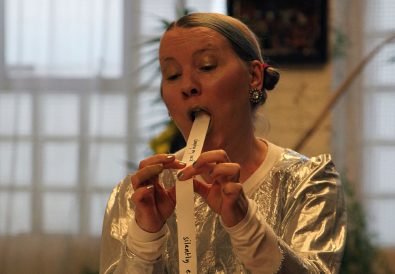 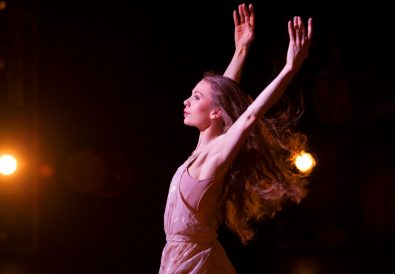 Gavin Larsen on the Agony & Ecstasy of Being a Ballerina