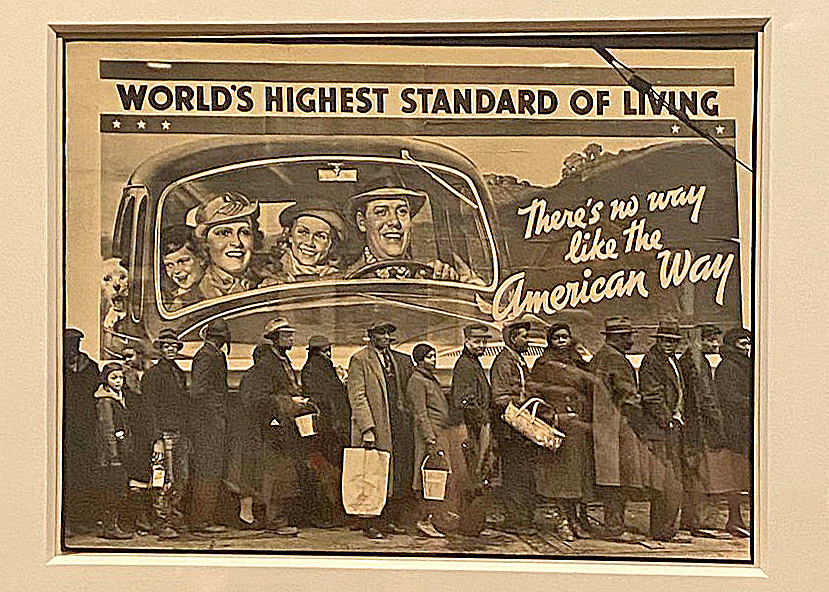 As the saying goes, “one picture is worth a thousand words.” Photography allows the artist to express emotions when words are not enough while giving the viewer a glimpse of the world that the photographer created in her image. The Metropolitan Museum of Art (NYC) is currently showcasing The New Woman Behind the Camera until October 6th, highlighting the women photographers from the 1920s through the 1950s who inspired generations of women photographers today. (“The New Woman” describes the women who were revolutionary in their time — both behind and in front of the camera — and whose legacies live on today.)

The 1920s sparked a change in how women were seen in society. This was primarily due to the fact that they joined the workforce during World War I; since many of the men were drafted, leaving jobs for the women to fill. These women thereby developed a new sense of agency that allowed them to take ownership of themselves in previously unheard-of ways. They had the means to create their own sources of income, no longer relying exclusively on the men in their lives. Ultimately this gave them the ability to make a name for themselves in many sectors–particularly the arts–which were heavily male-dominated. 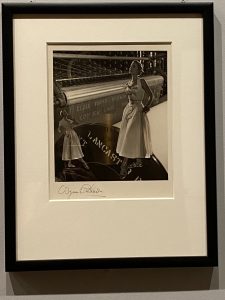 The Met’s The New Woman Behind the Camera exhibition features influential women photographers including Germaine Krull, Florence Henri, and Margaret Bourke-White. Each artist used the medium of photography as a form of self-expression and frequently as a tool to showcase societal inequalities, such as racial discrimination and the myth of the American Dream.

Italian photographer Wanda Wulz’s Io + Gatto (1932) perfectly exudes the photographer’s ability to present the duality of life. Showcasing how life is not always black and white or “one or the other,” Io + Gatto (I and Cat) is a self-portrait that utilizes double exposure, including a photo of Wulz herself and their family cat. Although Io + Gatto is a black and white photograph, Wulz conveyed deep emotion with her stance in the image and usage of the double exposure technique. Wulz depicted herself looking directly at the viewer, exemplifying her as being strong and unwavering on her viewpoint of the complexity of identity.

The 1920s woman was also revolutionary in how she expressed her womanhood and femininity. The concept of femininity took on a new shape due to the growing number of women in the workforce alongside the women who considered themselves “flappers.” Flappers were young women known to be rebellious in their fashion choices and their public behavior. They simply rejected the idea that women should be held to a higher moral code than men. Women at this time pushed the boundaries that no one before them dared to.

German photographer Gertrud Arndt’s Masked Self-Portrait (No.16) (1932) explores clichés of how femininity was presented during this time and how she dared to change the narrative.

Masked Self-Portrait (No.16) is part of a 43-self-portrait series that showcased the stereotypes or “masks” women wore during this time, including the “adventurous flapper” and the “respectable lady.” Arndt is seen wearing a mask with her eyes closed and head titled down, while the technique of utilizing several negative exposures on one sheet created a mysterious aura for the image. It highlighted the materials used to create the masks, including lace and feathers. Masked Self-Portrait (No.16) represents how Arndt is all of these women, from the respectable woman to the femme fatal, and that no one should be forced to choose how to identify.

Photography is a medium that lets viewers feel what the subjects were feeling during that time. Although initially a fashion photographer, Toni Frissell lent her talents and skills to photographing the war effort of WWII, including humanizing war heroes such as the Tuskegee Airmen — all African-American — in her work. The portrait William A. Campbell and Thurston L. Gaines, Members of the 332nd Fighter Group in Ramitelli, Italy (1945), depicts the two men socializing while getting suited up to go out in the field. The two men seemingly have a lighthearted conversation due to one of them smiling as they put on their pilot gloves.

It is essential to highlight how the armed forces were not desegregated until 1948, causing the Tuskegee Airmen to face racial discrimination both home and away. Capturing this image humanizes these men as more than just war heroes, but men who were as human as anyone else by showing them as two people simply having a conversation before going out on the field.

On the other hand, photographer Margaret Bourke-White captured the stark disconnect of realities between white and Black America during the 1930s, many of which can still be seen today. Flood Relief, Kentucky (1937) displays a line of Black people waiting to receive relief services due to the Ohio River Floods of 1937. What makes this image particularly fascinating is the juxtaposition of Black people waiting in front of a large mural of a white family with the words, “There’s no way like the American way.” Bourke-White depicts the stark racial differences in America alongside classism that works to keep marginalized communities from obtaining the resources needed to not only survive but thrive.

These photographers perfectly showcased how photography can convey deep emotions or even shed light on marginalized community issues ignored by society. These women have inspired generations of women photographers to continue to push boundaries because they are the only ones who can define themselves. From Arndt’s reimagining of the self-portrait to Frissell’s depiction of the Tuskegee Airmen, these women redefined what it meant to be a woman in a complex and rapidly changing society.

Click here to flip through the fascinating exhibition catalogue. 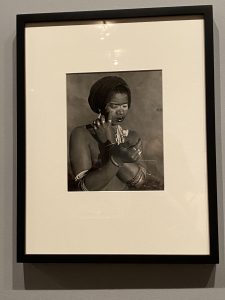