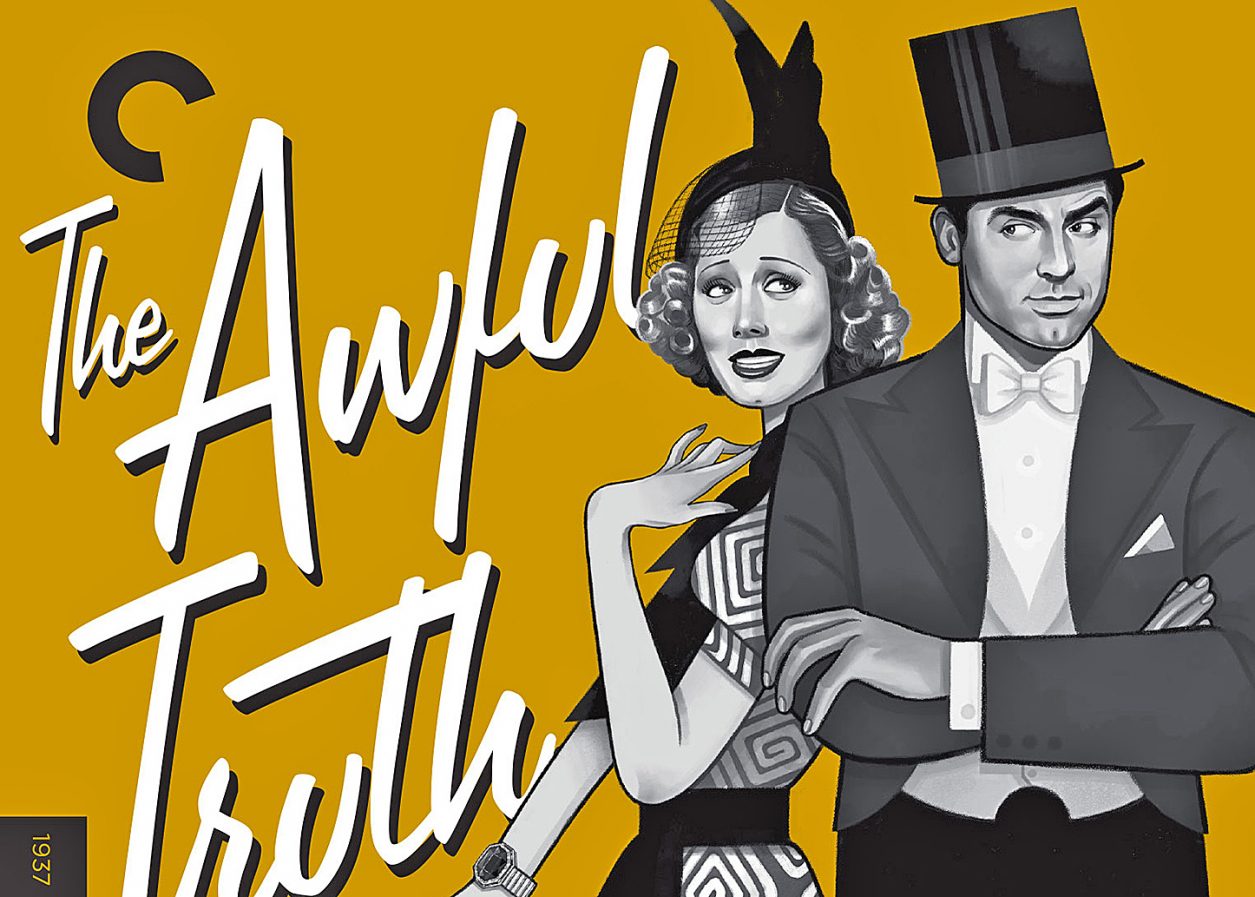 Have you scanned the Criterion Classic DVD collection lately? Notice the wonderfully designed new covers? Many of them are recent commissions by working illustrators!

After reading about illustrator Caitlin Kuhwald on Facebook recently, I reached out for an interview. Turns out she’s already done eight film covers for Criterion (as well as one internal illustration). She has also illustrated several books including V is for Voting and Who Did It First?.

ES: When did you decide that illustrating was something you could do as a career?

Caitlin: I feel like I’m one of the really lucky people who was like “I know what I want to do” right from the get-go and stuck to it and then did it. I guess the more interesting answer would be [how I got into illustration] cuz I went to art high school and junior high but when I decided to go to college for art, I didn’t know the difference between illustration and fine art at all. I feel like people know it now. The internet and social media really have changed. But when I was a kid, that was definitely not the case.

When I went to visit my undergraduate school, when I was deciding on colleges, which was the California College of Arts and Crafts, there were workshops you could do, depending on what your prospective major was going to be. I was going to do a painting workshop and there was a show hanging in one of the galleries that was the graduating illustrators’ senior show. I was like, “I don’t really know what this is, but this is what I want to do.” [She found out that] this is an illustration major. I was like, “Okay, well, I’ll do the illustration workshop then.” So, before I started college, I knew illustration was what I wanted to do.

ES: How did you get started with Criterion Classics?

Caitlin: As an illustrator, to get work, you advertise in one way or another. So, it could be sending postcards or now emailing art directors just to get your work in front of people. [There was] this website where you pay them money and you get to put your images up on this website. In theory, art directors will look at it and hire you if they like your work.

Art directors don’t look at that site, at least not experienced ones. But ironically, Eric Skillman, who was the art director at Criterion, was brand new at hiring illustrators and didn’t know where to look. He looked there and [he] found me there. It was the one and only time I ever got hired from anything on that site. And it was one of the best clients I’ve ever had. 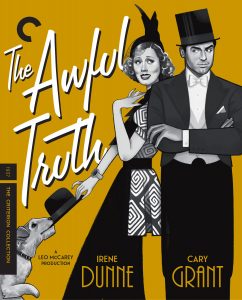 ES: How do you decide what to show on the covers because obviously films have so many images to choose from?

Caitlin:  The art director’s job is to at least point you in the direction of their vision. For other kinds of illustrations, say for something with lower stakes (like a magazine because that comes out every month or week), it’s not a permanent object in the same way that a Criterion film is. [For the magazine type of assignment], I would give them three to five different ideas including the one they suggested, and then we’d kind of go from there.

There’s no way that Eric would come to me without [knowing what they was thinking] because it’s already been vetted and talked about with the higher-ups. [For The Organizer, they’d say something like] “It’s directed by this person. It has this kind of look. And that particular director tends to be like this.” Eric will say [to me], “Okay, we’re thinking of portraits of all the different main characters in the film.”

I also know why they’re hiring me because of the work that I do for Criterion. I know that Eric is coming to me for portrait work. They want specific things from me and then he’ll tell me more specifically. I like to think of other ideas too, just in case there might be something that I think might be more interesting after watching the film.  There’s only been a couple of instances where I’ve convinced Eric to do something slightly different.

ES: In your Criterion website video, you mentioned how having a kid influenced your work. Could you talk about that?

Caitlin: It was going in that direction anyway. I probably would have gotten there eventually. I think having my son kind of expedited the process, not necessarily because of how I felt having him or anything. It’s more like I got hired to do a mural job, which I don’t think I would have done if I didn’t have a kid. It was for a child play space.  I’m thinking about kids more and what kids would like. So, when I designed it, I was just like, “it’s a mural, and I’m going to be really simple with it.” And I did it, I was like, “What? Why did I put these rules in my head?” [These] totally arbitrary rules that [were] like, “This style is just for a mural in a kid’s space. That can’t be for an editorial illustration.” Of course, that’s not true.

ES: Could you talk about making V is for Voting and other books?

Caitlin: I’m very liberal and come from a really, really liberal background. So, it [didn’t] occur to me that that would be something I wouldn’t do. I’d rather be doing work about stuff that I care about. I think that there are people who are like, “Oh, I don’t want to bring [politics] into my work.” Maybe they want to stay neutral. If I have the opportunity to do something that will help causes and things I believe in, then I feel like it’s my duty to do that.

I’m happy when people ask me though I don’t necessarily search for it. I think the fact that I started doing work for The Progressive when I was a really young illustrator. People see it and they’re like, “Oh, she’s cool with making this kind of work. Now we know we can go to her for that.” 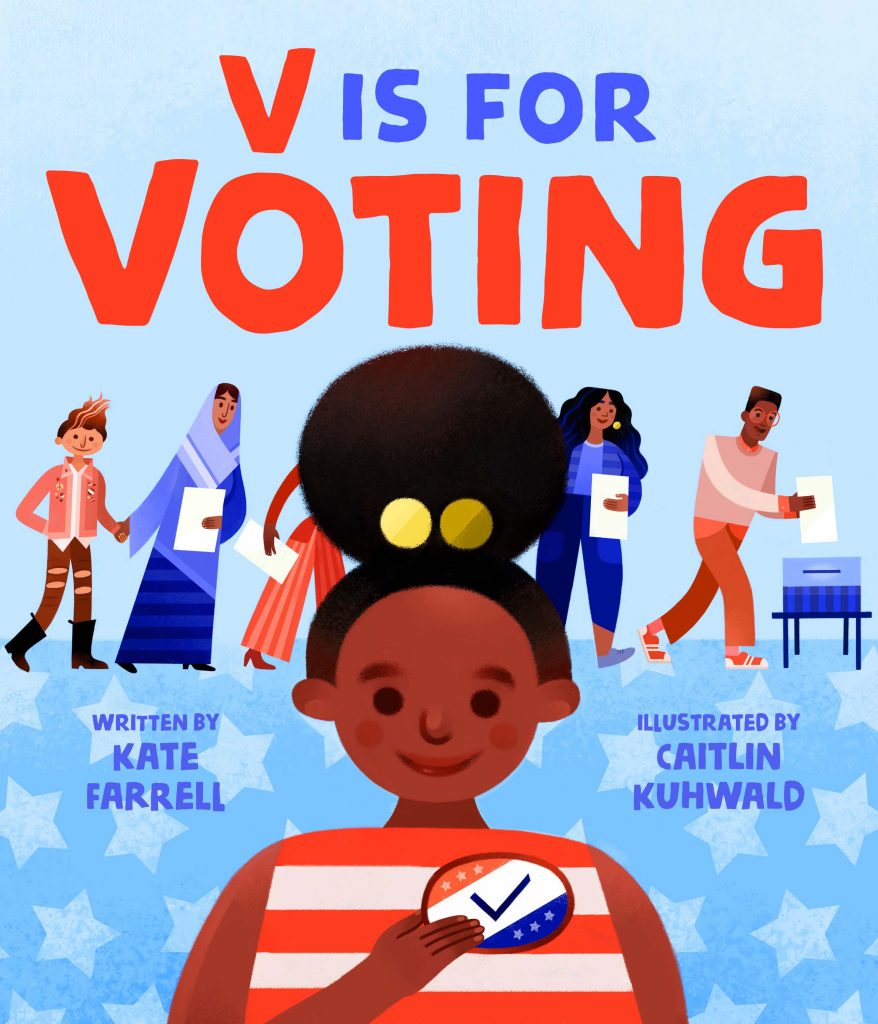 Click HERE to check out Caitlin’s work on her website and future decal company with her husband!

JPGs provided by Caitlin Kuhwald and used with her permission.