Novel-in-Verse Brings Tejano Pop Star Selena Back to Us 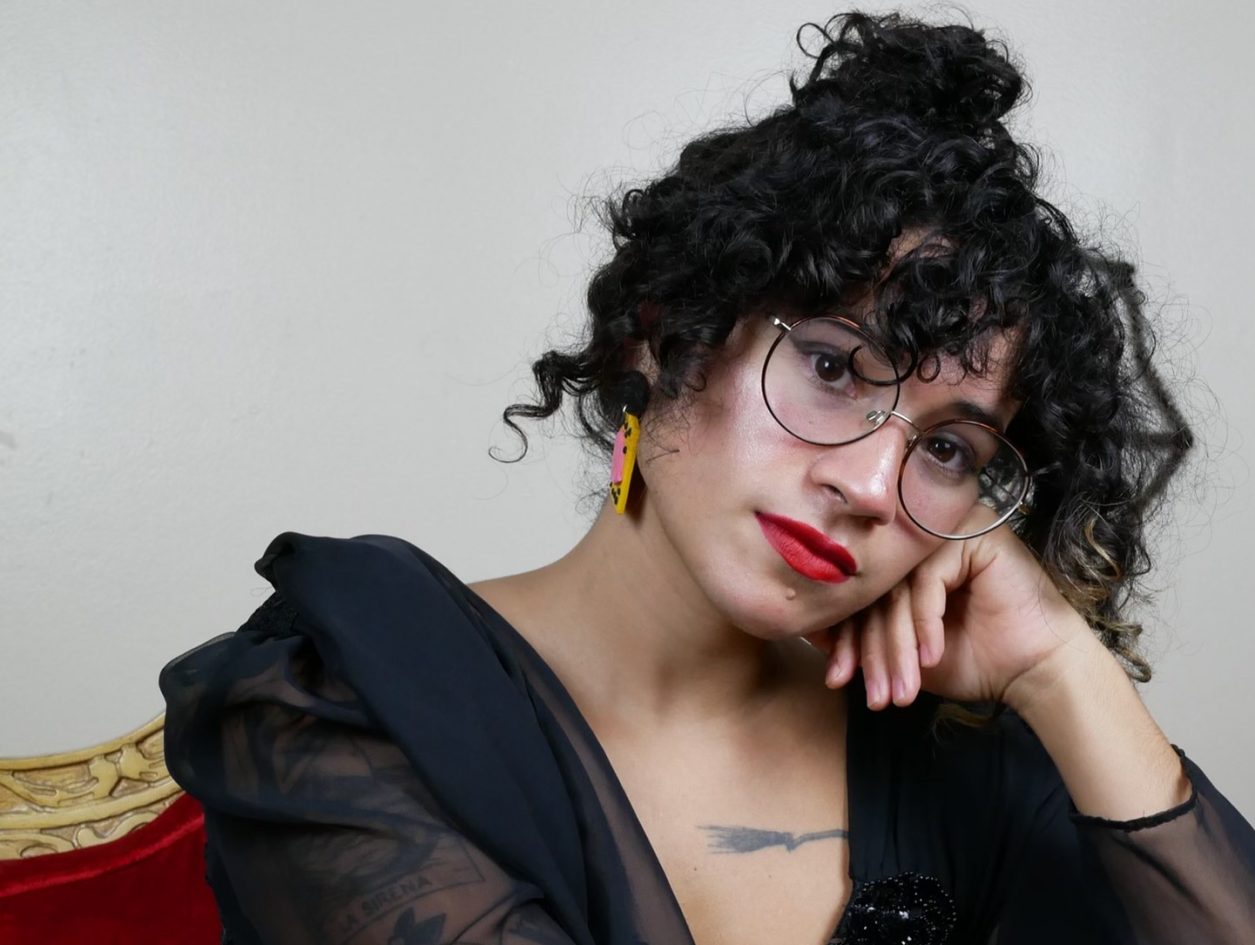 I’ve never read a novel like Melissa Lozada-Oliva’s Dreaming of You before. In the novel in verse, a poet — who also happens to be named Melissa Lozada-Oliva — uses technology-infused ritual magic to resurrect Tejano pop star Selena Quintanilla-Pérez. Selena’s brief career and dramatic murder on March 31, 1995, at age 23, had a massive impact on pop culture and particular significance within the Latin American diaspora (of which Lozada-Oliva is a member).

I was expecting something like classicist Anne Carson’s novel in verse Autobiography of Red, the beautiful but morose modern retelling of the story of Heracles and Geryon. Dreaming of You is more like if Bernadette Mayer, the New York poet known for her hilarious voice and overtly sexual subject matter, wrote Beetlejuice.

It’s clear that Lozada-Oliva has fun when she writes. The poems are often sexy, funny, or both. The story is absurd but grounded in the tangible experiences of a contemporary 20-something urbanite — karaoke, roommates, Halloween parties and coffee shops. Often, the genre-stretching novel reads like a play: a cast of characters and their descriptions are listed before the story begins; a gossipy chorus provides perspective on Melissa’s descent into the horror genre; each section of the novel (one might call them “acts”) ends with monologues from ancillary characters; there’s even a scene, starring Melissa and Selena, complete with setting and blocking. But some poems, like “6’3 Looking for Something Casual that Has the Potential to Be Something More ; )” read like an extended lyrical tweet straight from the archives of Lozada-Oliva’s Twitter feed. Which they basically are.

Melissa is introduced at the very end of the cast list. Unlike the other characters, whose descriptions are chunky prose poems, Melissa’s description is only two lines long: “It’s been me, it’s always been me. The whole time.” This short statement gives context to the entire cast list. The characters might have their own parts to play in the story, but each of them is a facet of the main character. Together, they provide an opportunity for her to work through whatever demons she brings to life, through writing, or magic, or both. But it also raises a question: who’s the “me” here? Is it Melissa Lozada-Oliva, the main character of Dreaming of You? Or is she just one more character reflecting Melissa Lozada-Oliva, the poet whose name is on the cover of the book?

You can’t talk about the hyper-modern poetry Lozada-Oliva delivers in Dreaming of You without talking about social media. You can’t talk about social media without talking about memes. One that pops up regularly on poetry Twitter is a variation on “the poet vs. the speaker of the poems.” The subjects of this meme are similar in appearance or concept (a classic example: a small alligator posed atop an inflated alligator pool floaty) but are not the same thing. The speaker of the poem is not the poet, this meme declares, with its tongue in its cheek. But what happens when the speaker of the poem insists that they are, actually, the poet?

Around the corner from poetry twitter, fiction twitter often replays frustrated criticisms and defenses towards the autofiction genre. The introduction to Walker Caplan’s satirical “10 new definitions of autofiction,” provides a mostly earnest definition: “autofiction denotes a category of autobiographical fiction that knowingly plays with its truth-value…”

Dreaming of You obviously stretches the truth-value. As weird as things have gotten lately, I don’t think that anyone has figured out embodied celebrity resurrection. The monstrous version of Melissa that takes over her reflection after Selena disappears from her life is pretty clearly a metaphor. But when the poems spoken by Melissa refer to her life outside the resurrected Selena, like when they refer by name to friends I’ve read about on Lozada-Oliva’s twitter feed, it’s hard not to take what they say as fact and project them onto the poet who created the poet. When Melissa says, “I won the YouTube lottery while it / was still hot,” I can’t be sure if just Melissa did, or if Lozada-Oliva did, too. Part of me is compelled to google “melissa lozada oliva youtube poetry,” but I’m enjoying the book too much to pause for a sleuth session that might shatter the reality of the world she — one of her — has built.

Autofiction is littered with bad actors who use their peers’ experiences with reckless abandon. But combining autobiography and fiction gives writers the opportunity for obfuscated confession. They’re given permission to speak to experiences that they otherwise have to leave in the shadows.

In “March 31, 1995” Melissa tells a story inherited from her mother. When Melissa was three, she and her mother snuck her tío through customs in Guatemala with a fake passport and a fake reaction to Selena’s murder. “No one would believe he was Guatemalan if he didn’t love Selena,” so her mother reframed his silence as devastation. When the custom’s officer looked too closely at the passport, Melissa cried as dramatically as everyone else in the airport who had just learned that Selena, so full of promise, had been murdered by her best friend (who was also the president of her fan club).

Writing about this event, which is at the center of Dreaming of You’s emotional narrative, might have legal implications—if it actually happened to Lozada-Oliva. But “March 31, 1995” is a work of poetic fiction. It only happened to Melissa, the one who brought Selena back to life, because Selena’s death was so traumatic, or because the events that transpired on the day of Selena’s death were so traumatic that they haunted her. In fact, they might not have even happened to that Melissa. It’s hard to tell who’s writing the poetry here, but whoever it is, they are not the same as the speaker of the poem. 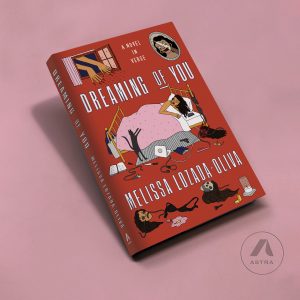 Melissa Lozada-Oliva’s Dreaming of You.

A poem by Bernadette Mayer.

Bottom Photo: Dreaming of You book.

Photos courtesy of the publisher, Astra House. Cover illustration by Polly Nor. 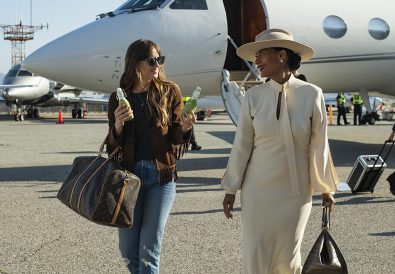 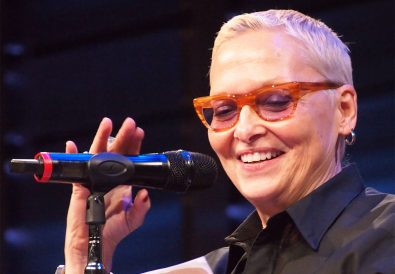 The Many Lives of Prize-Winning Poet Jan Beatty

Watch at Home: ‘All About Nina’ & more from female filmmakers

by Hannah Lamb-Vines November 12, 2021
Hannah Lamb-Vines is a poet, critic, fiction writer, and editor in Berkeley, California. She received her MFA in creative writing from California College of the Arts in 2021. Her poetry has been published in or is forthcoming from Columbia Journal, HAD, Black Telephone Magazine, Shit Wonder, and Bennington Review, among others. She is an interviews editor for Full Stop magazine.
Previous Post Next Post