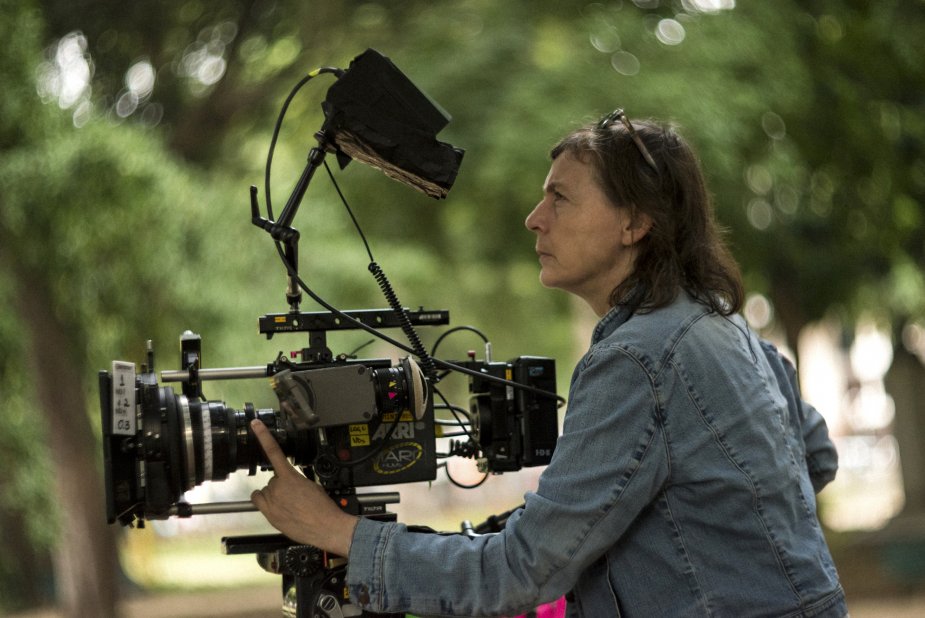 Hélène Louvart is a French cinematographer who has served as the Director of Photography for a number of prolific films, working with directors such as Agnès Varda, Claire Denis, and Maggie Gyllenhaal. In every film she works on, Hélène’s cinematography transforms the film, bringing out the meaning of the story in a way that makes the whole greater than the sum of its parts.

One of Hélène’s most incredible accomplishments is her work on Pina, about the late choreographer Pina Bausch and written and directed by highly celebrated German director Wim Wenders. The film is in 3D and filled with stunning performances by dancers. With Pina, Hélène demonstrates camera skills that are nothing short of mastery, turning 3D from something that is usually a gimmick into a serious tool for filmmaking. The film received several awards and nominations, including being selected as the German entry for the Best Foreign Language film for the Academy Awards.

Though the shots in Pina were bold and expressive, Hélène has also shown an affinity for capturing small, intimate moments with expertise. In 2020, she shot Never Rarely Sometimes Always, about two teenagers who travel New York City by themselves so that one of them can get an abortion. The film consists mostly of quiet moments, with things left unsaid because they are too difficult to discuss out loud. Instead, communication and connection is physical; in one of the most powerful scenes, the girls’ hands fill the screen as they link pinky fingers. As FF2 Contributor Amelie Lasker puts it, “Hélène Louvart’s camera often pauses on the moments of fleeting connection.”

In Beach Rats (2017), about a teenage boy who struggles to come to terms with his sexuality, Helene’s cinematographic choices allowed the film to embody the true darkness and terror of this experience for a young boy. As FF2 contributor Katusha Jin states, “Shot on an ARRI Super 16 camera, the lack of traditional film lighting made for a grittier, darker, and more confined feeling. Hittman and Louvart avoided the sensitive digital cameras and trapped the story at the beach in the darkness where it belongs.” FF2 Contributor Eti Or adds, “Beach Rats is compelling from its very first shot. The flashes of light coming and going in the dark — body parts popping out and then disappearing — catch your attention and hold it for the rest of the film. The close-up shots throughout the entire film give the same feeling. Beach Rats is all about showing some aspects of the truth even while hiding most. Only the viewer — not the character — is allowed to see the big picture.”

Another remarkable achievement of Hélène’s is The Lost Daughter (2021), based on the book by Elena Ferrante and directed by Maggie Gyllenhaal. The film follows a woman, Leda (Olivia Coleman), who encounters a young mother and her daughter while on vacation in Greece, and becomes haunted by her own memories of motherhood. Though the views of Greece are beautiful, it is Hélène’s ability to capture Olivia Coleman’s unbelievable performance through close-ups and long, quiet shots of her that bring the film to the level of masterpiece.

Hélène is without a doubt one of the most prolific cinematographers of her time; her unbelievable artistry and unprecedented capacity for emotional empathy have led her to take every story above and beyond what it was. 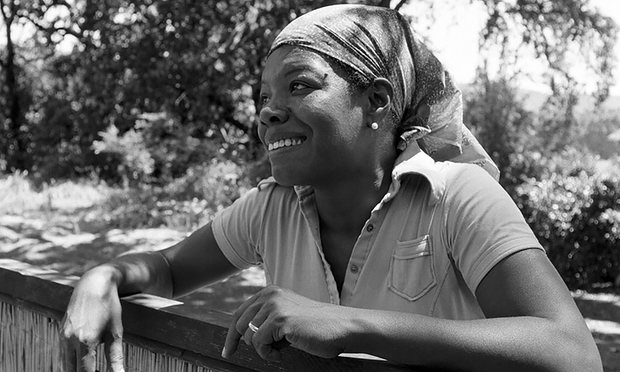 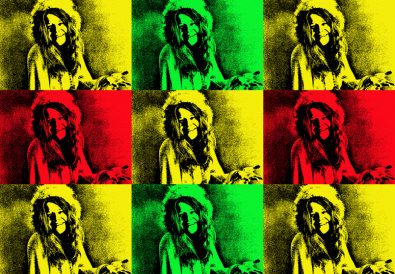 Janis Joplin: Ode to Your Star in Our Feminist Firmament

by Julia Lasker November 22, 2022
As an associate for FF2 Media, Julia writes reviews and features for films made by women. She is currently a senior at Barnard College studying Psychology. Outside of FF2, her interests include acting, creative writing, thrift shopping, crafting, and making and eating baked goods. Julia has been at FF2 for almost 4 years, and loves the company and its mission dearly.
Previous Post Next Post