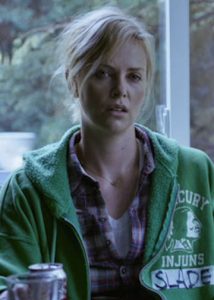 Beautiful people travel on a special road through life, but in their fascinating new film Young Adult, director Jason Reitman and screenwriter Diablo Cody show us what happens when doors start closing on someone who has always glided through them.

When the film opens, beautiful Mavis Gary (Charlize Theron), now in her late 30s, is living alone in an anonymous high-rise. Shes divorced, her career has stalled, and shes in a panic about what to do next.

Theres a lot to like in Young Adult, and Theron makes Mavis endearing even when you want to strangle her, but unfortunately all of the other characters in this film are completely generic. And so, in the end, Cody and Reitman betray a highly accomplished actress at the peak of her powers and undermine what might have been one of her most memorable performances.

Beautiful people travel on a special road through life. As soon as their good looks become apparent, routine obstacles and impediments disappear, and doors open for them that will always remain closed to the rest of us. But as the saying goes: “Nobody gets out of life alive,” and sooner or later even the most beautiful people begin to lose their edge.

In their fascinating new film Young Adult, director Jason Reitman and screenwriter Diablo Cody (teaming up again after their award-winning collaboration on Juno in 2007), show us what happens when doors start closing on someone who has always glided through them.

“Mavis Gary” (Charlize Theron) is a woman who grew up beautiful in the small town of Mercury, Minnesota, and left for the greener pastures of “Mini-Apple” as soon as she could. But when the film opens, Mavis, now in her late 30s, is living alone in an anonymous high-rise. She’s divorced, her career has stalled, and she’s in a panic about what to do next. So Mavis zips her very small dog, Dolce, into a very large purse, stuffs her rollaboard, and heads back to Mercury to reclaim her glory days.

Theron gives a terrific performance as Mavis. Beyond being merely beautiful, Theron is as delicate and fragile here as she was way back in 1999 in her breakthrough role as “Candy Kendall” in The Cider House Rules. Although her behavior once she reaches Mercury is monstrous—narcissistic, rude, duplicitous, inconsiderate—she’s so clearly bewildered by her free-fall from a state of grace that all the other characters in the film not only want to think the best of her but do everything possible to cushion her landing.

Unlike most of my colleagues, I hated Juno (which has a 94% Fresh rating on Rotten Tomatoes), and watching Cody win the “Best Original Screenplay” Oscar in 2008 made this self-professed advocate for women filmmakers literally “sick at heart.” As I wrote at the time:

“The dialogue [in Juno] was completely fake. There was never a moment that I believed anything any of these people said.”

On the other hand, I love much of the dialogue in Young Adult, especially during the set-up in the opening scenes. As the ghost writer of a popular series of books in the “young adult fiction” genre (hence the title), Mavis spends a lot of her time lifting lines from teenage girls in fast food restaurants. They have absolutely no interest in that sloppy gal typing away at a table littered with residue, but Mavis has zeroed in on them. She culls from choice bits of conversation, and hones phrases until they are perfectly shaped. As a writer myself, I appreciate her command of her craft. Watching Mavis work, alone in the crowd, it’s clear that she has brains as well as beauty, and has, in fact, earned her professional success. 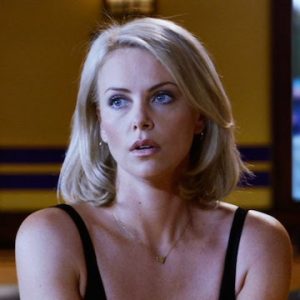 Equally fascinating are scenes of Mavis “constructing herself.” Staring into a badly-lit hotel mirror totally focused on her own image, Mavis powders her cheeks, lines her eyes, shines her lips, and teases her hair. A gorgeous blond emerges from the bathroom and Dolce barks his approval. But running through her head in counterpoint is the pabulum Mavis feeds to her readers: “She was a natural beauty.” Ha!

So there’s a lot to like in this film, but unfortunately none of the other characters in Young Adultare as real as the girls in the Minneapolis KFC. The people in Mercury are like the denizens of Lake Wobegon where, as humorist Garrison Keillor tells it: “all the women are strong, all the men are good looking, and all the children are above average.”

Even worse, they’re completely generic. No one speaks with that quirky Minnesota accent (remember “Marge” in Fargo?) and the locations could be anywhere. (Stick around for the credits and you’ll see that most of the Mercury scenes were actually filmed within an hour’s drive from Manhattan in Nanuet, Massapequa, and White Plains, New York!)

I won’t bore you with narrative details that you can discover for yourself. Suffice it to say Mavis goes fishing for her old boyfriend “Buddy Slade” (Patrick Wilson), but ends up hooking misfit “Matt Freehauf” (Patton Oswalt) instead. Buddy, once a local sports hero, has settled into a comfortable middle class life. (But other than plot mechanics, what explains the fact that Buddy has waited so long to have his first child?)

Matt, on the other hand, was the geek who had the locker next to hers in high school, someone Mavis never really saw as a person even though she encountered him multiple times every single day for years. (But other than plot mechanics, what explains the fact that Matt now lives alone with his sister?)

Ironically there does appear to be one [almost] natural beauty in town, but as Buddy’s wife “Beth” lovely Elizabeth Reaser mostly hovers around the edges of the screen, just as she does playing Edward Cullen’s adoptive mom “Esme” in the Twilight series. Such a talented female cast at hand (which also includes Jill Eikenberry as Mavis’s Mom “Hedda,” Mary Beth Hurt as Buddy’s Mom “Jan,” and Collette Wolfe as Matt’s sister “Sandra”), and yet they all get sketchy parts without any depth. It seems Cody and Reitman found nothing in Mercury to interest them, and that’s a shame.

In the end, Mavis gets back in her car and drives away. A very smart lady has looked into the mirror, made an honest appraisal of her own reflection for the very first time, and realized there’s no turning back.  Alone again with the long-suffering but ever-attentive Dolce, Mavis heads off to find her future.

But giving Mavis reasons to stay would have made it more interesting to watch her go, and the ending is way too abrupt. Alas, as it is, Cody and Reitman have betrayed a highly accomplished actress at the peak of her powers and undermined what might have been one of Charlize Theron’s most memorable performances.

P.S. “Nobody gets out of life alive.” Credit this phrase, now so much a part of our language, to Harriet Frank Jr. and Irving Ravetch who wrote the screenplay for Hud. Released in 1963, Hud is based on Larry McMurtry’s 1961 novel Horseman, Pass By, but as far as I can tell from Amazon, this line of dialogue was written for the character “Hud” (so memorably played by Paul Newman) and is not in McMurtry’s original. 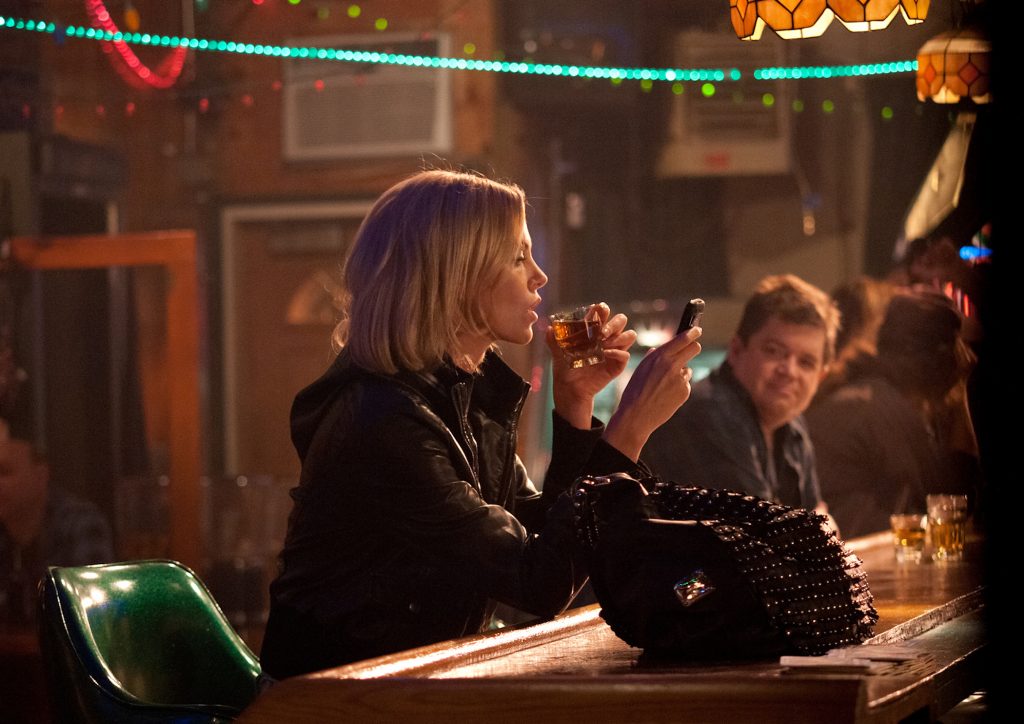