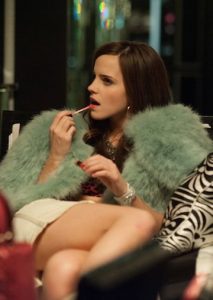 Sofia Coppola’s new film The Bling Ring is both the work of an accomplished filmmaker speaking out on important issues, and the Cri de Coeur of a mother occupied daily with raising two young daughters.

The main characters in The Bling Ring are three teenagers who steal millions of dollars-worth of stuff from the homes of well-known Hollywood celebrities. Acting as both screenwriter and director, Coppola has fictionalized facts first presented in an article published by Vanity Fair magazine in 2010 in order to create a narrative of her own that explores the 21st Century demarcation line between “in” and “out.”

It is no accident that the events in question take place between October, 2008 and August, 2009, that is, at the start of what we now refer to as “The Great Recession.” Coppola’s three teens all come from “nice” homes, but they live in the fragile world of the 99%, and their wish to ascend into the 1% is pure fantasy.

Coppola herself is a member of the 1% and someone who grew up with all the privileges, but she is now a mature artist in her own right, and one of the few individuals capable of helping us stop and take stock of where we are before we all plunge headlong, like lemmings, over a virtual, cyberspace cliff. Brava! (JLH: 4.5/5)

In Sofia Coppola’s terrific new film The Bling Ring, a teenager named “Mark” (Israel Broussard) spends a lot of time slipping through glass doors. Sneaking up from the outside, mesmerized by the glittering treasures on full display within, Mark tests multiple handles until, inevitably, he finds one that gives way to his touch… and he’s in. When another sliding door slams shut at the end of the film, a door made of steel and thus impenetrable to the eye, the effect is bone-chilling. Instead of a soft swish we hear a hard clang, and it’s like a metallic punctuation mark: the fun times are over and there will be hell to pay for the follies of youth.

The teenage boy on the outside looking in is a staple of 20th Century literature. I first met him when I read Thomas Mann’s 1903 novella Tonio Kruger way back in my college days. Ninety years later, Jeffrey Eugenides transformed this narrative voice into a small “Greek Chorus” for his novel The Virgin Suicides. When the five beautiful Lisbon sisters of Grosse Point, Michigan kill themselves, everyone in town has an opinion. But actual facts, scant as they are, are known only to the neighborhood boys who had obsessively spied on Bonnie, Cecilia, Lux, Mary and Therese, watching them through a telescope as they moved about in the supposed privacy of their suburban home.

Although published in 1993, The Virgin Suicides is actually set in 1974. It was a more innocent time and yet the seeds of our modern media culture—intrusive television cameras whetting the public appetite for “reality” programming—are already apparent. And in 1999, Sofia Coppola, daughter of world-renown director Francis Ford Coppola, made her film-making debut with a striking adaptation of The Virgin Suicides.

I went into my screening of The Bling Ring on Monday night (6/10/13) knowing very few of the facts behind the story I was about to see. I spent most of the next day digging through the mountain of information already available online (including the original article in Vanity Fair on which The Bling Ring is based). I ended my Tuesday (6/11/13) by watching The Virgin Suicidesagain. (I knew I had liked it and felt sure it was relevant, but I couldn’t remember enough details to say why.)

My immersion in the world of The Bling Ring leads me to see Sofia Coppola’s new film as the culmination of a body of work that will help us understand our world better, but only if we give Coppola the credit she deserves and take her seriously as an accomplished filmmaker speaking out on important issues. As someone who grew up with all the privileges, Coppola is now a mature artist in her own right, and one of the few individuals capable of making us stop and take stock of where we are before we all plunge headlong, like lemmings, over a virtual, cyberspace cliff.

The plot of The Bling Ring is based on Nancy Jo Sales’ article “The Suspects Wore Louboutins,” which was published by Vanity Fair magazine in 2010. In addition to Mark, the main characters are “Rebecca” (Katie Chang) and “Nicki” (Emma Watson). They are modeled on Rachel Lee, Alexis Neiers, and Nick Prugo, three teenagers who collectively stole more than $3 million in jewelry and high-end designer goods from the homes of multiple Hollywood celebrities between October, 2008 and August, 2009 (that is, at the start of what we now refer to as “The Great Recession”). 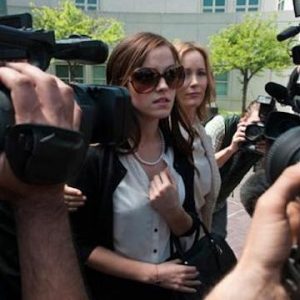 In The Bling Ring, these kids live so close to Hollywood that they can drive right up to the houses of the “rich and famous” without arousing suspicion, and the girls are pretty enough to gain entry into shops and night clubs at will. As long as they look “cool” and carry enough cash to pay up when asked to, no one turns them away. But in the 21st Century, the demarcation line between “in” and “out” has undergone a profound transformation. On the one hand, modern media has made it easier than ever to see what goes on inside; on the other hand, the barriers to entry are greater than ever.

Acting as both screenwriter and director, Coppola has fictionalized the facts to suit her narrative. The people Sales interviewed have been turned into “characters” with names, behaviors, and motivations provided to them by the filmmaker, not the reporter. And it is Coppola who has chosen Mark as the narrator (echoing the male voice in The Virgin Suicides), whereas Sales wrote her account from the POV of the Nicki character. (The first line of the Sales story is: “Alexis Neiers told cops that she and Nick Prugo had been drinking at Beso…”)

But unlike The Virgin Suicides, there are very few adults in The Bling Ring. Although we do see a bit of Nicki’s mother “Laurie” (Leslie Mann) from time to time, teachers are rarely seen on screen, and the other parents only appear at the very end, along with attorneys, photographers, and policemen, after all the damage has already been done. Besides Laurie, the only adult in the body of the film is “Kate” (Annie Fitzgerald), the reporter Coppola has created as a stand in for Nancy Jo Sales. (Note that Sales recently published a “tie-in book” of her own called The Bling Ring: How a Gang of Fame-Obsessed Teens Ripped Off Hollywood and Shocked the World with HarperCollins.)

In other words, The Bling Ring locks us tight in a world of teenage girls, with Mark, the narrator, as the story’s only significant male presence. Just as in The Virgin Suicides, music plays a critical role; the girls sing along with the pop stars who both feel and feed their own aspirations. Typical for a Coppola film, the visual design is impeccable (a reflection of “the girl” who still lives inside her?), but this time, using her own status on the Hollywood A-List, Coppola was even able to bring her film crew into some of the real places that her characters penetrate without permission. And seeing what is actually on the inside should make it clear to all of us what “the 1%” really means. While Mark, Nicki and Rebecca all come from “nice” homes, they exist in the fragile world of the 99%, and their wish to ascend into the 1% is pure fantasy.

Sofia Coppola, who is a member of the 1%, has lived a very public life on camera, so we may know a great many facts about her life, just as we do all the other celebrities who populate The Bling Ring, but that does not mean we should draw any conclusions about her as a person. That said, I’m going to go out on a limb now…

When she made The Virgin Suicides, Sofia Coppola was an ingénue, a “Hollywood princess,” and the daughter of a very famous father. Today she is not only an Oscar-winning filmmaker, but the mother of two daughters: Romy (born in 2006) and Cosima (born in 2010). Watching The Bling Ring, I heard the Cri de Coeur of a mother worried about what the world will be like for her own daughters as they grow into adulthood. And if I heard right, then more power to her! 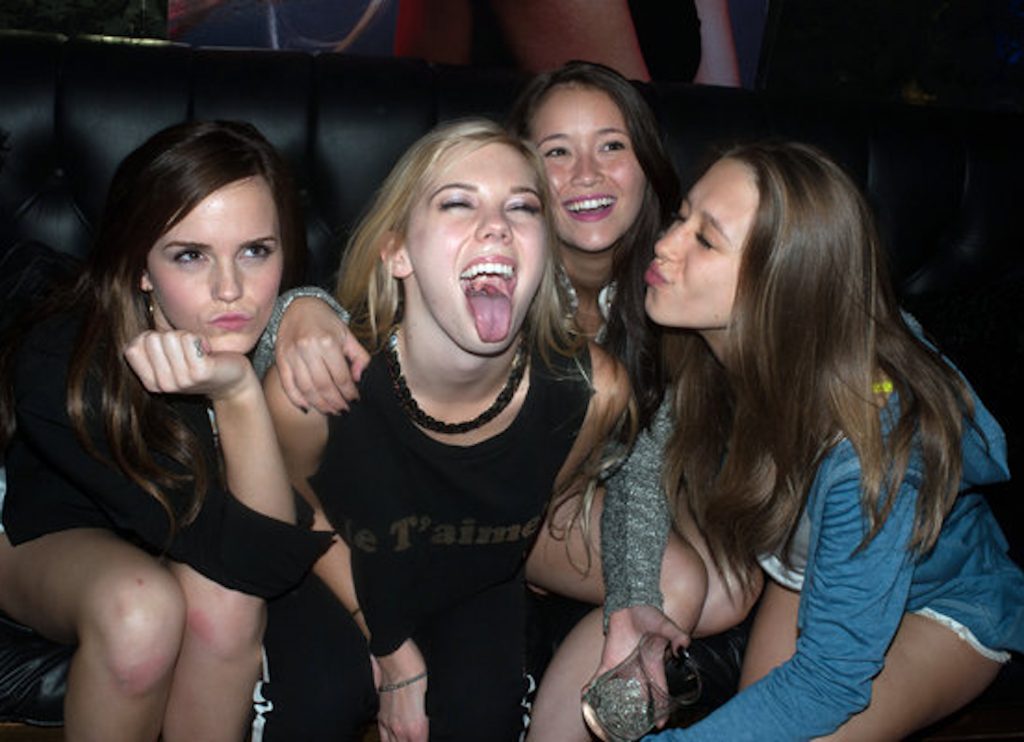 I USED TO BE DARKER

Mineworkers and their Families Fight Joyfully in ‘Harlan County, USA’