Review of The Forecaster by Associate Editor Brigid K. Presecky

The one-sided documentary takes a close-up look at Martin Armstrong, the financial advisor who used pi to “forecast” America’s economic turning points and ended up in prison. The film’s grouchy protagonist takes viewers through his journey of market manipulation, his sentence to jail, and his current prediction of a sovereign debt crisis. (BKP: 2.5/5)

The documentary’s story begins in New Jersey, with Martin Armstrong as the former chairman of trillion-dollar company, Princeton Economics. Through mathematical equations and the use of pi, Armstrong begins advising his company’s financial strategies based on his own economical predictions. People soon begin to learn of his top-secret model when Armstrong correctly calculates the rise and fall of the United States stock market from 1987 to 1989. Not wanting to partake in illegal activities or surrender his secrets, he turns down invitations from multiple New York bankers and refuses to manipulate the market.

When the FBI takes notice of his special “gift,” life as Martin Armstrong knows it is over. With interviews and first-person narration, Armstrong tells his story of how the FBI stormed his offices in 1999 and forced him to release his secret model. When he failed to relinquish his formula, he was sentenced to prison for seven years for contempt of court without trial and was accused of orchestrating a three-billion dollar Ponzi scheme.

Filmmakers Marcus Vetter and Karin Steinberger spend almost the entirety of the documentary interviewing Armstrong and the people closest to him – including his mother – as they recount their own versions of events that occurred during the past decade. The entire film is plagued with skepticism, without any outside voices counteracting Armstrong’s point of view. The newly-released prisoner simply relates his side of the story with a bitter demeanor, vague arguments, and technical jargon.

If a viewer of this film feels a strong tie to the stock market or has a deep interest in economics, The Forecaster may be an interesting watch (Armstrong predicts that a sovereign debt crisis will start to globally unfold after October 1, 2015). However, for the average audience member, there will be little to nothing here that holds their interests. Vetter and Steinberger’s documentary has a slow tempo and unfortunately focuses on a subject that cannot quite sustain your attention for 90 minutes.

Photo: Martin Armstrong takes viewers through his journey of market manipulation, his sentence to jail, and his current prediction of a sovereign debt crisis.

Q: Does The Forecaster pass the Bechdel Test? 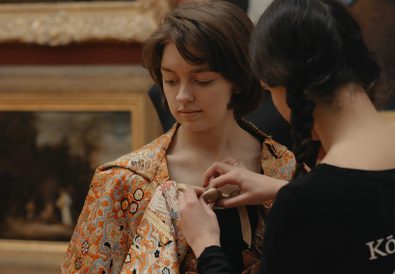