The Tainted Veil offers an in depth study into the history of the veil across cultures. But places much of its focus on the current debate surrounding the hijab in Muslim culture. Directors Nahla Al Fahad, Mazen al Khayrat and Ovidio Salazar deliver a thought-provoking film filled with interviews from people of many backgrounds, opinions, and schools of thought. (JEP: 3.5/5)

The Tainted Veil was directed by Nahla Al Fahad, Mazen al Khayrat, and Ovidio Salazar, and co-written by Stephanie Dopferah and Khayrat. The documentary explores the veil throughout history—its interpretation, significance, and meaning—through a multitude of first-hand interviews.

Although the film does discuss the veil’s role throughout history, its primary focus is the hijab’s role in present-day Muslim culture. Countless women each tell their personal stories about their relation to the hijab, and their personal choice to wear or not to wear it. Some see the veil as a form of protection, while others see it as a restraint. The vastly differing views from women all of the same culture, yet different backgrounds, creates a springboard for discussion.

Throughout history, it has been a long-standing tradition to cover the hair in many different cultures. But what was once the norm is no longer in the modern world. Some countries, such as France, have banned the veil in public schools, the workplace, and public settings. Feeling ostracized from one’s community because of your 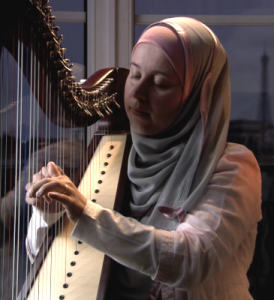 beliefs is sadly not a new concept, but in this case, the banning of the hijab in social settings has cause many women to be out of work around the world. The personal stories, interviews with scholars and others who have studied the veil, all contribute to the dialog that is The Tainted Veil.

Now unfortunately, The Tainted Veil is nothing more than a talking heads documentary, but propelled by a relevant and thought-provoking subject, is not quite as stagnant as most talking head docs tend to feel. That being said, the multitude of varying viewpoints from so many interviewees does make for a compelling argument, but the directors forget to remind their viewers of who’s who, robbing them of the chance to be truly invested in any of their characters.

However, I will say that after watching The Tainted Veil, I was eager to talk about all the information and diverse opinions I had just garnered from the film. A friend and I were out to dinner, and the discussion of the veil across cultures became our main topic of discussion. So directors Al Fahad, al Khayrat, and Salazar did their job of delivering an extremely relevant and thought-provoking film, opening a dialog that exists long after the final credits have rolled. Did the film feel too long, lending to its fare share of sleepy moments? Yes. But is it worth seeing and learning about a topic so relevant to present-day issues around the world? Definitely. 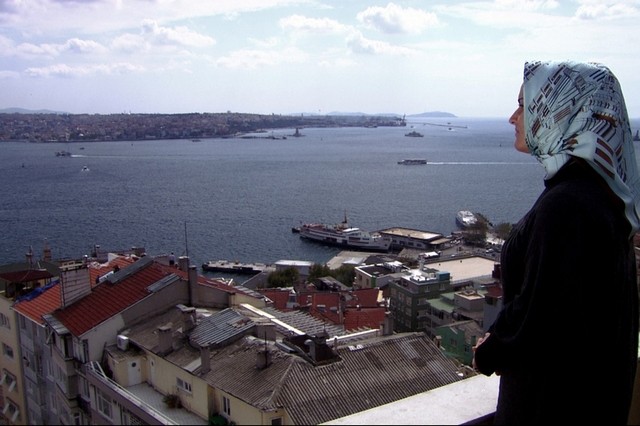 Bottom Photo: One of the many women interviewed in the film.

Q: Does The Tainted Veil pass the Bechdel Test?

Early in the film, a mother and daughter are being interviewed together. They speak about their differing feelings towards the hijab. The mother feels that the hijab restrained and affected her work, so she makes the personal choice not to wear it. While her daughter, chooses to wear the hijab and disagrees with the notion that it constrains you in public or in the workplace.