In typical Kung Fu fashion, the film keeps the laughs rolling as Po meets, “Li Shan” (Bryan Cranston) the only panda to beat him at a dumpling-eating contest. The giant panda turns around and declares that he is looking for his son, that he lost him years ago. Po says, “I’m sorry. I lost my father.” This is just one of the many laugh-out-loud moments for any fans of smart comedy. When Po discovers that Li Shan is his biological father, the two hit it off right away, leading to Mr. Ping’s jealousy and a series of events that drives the rest of the visually stunning adventure. Po travels back to where he came from, the Valley of Peace, to be a master of true chai in order to take down an evil leader, “Kai” (J.K. Simmons). With the help of his friends and family, Po learns the secrets of chi, the secrets of life and living up to his full potential.

Unlike the darker tone of Kung Fu Panda 2, the latest film makes it lighter and more fun while telling an interesting narrative. The premise is simple: defeat the villain. What makes it work, however, is the film’s strong protagonist and supporting characters. Jack Black’s talents – even in voiceover – sustain the nonstop energy that is Kung Fu Panda 3.

The action-adventure will keep the young audiences engaged with vivid imagery and physical comedy just as the irony and “inside jokes” will keep adults entertained.

The overall message will hopefully stay with all viewers as this trilogy comes to an end. Each audience member can see themselves in Po or Master Tigress or Master Mantis or any character that Dreamworks has created in this fictional, animated world. Whether they are clumsy and lost or fierce and brave, these characters have no doubt resonated with audiences of all ages and races for the past eight years … and will for quite some time. 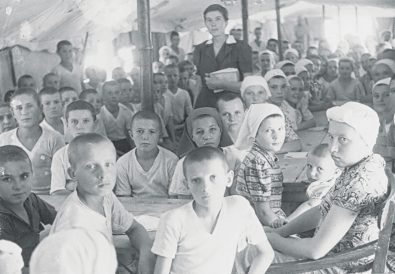