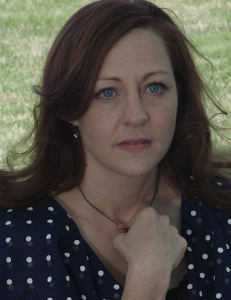 Providence is a silent film that tells a simple, beautiful love story of two people whose lives intersect for 40 years. Without using any words, writer/director Sharon Wilharm creates a heartwarming story about the life’s most fundamental values: faith, hope and love. (BKP: 4/5)

Let me preface this review by saying one thing: I love dialogue as much as Oprah loves bread. I grew up with Kevin Williamson’s teen soap thesaurus and eventually graduated into Aaron Sorkin’s rat-a-tat symphony of sound. So for a film to win me over without using a line of dialogue is an impressive feat.

As the trailer suggests, “What if your soulmate was someone you already knew?” The story of Rachel Cartwright and Mitchel Little is told in three parts: their childhood, their teenage years and their adulthood. The beginning, set in 1974, shows young “Rachel” (Emily Knapp) reeling from the loss of her beloved Grandma Rose and dealing with her unsupportive mother. Meanwhile, young “Mitchell” (Chase Anderson) finds comfort in his Bible and looks towards a life of ministry. After the two meet each other and become childhood friends, the story flashes forward to their high school years with Stacey Bradshaw as cheerleader Rachel and Josh Allen as bookish outcast, Mitchell. The two friends flirt with each other and teeter on the edge of being together, but their ships-in-the-night story is inevitable as Rachel finds a new boyfriend.

Providence jumps ahead to 2014, as a distant Rachel (Juli Tapken) and Mitchell (Rich Swingle) struggle with the hardships of their families and their careers … until they see each other again. Between their shared history and their unfailing faith, these star-crossed soulmates find a way back into each other’s lives for good.

This simple, heartwarming story is rooted in faith and recognizing God’s presence in life. For Rachel and Mitchell, it took 40 years for them to realize why their lives kept intersecting. Viewers will most likely see themselves in this story and reflect on their own childhoods, their high school years or their adulthoods. At times, the acting seems a little over-the-top, but since there is no dialogue to work with, that aspect is more-or-less forgiven.

Writer/director Sharon Wilharm brilliantly constructs a film that spans a lengthy time frame while tying it together with catchy original songs and instrumentals by Sean O’Bryan Smith. One song includes called “We’re All Walking Stories” (written and performed by Jilian Linklater) includes the lyrics, “We’re all walking stories, another page to turn. A paperback expression of a life worth being told. Every step we take, another scribble on the page. We’re all waking stories, so what’s yours gonna say?”

Providence may help you answer that question.

Rachel (played by three different women) has a strong relationship with her grandmother and a weak relationship with her mother. When her mother falls ill, Rachel does everything she can to take care of her. Although, technically, the Bechdel-Wallace Test involves two female characters speaking to each other … this silent film exemplifies the strong bond between Rachel and the women in her life.