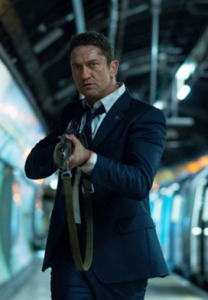 Gerard Butler and Aaron Eckhart star in a predictable, action-packed sequence of special effects. The engaging main leads save the film from being unwatchable, but otherwise …  London has most definitely fallen. (BKP: 2.5/5)

Gunshots here, explosions there. The Olympus Has Fallen sequel is exactly what it intends to be: action. Gerard Butler stars as White House Secret Service agent “Mike Banning,” a soon-to-be-father teetering on the edge of retirement. The United States President “Benjamin Asher” (Aaron Eckhart) is faced with an impending crisis, calling for the Morgan Freeman-led “Situation Room” to spring into high gear.

When Pakistani arms dealers (who disguise themselves as terrorist) attack London, Banning must save President Asher from hundreds of gunshots, a crashed helicopter, a high-speed car chase, stabbers with knives and, of course, fiery explosions.

London literally falls as the city’s iconic structures are bombed (London Bridge, the Tower of London, Westminster Abbey, etc.) However, most of the film revolves around Banning and Asher on the run from terrorists and the people plotting to kill the president.

The most entertaining aspect of London Has Fallen is when Gerard Butler’s not-so-American accent slips up here and there. Like Eckhart, Freeman and co-star Angela Bassett, Butler’s talents are wasted in sea of stunts and a script full of action-movie cliches.

When Butler runs through the streets of London, smashing and shooting everything in his wake, it makes P.S. I Love You seems an Oscar-winning character study in comparison.

If Director Babak Najafi and the screenwriters (Creighton Rothenberger, Katrin Benedikt, Christian Gudegast and Chad St. John) intended to make a film composed of explosion after explosion and help people escape the mundane of their everyday lives, then they succeeded. Maybe this genre is interesting to a particular audience, but London Has Fallen needs more balance in story and dialogue to make it anywhere near entertaining. 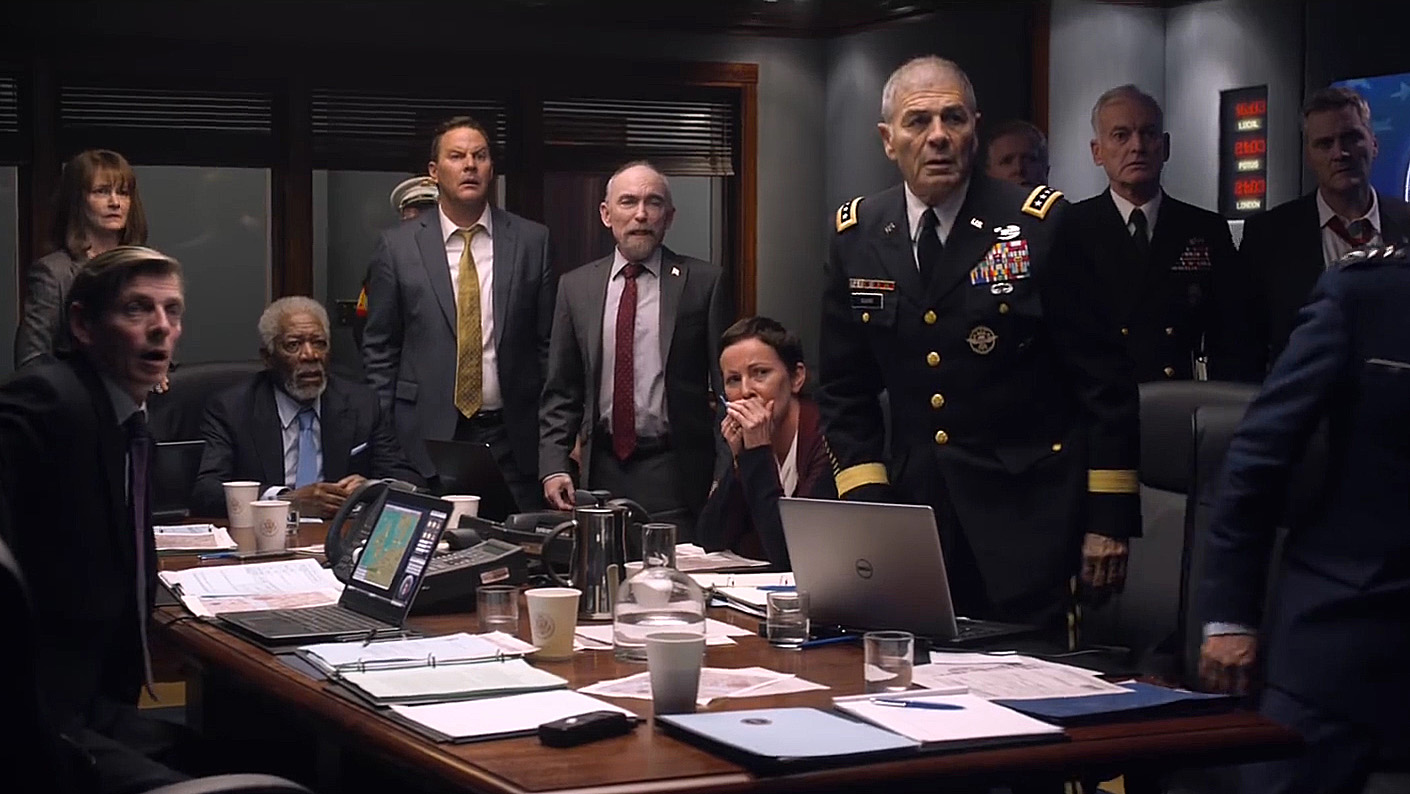 Bottom Photo: The United States of America watches the events unfold in the Situation Room

Q: Does London Has Fallen pass the Bechdel-Wallace Test?

Film Review: ME WITHOUT YOU