Returning home after many years abroad, a French intellectual–now in middle age–finds himself bombarded by memories (with precious few actual face-to-face encounters).

Unfortunately,  director Arnaud Desplechin’s film (which he co-wrote with screenwriter Julie Peyr) is solipsistic in the extreme, and since “Paul” (Mathieu Amalric) doesn’t really seem to care about anyone but himself, it becomes very hard to care much about him. (JLH: 3/5)

My Golden Days is the English title of a new French film called Trois Souvenirs de Ma Jeunesse (Three Memories from My Youth). The film is told in the first person by a character named “Paul Dedalus” (Mathieu Amalric), but three is not quite the right number.

Paul’s first “memory” is actually a short prologue at the front which serves to explain why his mother is physically absent from the bulk of the film (and also explains–but only kinda sorta–why his father is emotionally absent as well). Paul’s second “memory” is a mini-episode about a trip to the former Soviet Union, also brief and just as functional.

The bulk of the film is the third “memory,” which turns into a very long and highly detailed account of his relationship with “Esther” (Lou Roy-Lecollinet), told in the first person, and told completely from Paul’s point of view. In other words, Paul’s interest in Esther’s life is so minimal that she never even gets a last name. (In the credits, the character played by Laure Josnin is merely called “La mère d’Esther”–the mother of Esther–rather than Madame Fill-in-the-Blank.)

I start here–with a focus on names–because naming a Frenchman “Paul Dedalus” is clearly symbolic. Daedalus (a character from Greek mythology) was the architect who built the labyrinth for King Minos. He was also the guy who made wax wings for his son Icarus, only to watch Icarus drown after flying so high that the sun melted them. 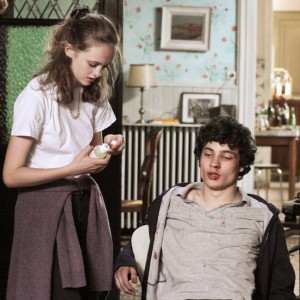 The name Dedalus is equally well-known now in intellectual circles as the Irish protagonist of the James Joyce masterpieces Portrait of the Artist as a Young Man and Ulysses. As Wikipedia explains, it was Joyce who deliberately decided to drop the extra a, transforming the name “Daedalus” into “Dedalus” when he created his alter-ego “Stephen Dedalus.” So if Dedalus is not a French name, then why has Arnaud Desplechin chosen it?

Turns out this is the second film Desplechin has made about Paul Dedalus. The first one was released in 1996 with the English title My Sex Life… or How I Got Into an Argument. Although it launched the careers of Mathieu Amalric (as Paul) and Emmanuelle Devos (as Esther)–both of whom were recognized as “promising” in the 1997 Cesar Award cohort–it seems to have languished in obscurity for two decades. But now that Amalric and Devos have become two of France’s best-known actors, voila! It’s back!

So maybe Desplechin was once inspired by James Joyce to make a French version of the intellectual development of Stephen Dedalus who–like his author–eventually left home and went into self-exile in far away lands where people speak foreign languages. I can’t say because I haven’t seen My Sex Life… But honestly, based on what is now onscreen in My Golden Days, I have very little wish to know any more about Paul Dedalus than I already do. His type–self-absorbed, solipsistic, and cruel, with no empathy and no interest in others–frankly bores me to tears.

Bracket off the first two “memories,” and My Golden Days is a slog. Paul and Esther meet when he is nineteen and she is sixteen, and from the very beginning of his narration, Paul–speaking as a middle-aged man–describes someone who is a figment of his own imagination. Paul uses words like “arrogant” and “self-aware,” preposterous words with which to describe a teenage girl. And so, adult Paul narrates for close to two hours, while onscreen, we watch young Paul (played by Quentin Dolmaire) lust after Esther, make love to Esther, abandon Esther, return to Esther, and finally leave France–and Esther–behind.

Esther’s life–in Paul’s telling–revolves completely around Paul, and even the relationships she has with others during the six years of Paul’s narration are only to make him jealous and cause him pain. What is Esther actually doing with her own life for these six years? Paul doesn’t care, and neither does Desplechin. As director and co-writer, he makes no effort to depict the character of Esther as someone growing more mature over time, or even to show any physical aging on the part of the actress. Surely co-writer Julie Peyr must have known better, but even if she tried to tell him, Desplechin wasn’t listening.

The saddest part of all this to me is that Paul clearly lived a much more interesting life than the one Desplechin has chosen to depict. While the scenes with Esther are set in Desplechin’s hometown of Roubaix (on the Belgian border), young Paul also spends a great deal of time studying at a university in Paris. The intricacies of all of these years in Paris are beyond my poor American brain (heavy on sleeping on strange couches and light on ever reading a book or going to class), but somehow he manages to gain admittance to the office of a prominent African anthropologist named “Professeur Behanzin.” After impressing her with his ability to spontaneously draw an exemplary kinship diagram straight out Claude Levi-Strauss, Professeur Behanzin becomes Paul’s mentor, and eventually Paul becomes an anthropologist too.

Call me crazy, but I found Professeur Behanzin to be a much more interesting character than Paul’s Esther, all the more so since Eve Doe-Bruce puts so much soul into the few brief scenes Desplechin allows her. Hard to believe that I am the only one on Planet Earth who is bored to tears by yet another beautifully mounted but totally phallocentric “coming of age” story that I’ve basically seen a million times already… 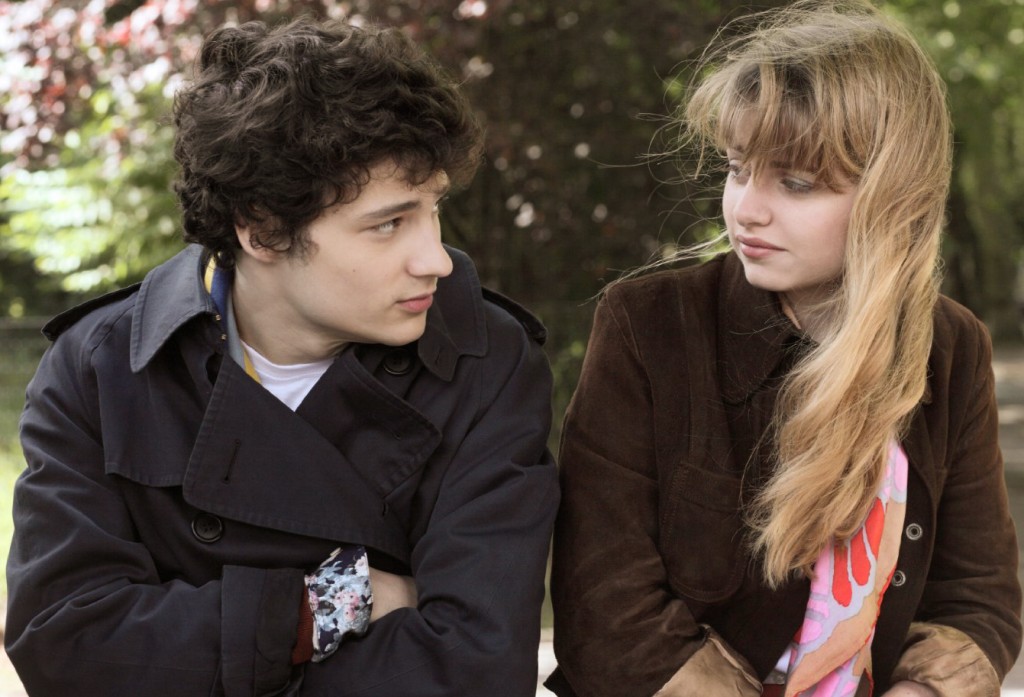 Middle Photo:  Lily Taieb as “Delphine” patches her brother up after Paul gets into a flight over Esther.

Photo Credits: Photos courtesy of Why Not Productions © 2015

Q: Does My Golden Year pass the Bechdel-Wallace Test?

No women ever talk to one another in My Golden Year. Everything revolves around Paul and is filtered through his consciousness.

One Example: Paul and his buddies have a lot of parties, especially once he goes off to Paris and only comes home for brief visits. In one post-party scene, Paul is sitting around while his sister “Delphine” (Lily Taieb) is cleaning up. Delphine is bustling around, but Paul is oblivious. And me? In my head, I am screaming: “Get off your butt and help her, you jerk!!!” ’nuff said 🙁